Connect with us
Aamil Wagner had been talking to Ohio State for months before the Buckeyes offer finally arrived. (Birm/Lettermen Row)

Ohio State football recruiting can be a wild ride full of twists and turns as recruits from all over the country maneuver their way to signing day. Lettermen Row is here to help navigate the tumultuous roads by getting to the heart of the matter with the young football players and Ohio State coaches and staff members themselves. Today, we’re talking with in-state offensive lineman Aamil Wagner, offered by Ohio State this week.

Most of them have gone on to star at Ohio State.

So it’s natural for the Buckeyes to assume that Aamil Wagner, a 6-foot-6, 260-pound offensive tackle, could be next. That assumption gained steam this week when Ohio State decided to pull the trigger on an offer for the talented lineman. Wagner’s own words make it easy to think that.

“An offer from Ohio State is a huge moment for me,” Wagner told Lettermen Row. “Growing up in Ohio, that’s the team you see everywhere and the guys you want to be like when you grow up.“ 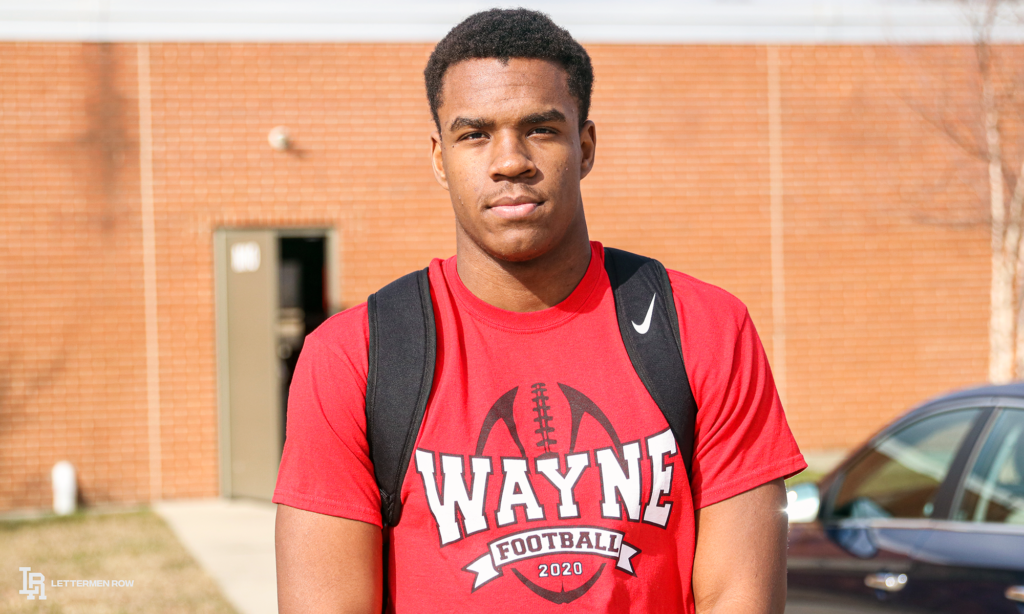 Aamil Wagner is up to 260 pounds and thinks he’ll leave high school close to 280. (Birm/Lettermen Row)

And Aamil Wagner is growing up.

The nation’s No. 13-ranked offensive tackle started his junior year at just about 240 pounds and is now up to almost 260 pounds. Even that number that’s been parsed down because of basketball season, so the body change is coming. Now Wagner is preparing for track season — and not many offensive tackles run the 100-meter dash — before his attention will once again turn fully to football season.

That’s the life of a multi-sport athlete with a crazy athletic profile.

Now that Ohio State has offered, Wagner is going to have a number of big decisions to sort through. He was days away from narrowing down his college list when the Buckeyes pulled the trigger, and he will still do that soon. The only thing he knows for sure is that the Ohio State offer will expand that presumptive list by at least one.

Who else will make the list for Aamil Wagner? Did Ohio State offer too late? How has he tried to gain the weight that the Buckeyes wanted to see him put on? Ohio State’s latest in-state offer took some time to meet with Lettermen Row and appears on the latest Birminology to talk recruiting and more.

Buckeyes can be picky in recruiting search for third 2022 cornerback
High-character, high-motor Xavier Nwankpa is must-get for Buckeyes
Advertisement
Advertisement