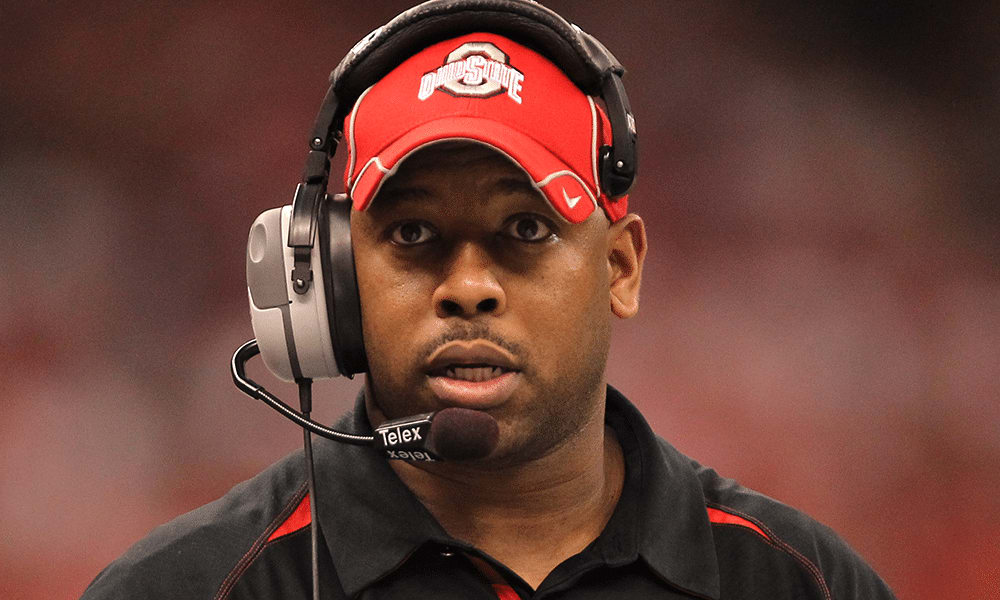 Taver Johnson has very large shoes to fill during his second stint in Columbus. (Photo by Matthew Emmons-USA TODAY Sports)

This is a tricky question, kind of.

To maintain the momentum that Kerry Coombs – and Greg Schiano – had built on the recruiting trail with defensive backs in the last two years would have taken a miracle for that duo to replicate. For two new assistant coaches, who’ve not recruited for this version of Ohio State (obviously Taver Johnson was an assistant under Jim Tressel), there’s just zero way to meet the expectation that Coombs had helped establish.

Coombs’ infectious energy was one thing, and it helped bring in many of the best defensive backs in the country over the last few years. That current Ohio State depth in the secondary is one reason there’s a little slowdown happening. His on-the-field results are another reason that he’s going to be hard to match, of course.

There was one other element of Coombs’ efforts that made him so appealing to recruits though, and it’s part of the reason I think his departure will be felt as strongly as perhaps any other in the Urban Meyer era.

He was supposed to be an Ohio State lifer.

Meyer plucked him out of Cincinnati, where he was a legend as a high school coach and turned him into the living, breathing embodiment of Ohio State’s new football culture. Whether or not Coombs dreamt of being a head coach at the college level or not, no one really expected for him to depart from Ohio State anytime real soon, even after Luke Fickell and Cincinnati put a little scare into Buckeyes fans a year earlier.

Coombs commitment to Ohio football, and Ohio State football, was one thing made him such an appealing option for high school recruits. They knew what they were going to get, and they knew he was going to be in Columbus.

Taver Johnson and Alex Grinch are talented, likable coaches that have great reputations around the country but this generation of recruit has no real idea who they are yet. Johnson’s last go-round in Columbus may as well have been 400 years ago when it comes to culture change, changes in recruiting emphasis and more. Grinch was a hot name because of his success at Washington State but he was not recruiting anywhere near the same caliber of player to Pullman as he’s required to do in Columbus.

To this point, there’s been little momentum for either Grinch or Johnson on the recruiting trail, at least from the outside looking in. The names have not been mentioned with the frequency or fervency that Tony Alford, Zach Smith, Larry Johnson or Greg Schiano when I talk to recruits, and while that doesn’t mean they’re not paying dividends on the recruiting trail, it is at least an indicator that Coombs’ leaving has impacted Ohio State, as anyone should’ve expected it to.

Replacing Coombs was never going to be easy, but there’s still plenty of time for the new coaches in charge of the Buckeyes secondary to make a name for themselves on the recruiting trail.