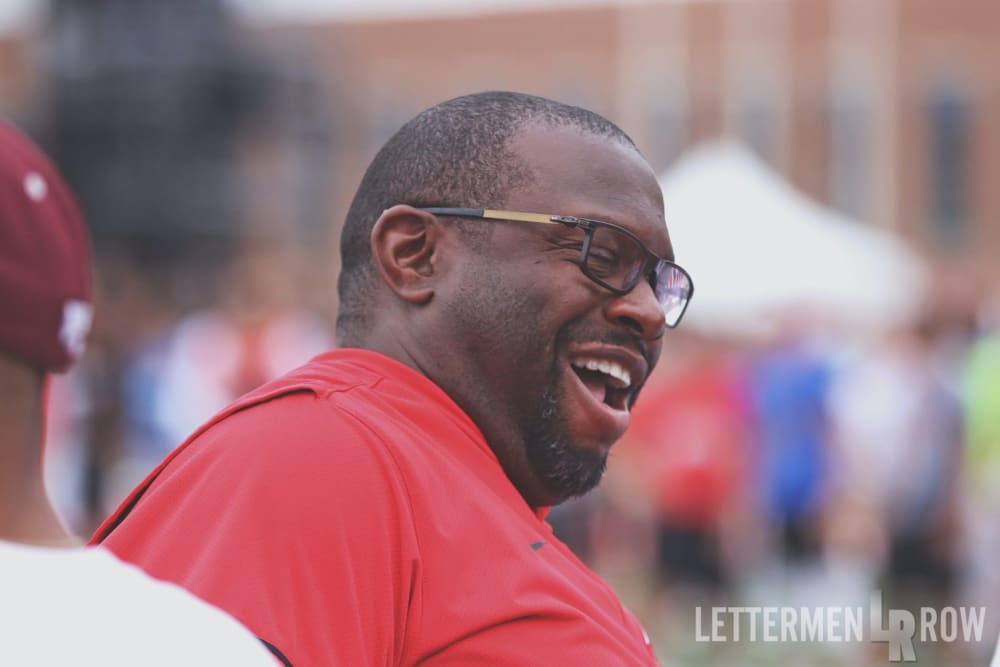 Tony Alford and the Buckeyes have some good problems at running back. (Photo: Birm/Lettermen Row)

What’s the update on Noah Cain?

Ohio State and Noah Cain were at one time a pretty hot item on the recruiting trail, remember? Cain, the country’s fourth-ranked running back in the Class of 2019, visited the Buckeyes three separate times in 2017 and was back in Columbus this past spring. He and Buckeyes running backs coach Tony Alford have a great relationship, but the commitment of Sampson James – and the questions about what position Steele Chambers could ultimately play in Columbus – have given both sides a reason to slow down.

It was that combination of events that all but eliminated Ohio State in the recruitment of Penn State verbal Devyn Ford, but Cain told Lettermen Row he’s comfortable with how the Buckeyes have dealt with the questions he has.

“I’m still good with them,” he said when I asked him about the state of his current relationships with the Buckeyes. “They kept me aware of everything.”

The question now is what does “everything” mean? I personally believe that Chambers will start his college career at linebacker, but even if Sampson James is the only running back committed for Ohio State, it’s hard to see a scenario where a Top 60 player like Cain chooses a school with another top-ranked tailback committed. Is he “afraid” of competition? No, not at all, it’s just the smart thing to do when you’re considering your future, especially when you’ve got great options like Texas, Oklahoma, Auburn, Clemson and a bunch of others out there for you.

Cain is not announcing a college decision until December, but he does intend to narrow his college choices down to five in the near future. You’d think Ohio State would be on that list, but I’ve got a sense that if they make it, it may not be anything more than lip service at this time.

Bottom line? Even though I believe Ohio State would like another tailback in 2019, I don’t believe Noah Cain will end up at Ohio State.