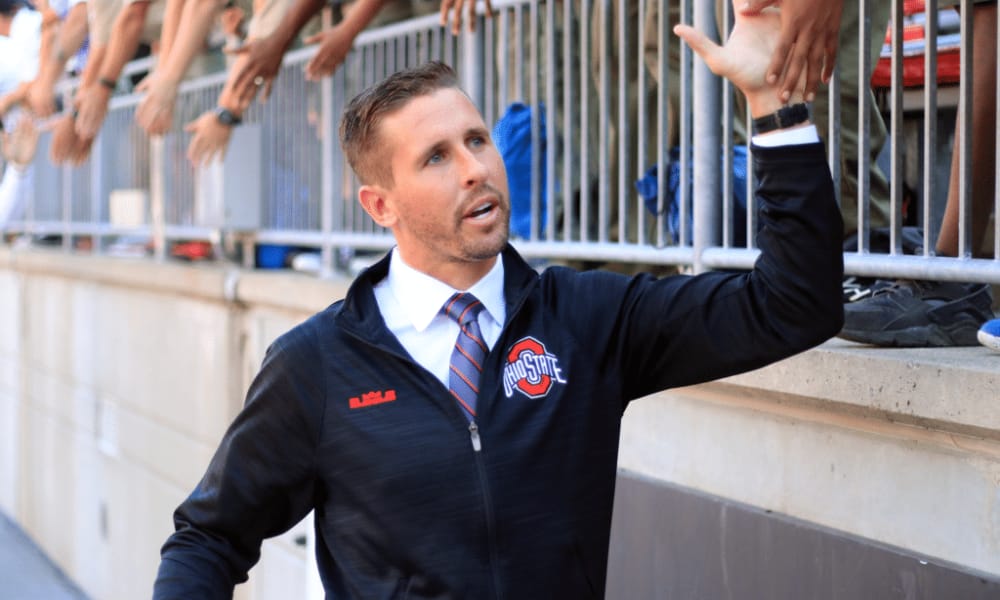 If you’re reading this, you probably knew that. The likelihood of that decision coming brought an easy to predict question of the day for your Tuesday afternoon.

@Birm #RecruitingQuestionOfThDay if Smith is let go of, what would be the effects on WR recruitment and who would replace him

First things first, Zach Smith was one of the better recruiters on the coaching staff. He was able to connect easily and quickly with the kids he recruited, and when he narrowed down his list to a couple of players he really wanted, he rarely missed.

He will not be easy to replace for Ohio State as a recruiter.

The natural choice to try and replace him, though, is Brian Hartline, who has been working with the Buckeyes for the last year and has become an important piece of the wide receivers room in the last few months. Hartline’s NFL experience and attention to detail at the position will serve the Buckeyes well, but exactly how well he’ll do as a recruiter is going to be an entirely separate issue.

Ohio State has not yet named Hartline the wide receivers coach, but even if they do that this week, it’ll likely come with an interim tag as he essentially auditions for the job long-term. Not knowing for sure who will be the wide receivers coach after the 2018 season means there could be some reluctance by recruits around the country to jump on board.

The Buckeyes got good news on Monday night when 5-star wide receiver Garrett Wilson quickly reaffirmed his intention to sign with Ohio State in December.

Wilson’s the lone wide receiver committed right now, but his recruitment has been as much affected by Ryan Day and Urban Meyer as it was Smith. Another Austin (Texas) 4-star wide receiver, Elijah Higgins, is probably closer to Day right now than he has been with Smith, so that recruitment won’t be impacted here.

That is not the case for St. Louis 4-star Marcus Washington, who is just two weeks away from making his college decision. Ohio State and Missouri are the frontrunners, but Smith’s departure at this point in the process is going to be difficult for the Buckeyes to overcome. He doesn’t intend to change his announcement, so take that for what it’s worth.

Another St. Louis standout, Jameson Williams, is making visits to Nebraska and Oregon in the coming weeks. It appears he’ll be taking his recruitment into the fall, which likely is good news for the Buckeyes because they’ll have the chance to re-develop the relationship with Hartline (or someone else) taking over.

Smith’s presence in South Florida, Detroit, Virginia and St. Louis has been well-documented over the years. Ohio State has quarterbacks committed in the Class of 2019 and 2020, so it wouldn’t be a surprise if Ryan Day’s recruiting footprint expanded over the next few months, perhaps being involved with Hartline on the road.

Whatever happens, Smith won’t be an easy guy to replace, but few programs in the country are as well equipped to do that as Ohio State.

What’s next for Ohio State football after firing wide receivers coach Zach Smith?
Trying to figure out how many cornerbacks Ohio State will take in 2019
Advertisement