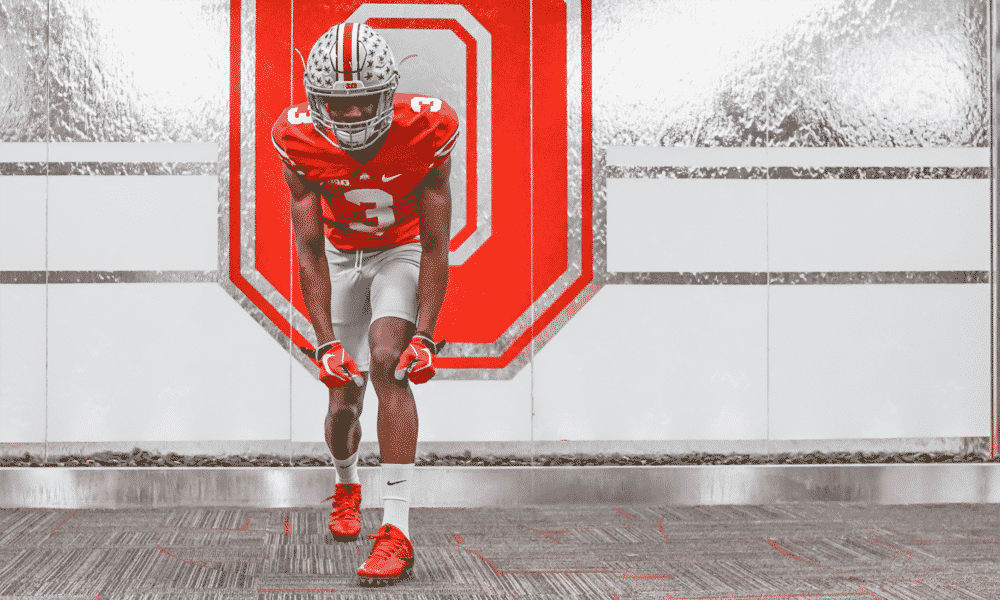 Ohio State’s 2018 football season officially kicks off this coming Friday and the Buckeyes are fresh off a major late-July recruiting weekend, one that could have serious implications for their 2020 recruiting cycle.

But we’re going to keep talking wide receivers and Ohio State because it’s a position that’s pretty important in the Class of 2019. It’s also one that right now is providing more questions than answers for the Buckeyes.

Is the WR board getting reshuffled now with Hartline in charge? Regarding guys like Washington and Williams maybe heading elsewhere now.

The short answer, Anthony? Yes, there will be some serious board reshuffling.

After months of being the public leader for St. Louis 4-star wideout Marcus Washington, I’m here to tell you that ship has officially sailed. When he makes his college decision on Aug. 7, it will not be Ohio State getting his commitment. Decide for yourself the reason things changed with this situation or feel free to wonder if Missouri was always the actual favorite, but it really doesn’t matter.

Jameson Williams, another St. Louis standout, is absolutely the top remaining wide receiver target on Ohio State’s board, as he had been for months prior to Zach Smith’s dismissal. I don’t know that the Buckeyes are necessarily losing ground here or that Williams is heading elsewhere, but his weekend visit to Oregon ended with a one random Ducks-tilted selection on the 247Sports.com crystal ball pages. I’m not sold on that happening yet. Ohio State interim wide receivers coach Brian Hartline has no doubt made expanding his relationship with Williams a top priority for the rest of this current recruiting cycle.

Here’s where it gets really tricky, though. After Williams? There’s no discernible board to really look at.

Yes, there are a handful of players Ohio State remains highly intrigued by as prospects. We’ve talked about those names over the last two months and nothing has really changed with guys like Elijah Higgins, David Bell and Kyle Ford.

Higgins is a special talent and a really top-tier kid off the field, but questions remain about exactly what type of role he would play in Columbus. Is he an outside guy? An inside guy? Is he eventually a tight end? The one shift that could result here is that, because of the coaching change, there may not be as large a divide on the coaching staff when it comes to Higgins.

David Bell is a really talented young man from Indianapolis, but the Buckeyes have never been able to get a real good feel for him over the last few months. They tried to make him a priority, and it was just never blatantly reciprocated. For now, I think this recruiting chase is dead in the water.

Kyle Ford is perhaps the country’s most sought-after uncommitted wide receiver. There’s zero doubt that Ohio State would want him and take him today– whether Zach Smith, Brian Hartline or my Uncle Jeff coaches the wide receivers. The problem? It’s not likely. He’s never been on campus. Yes, he continues to suggest an official visit is possible, but until that happens it’s almost impossible to get optimistic about his recruitment.

The Buckeyes do really like Frankfort (Ky.) Western Hills product Wandale Robinson, though he remains more of slot receiver and return guy. He’s small, but he’s remarkable with the football and dynamic out of the backfield at wide receiver or on special teams. He visited Alabama this past weekend, and the Crimson Tide, Michigan, Nebraska, Purdue and Kentucky are the competition for the Buckeyes.

The clock could also be a factor here, because he’s expected to decide toward the end of September. He’s taken official visits to Michigan and Purdue already and has two scheduled for September at Nebraska and Alabama. So the Ohio State staff has limited time to secure a relationship with a new coach, lock in that final official visit and then seal the deal.

I have said that there wouldn’t be much of a drop off in wide receiver recruiting with the coaching change, and that is something I stand 100-percent behind. That does not mean that the 2019 cycle is going to end with things exactly as folks expected. The fact of the matter is that every coach has different guys they like, different criteria they’re searching for and different methods of recruiting.

It also doesn’t mean that transition will be without hiccups. The good news is that the Class of 2020 isn’t far away.