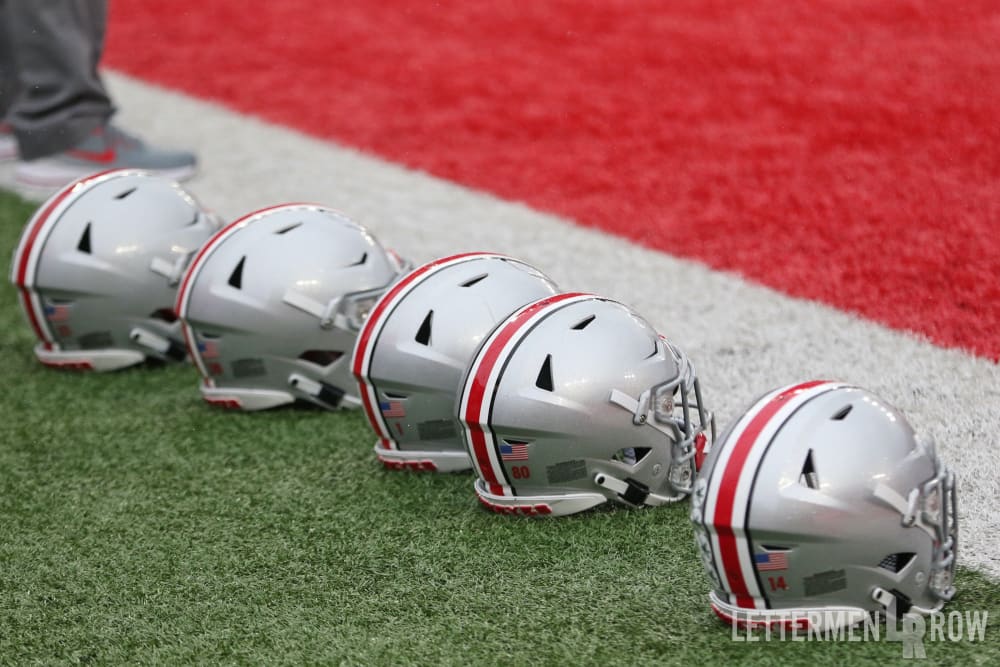 Ohio State's history, tradition and people are the reasons why so many kids pick the Buckeyes. (Birm/Lettermen Row)

Have a question about Ohio State recruiting? This is the place for you, five days a week. Submit your questions on Twitter or on the Lettermen Row forums. Check in daily to see what’s on the mind of Buckeyes fans all over the country, including today’s look at what makes Ohio State so appealing to recruits from coast to coast.

Good afternoon everyone, I hope you’re reading this in a place of comfort, warmth and relative dryness as we here in the Midwest continue to be washed out by a nonstop rainfall that’s covered the last three days.

The Ohio State football team is off to an expectedly good start, blowing out their first two opponents 129-34. And the Buckeyes are entering the work week preparing with their first big test on their minds, a neutral-site matchup against TCU.

You have other things on your mind, though, including today’s Recruiting Question of the Day which asks:

What are usually the top areas of influence for recruits committing to Ohio State? (Facilities, NFL chances, competition, coaches, etc.)

If you’re not a fan of the Buckeyes, you may want to stop reading now. This is going to sound like a commercial for the Ohio State program and I know we’re to remain unbiased at all times, but since it was asked …

Kids choose the Buckeyes because they are one of two programs in college football history to have 900 wins. It’s a program that has maintained historical greatness for almost a century, rarely dipping into mediocrity for any kind of extended stretch and generally maintaining its place in the upper echelon of college football.

Recruits choose Ohio State because the school is a good one academically. There has been a major commitment to improving Ohio State’s educational profile in the last 20 to 30 years, and it’s paid off from a national reputation perspective.

Kids choose to commit to the Buckeyes because the tradition of the football program is unmatched across the college sports landscape. The Block O, Hang on Sloopy, the O-H-I-O chant, the Heisman winners, the Big Ten titles, the national championships, the NFL success and the majesty that is Ohio Stadium aren’t things found just everywhere. The pageantry of college football can be explained no better than by visiting Columbus on a fall Saturday.

Ohio State is, and has remained, one of the biggest names in football because of the names who’ve been entrusted to run it. Paul Brown, Woody Hayes, Earle Bruce, John Cooper, Jim Tressel and Urban Meyer to name a few. The current steward is undeniably one of college football’s best-ever coaches, and he is the reason why the program has grown to new, almost dizzying heights. Kids want to play for Urban Meyer, because they know Urban Meyer will lead them to wins, and they know now of his commitment to helping them achieve success after football thanks to Real Life Wednesdays, a program that is being copied by every major program around the country.

There are many reasons recruits pick the schools they do, but so many of the top recruits in the country find themselves drawn to Ohio State because it’s one of the very few places in college football that checks every box. The tagline on the bottom of official Ohio State graphics reads “The People. The Tradition. The Excellence.” and that, in a nutshell, is the answer.