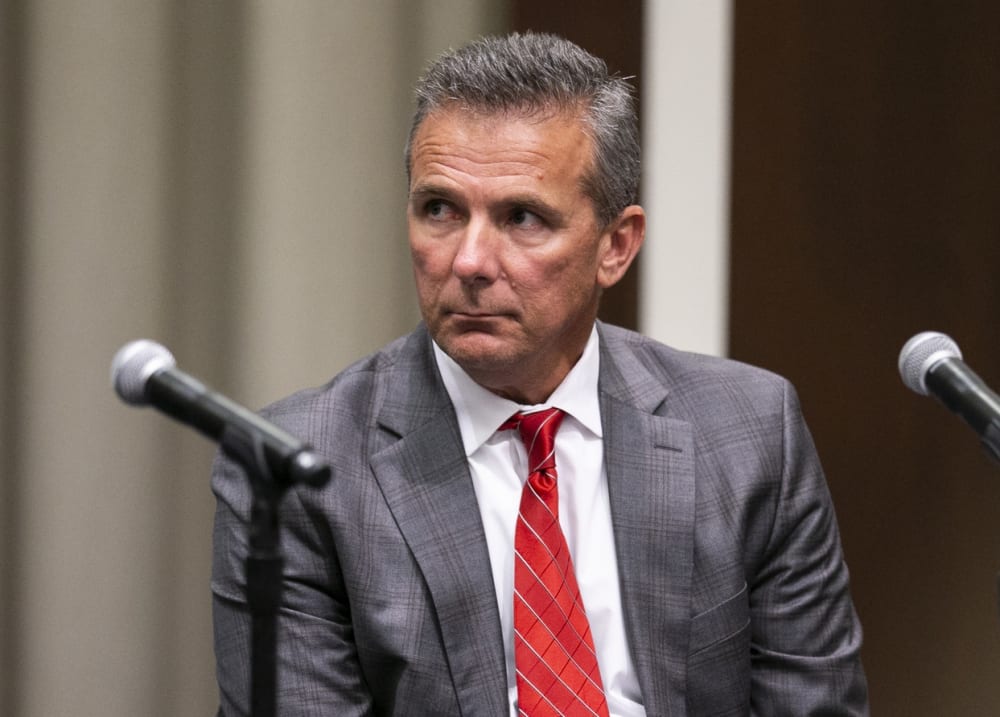 Have a question about Ohio State recruiting? This is the place for you, five days a week. Submit your questions on Twitter or on the Lettermen Row forums. Check in daily to see what’s on the mind of Buckeyes fans all over the country, including today’s question about Urban Meyer’s suspension and how it impacted potential commitments.

Good afternoon friends, and thanks for checking in one more time with Lettermen Row and giving me a chance to wax, sometimes poetically, about Ohio State recruiting for you.

Recruiting Question of the Day is here, and today we’re diving into the depths of your psyche, the dark recesses of your brain where you begin to wonder and worry about Ohio State’s lack of recruiting momentum in the wake of the Urban Meyer and Zach Smith issues that have plagued the program since the end of July.

Do you think recruits are nervous about being the first to commit following the saga?

Let me start by saying this: Ohio State’s lack of momentum is concerning, but if we say it’s all a result of the Urban Meyer saga, that’s not entirely honest. The truth here is that Ohio State has been going kind of slow in the Class of 2019, and that was the case before Meyer’s administrative leave began on Aug. 1.

Zach Harrison’s scheduled announcement in August was going to be delayed with or without Meyer at the helm in Columbus. Kane Patterson was likely going to decommit after receiving his offer from Clemson at some point, and Meyer’s suspension just opened a window for him to do it a touch earlier than he otherwise may have. Ohio State began losing its grip on Odessa, Texas defensive back Peyton Powell on July 30, the day he was offered by Oklahoma.

There was not a lot of real positive things happening in the Class of 2019. I guess that’s what I’m trying to say. Why is that? That’s anyone’s guess, though a subpar class nationally, a lack of high Division I talent in Ohio and a three new assistant coaches certainly hasn’t made it easy.

In the last seven or eight weeks, a couple of different recruits have wanted to commit to Ohio State, but not from the 2019 class. The players that wanted to join the program were told, essentially, to hold off until Meyer returned so that things could be properly evaluated. So, no, I don’t think anyone is nervous about being the first to commit to Ohio State now that he’s back.

I think, again specifically talking about the 2019 group, that there’s just not a lot of players out there that the Buckeyes love. There are dudes they want, for sure, like Harrison, Jameson Williams, Wandale Robinson and a few others. But at the moment, there is not a lengthy recruiting board full of next-man-up options.

That said, I do believe there will be a swing of momentum at some point, and it could start with just one verbal that leads to two.