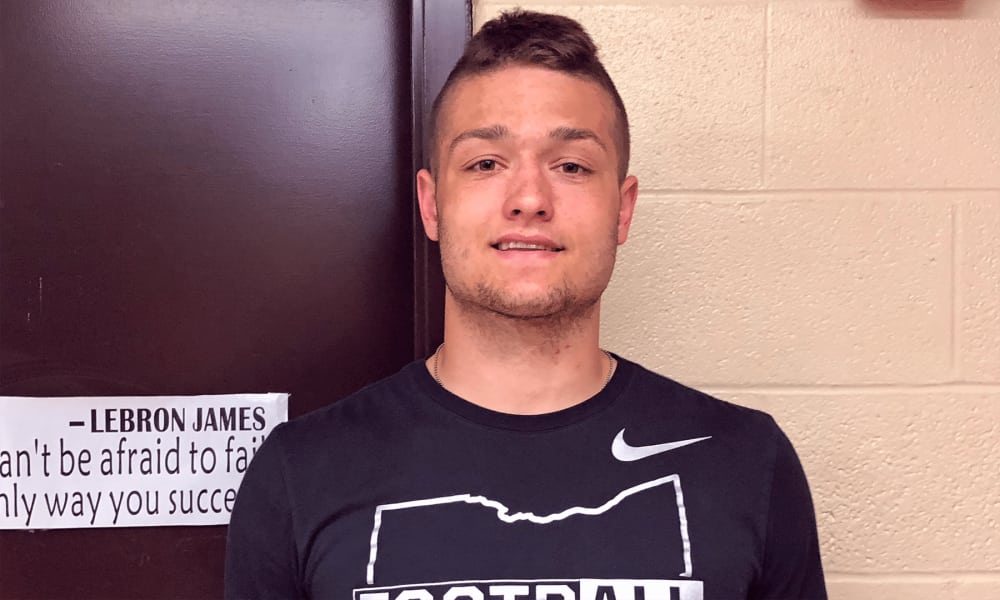 I’m interested in linebacker recruiting.  In recent years, it’s been pretty easy to identify the staff’s top targets.  This year – outside of Cade Stover – it doesn’t seem to be a big topic.  Are we stacked and only taking 1-2 linebackers in this class, or is the quarterback recruiting just overshadowing the conversation because of the uncertainty?  Or both?

To answer your question, I think there’s a bit of confusion on exactly how many linebackers Ohio State has committed right now.

So we know Cade Stover, the 4-star outside linebacker from Lexington (Ohio) is a linebacker. What we don’t know is if Steele Chambers, the talented two-sport/two-way athlete out of Roswell (Ga.) is a linebacker or a running back in college. He could be either and that changes the recruiting approach for the Buckeyes at both positions, obviously.

For the purpose of this exercise, we’ll assume that Chambers will start his collegiate career at running, which is his desired outcome.

The Buckeyes missed out on Brandon Smith, a 5-star talent from Virginia who recently committed to Penn State. Shane Lee, a 4-star linebacker from Baltimore that had visited Columbus almost half-a-dozen times in the last two years, committed to Alabama. Neither of those things came as a surprise to the Ohio State coaching staff, even if they were a bit more disappointed to lose out on Smith.

If you want to get a grasp on whether or not linebacker is an important position this year, just look at the Buckeyes offer board. They’ve offered four inside linebackers (players anointed as such by the 247Sports.com rankings) and 13 different outside linebackers. It’s clearly a priority position for them, and it should be if you examine the makeup of the current Ohio State roster.

In the middle, I think the most likely option out of the players with an offer is St. Louis (Mo.) 4-star Shammond Cooper, who called Ohio State is “dream school” when the Buckeyes offered in 2017. Whether or not they’ve been aggressively pursuing him in the time since is the question.

On the outside, you’ve got Stover committed, so you’d probably see just one more unless it’s a player that projects to move inside. Ohio State is hosting Tennessee 4-star Kane Patterson on Wednesday, and they’ll see Florida’s Rian Davis on Thursday. The Buckeyes are also in the mix for West Bloomfield (Mich.) 4-star prospect Lance Dixon, who is looking at an all-Big Ten final five.

Patterson is being recruited as an inside guy and will make his college decision sometime near the start of August, Dixon is in the midst of official visits right now – he’s heading to Penn State this weekend – and Davis continues to be linked heavily with the Buckeyes despite have no relationship to speak of with linebackers coach Billy Davis. If Billy Davis and the Buckeyes are interested, they have a shot to land him, they just need to let him know.

How many they end up taking by the time signing day gets here? That’s up in the air as numbers shake out. Either way, there’s no shortage of interest or options. We’ll discuss those a bit more next week when we look at Class Warfare: Linebackers.