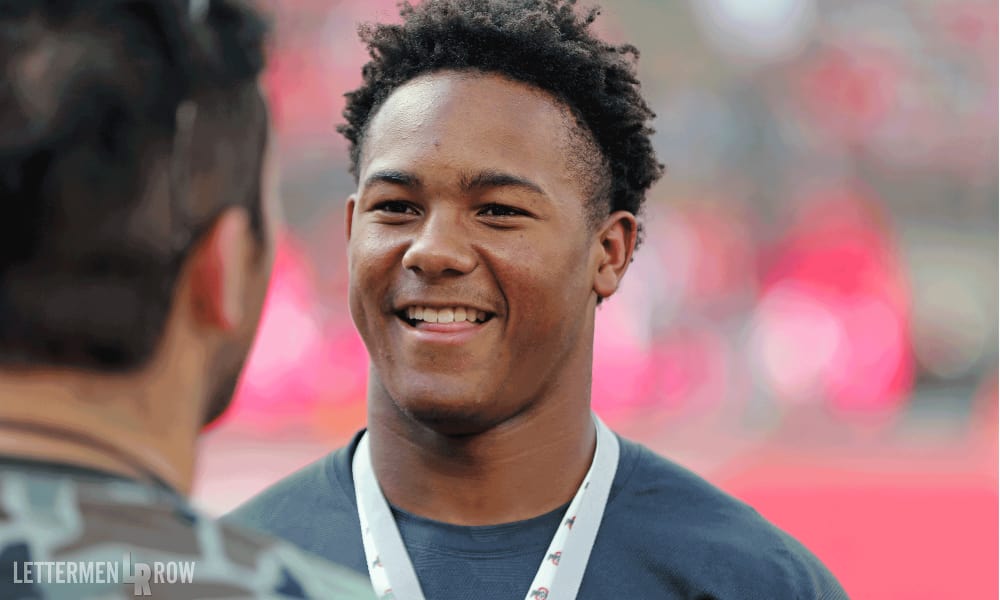 Have a question about Ohio State recruiting? This is the place for you, five days a week. Submit your questions on Twitter or on the Lettermen Row forums. Check in daily to see what’s on the mind of Buckeyes fans all over the country. Today we’re talking about Ohio State’s need with wide receivers in 2019.

Welcome back to the daily grind and the Recruiting Question of the Day. I’m your host, Birm.

We’re just about two full months away from the first signing day period in the Class of 2019, and Ohio State is still looking for a lot of answers on the recruiting trail. One area that the Buckeyes are faring well, though, is at wide receiver, where they’ve landed arguably their two top targets at the position, 5-star wideout Garrett Wilson and 4-star speed-burner Jameson Williams.

What makes that more impressive is that interim wide receivers coach Brian Hartline has done that despite uncertainty around his position. The question for today is this: How many more wide receivers will Hartline and Ohio State try to land this year?

Is Ohio State thinking of taking 4 wr's (Wilson, Williams….)? Are those Robinson and Washington? Is it even worth listening to the Haselwood to Ohio State chatter?

We’ll start with the last part of this question, because it may be the least relevant but easiest to answer. If 5-star wide receiver Jadon Haselwood wanted to come to Ohio State, they’d take him in a heartbeat, no matter how many other players are committed at the position. That said, the Buckeyes are going to be one of five or six teams linked to this former Georgia commit over the next month or two, but of that group, I’d put them in fifth or sixth place to land him. If Haselwood decides to take an official visit to Ohio State on Nov. 24, which he may, it’s nothing more than a Hail Mary attempt for the Buckeyes.

Now, moving on to the heart of the matter here. I don’t think, based on conversations that I’ve had, that four receivers are realistic for the Buckeyes in 2019 unless the fourth was a player of Haselwood’s stature.

Ohio State is all in on Wandale Robinson, and they’ll know his decision on Nov. 1. If the Buckeyes land Robinson, I believe that will be the end of receiver recruiting in this cycle even though they are likely to lose four of their top six players at the position after the season. The total numbers needed to frivolously add another player at the position are just not there.

That means quality players like David Bell, Elijah Higgins, Marcus Washington, TreVon Morgan and others are likely on the outside looking in if they’re all hellbent on being wide receivers at the next level.