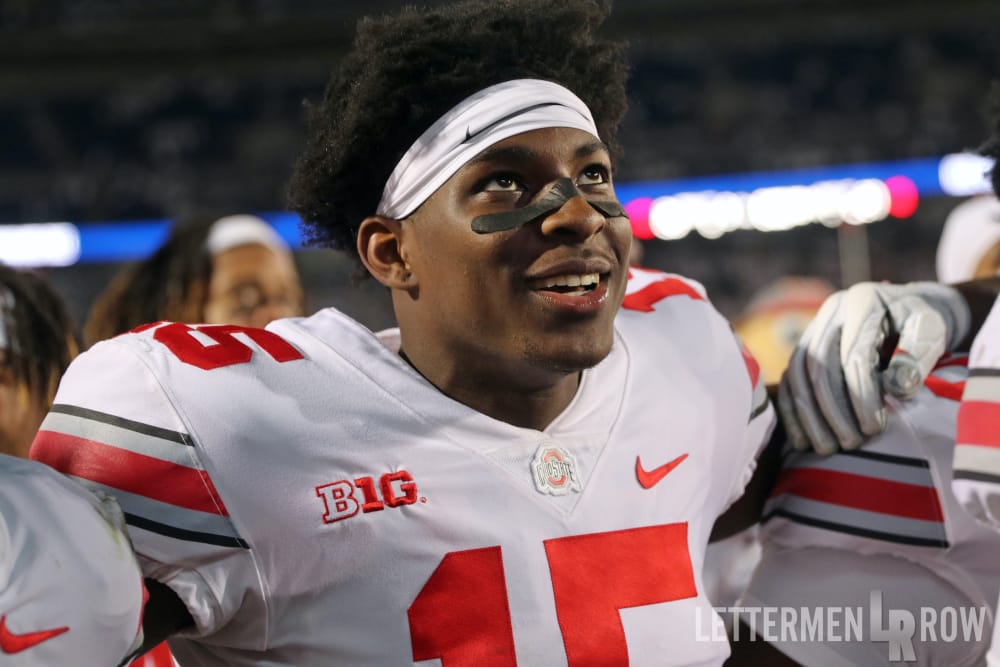 Have a question about Ohio State recruiting? This is the place for you, five days a week. Submit your questions on Twitter or on the Lettermen Row forums. Check in daily to see what’s on the mind of Buckeyes fans all over the country. Today’s question is about how recruiting is impacted when Ohio State freshmen don’t see the field.

So, the weekend got weird, didn’t it?

Though we’re just two days removed from Ohio State’s embarrassing loss to Purdue on Saturday and still full of questions about it, it’s time to move forward. Yes, fans can impact recruiting and the biggest way that can be done is by showing up for the next home game at noon and cheering louder than ever before.

Anyway, let’s just get straight to today’s Recruiting Question of the Day. It’s an interesting question because it has a multifaceted answer, I think.

Buckeyes' heralded class of freshmen have not seen the field much and have had very little impact this season. do you believe this is hurting us on the 2019 recruiting trail?

First of all, sure, recruits are watching to see if freshmen are playing at the schools they’re considering. Most of the players being recruited by the Buckeyes are the cream of the crop nationally, and those guys want to play when they get on campus.

Ohio State is one of the most prolific recruiting programs in the country and the way Urban Meyer and his coaches have sparingly used true freshmen hasn’t slowed them down — yet.

However, when you see a defense struggling the way the Buckeyes are right now and there are former 5-star prospects like Josh Proctor and Tyreke Johnson waiting for a chance to play, it’s fair to wonder exactly how they’re so far behind the guys that are playing. If a highly-touted freshman like Teradja Mitchell isn’t getting used anywhere but special teams, do high school seniors start to question how they’d be used in Columbus?

Sure, some do. Some just think they would be the exception and believe if they were in college, they’d play more. The thing is, when recruiting the caliber of player that Ohio State does, it’s usually a very confident, very capable player. Plus, the Buckeyes are playing these kids a lot on special teams, giving them a chance to get acclimated at the college level and to prove their fit within the program.

J.K. Dobbins was a full-time starter as a true freshman. Nick Bosa was basically one, as well. There are other examples out there that showcase the willingness to play true freshman a ton if they’re a truly special player, but the Ohio State method is working right now and getting a lot of guys to the NFL with far less wear and tear on their bodies. That’s the selling point, right?

“Come to Ohio State, learn the program, play special teams for a year, then develop into an NFL prospect as you rotate into the lineup as a sophomore and leave after your junior year.”

As the business of college sports changes, more kids around the country are getting savvy to how they can use the schools and not vice versa. I think more kids are going to be appreciative of the chance to still get tons of NFL exposure without needing to risk big-time physical damage from three straight years of getting beaten up. At least that’s what I would be telling these kids if I was the one recruiting them.