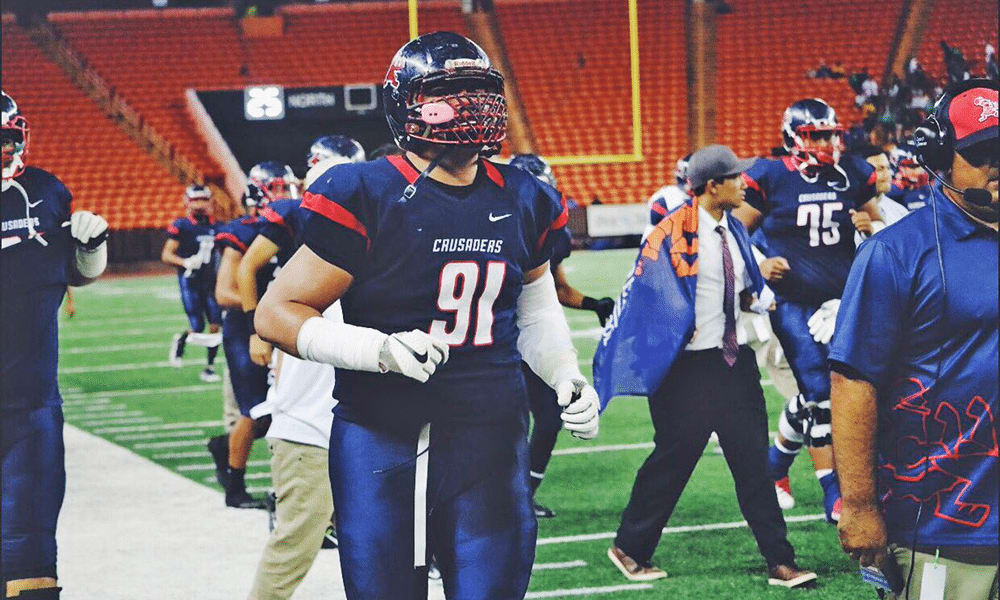 Welcome to the Hump Day (HHUUUUUMMMMPPPP DAYYYY!!!) edition of Lettermen Row’s Recruiting Question of the Day. Today, I’ve decided to write as I speak when I’m not trying to sound like a very serious recruiting analyst.

This afternoon we’re talking about the players that we don’t talk about, the guy who’s stock seems down, but never out? The guys that seem like a dream but end up on your favorite team?

A player who it didn’t seem Ohio State could land, despite the fact he was always in high demand? Then suddenly, as if out of nowhere, he signs with your squad — like Nicholas Petit-Frere?

Who is the five star that we aren't talking about right now, that will be a February signing day guy?

Yes, folks, that’s what we’re talking today, and the truth is that it’s not an easy thing to say. Players from all walks of life and from all over the nation, require different level of recruitment, different layers of investigation. Ohio State starts to vet thousands of players very early, but it’s impossible to know everything you need to know, surely.

There are times when you think a prospect is landed, but he bolts for Clemson and leaves you empty-handed. As a program you’ve searched for a list most thorough, but just how far down your depth chart do you have to burrow?

Are you recruiting a player that is playing the slow game? A kid that is nationally known or maybe some under-ranked no name?

For this exercise here it’s 5-star talent we’re covering, a name on the list that’s just been there hovering? Ohio State usually finds a star or two, late in the process when the recruiting cycle is almost through. I mentioned the 5-star tackle from last year, but that’s certainly not the only case of that here.

Do you remember the signing of safety Vonn Bell? He wasn’t going to be a Buckeye, as far as anyone could tell. Then, as signing day’s clock wound down Urban Meyer got the call, much to the dismay of every single Vol.

As we look at the recruiting class of 2019, it’s hard to find guys that haven’t already been seen. For the sake of this story we’ll cross the Pacific, where a defensive tackle with Ohio State interest lives — Faatui Tuitele, to be specific.

Tuitele visited Ohio already this year, and that’s one of the reasons he’s my choice right here. Yes, Alabama and USC are teams in the mix, but there’s still months on the calendar before any school is the pick. An official visit to Columbus has long been the plan, and if any staff can win a recruit and his family during that period, Ohio State’s can. After signing a pair of top-10 tackles in the Class of 2018, the Buckeyes can afford to wait for a future star this year, do you know what I mean?

Ohio State has offers out to Etinosa Reuben, Tyler Smith and D’Von Ellies, though none of the talent is as obvious at Tuitele’s. If the Buckeyes waited and opted for just one player position, I think he’s a prime candidate to be the surprise, close-to-signing-day addition.