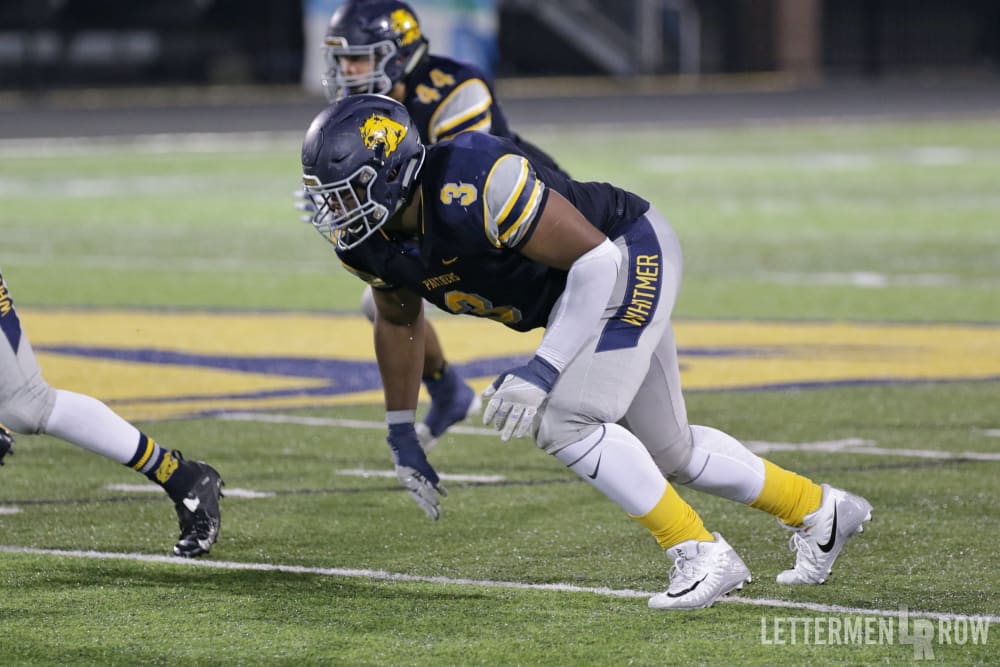 Toledo Whitmer's Cavon Butler has decided to sign in December because he's afraid the spot he wants will be gone if he doesn't. (BIrm/Lettermen Row)

Have a question about Ohio State recruiting? This is the place for you, five days a week. Submit your questions on Twitter or on the Lettermen Row forums. Check in daily to see what’s on the mind of Buckeyes fans all over the country. Today’s question is about the pros and cons of the early signing period as Ohio State looks to lock up its 2019 class.

This is year 2 of the early signing period. How has that changed recruiting so far in your opinion? Possibly more emphasis on season success?

Man, I know the opinions on the early signing period are varied. But as I’ve looked at over the last two years, I just don’t personally like it.

I don’t think it’s turned out well for the people it was designed to help: The kids being recruited.

There are obviously situations where a player wants to shut things down and end the incessant calls, letters and contact from recruiters and sign with the school he’s chosen. I understand that and know why it’s pointed to as a positive for proponents of early signing.

But far too often, the early signing period is nothing more than leverage for schools in the battle to land a player they’re afraid to lose later in the process.

Let’s look at the case of two players still on the fence for Ohio State in the Class of 2019. These are not examples of what every player is going through, of course, but I think it’s a common enough occurrence for me illustrate why I’m personally against the early signing period.

Toledo Whitmer’s Cavon Butler is a 3-star defensive tackle committed to Kentucky. He was offered by Ohio State in October, and since then he’s been debating his final choice while trying to make sure his academics are in order to prevent any questions from being left unanswered about his ability to get into his school of choice. Ohio State, Kentucky, Michigan State and Alabama have all been hanging around. Until a week ago,  Butler had fully intended to sign in February after being sure of his academic standing.

Now, though, because of the early signing period, Butler feels compelled to sign in December. Why? According to sources in his recruitment, it’s because he fears he won’t have a spot at schools if he waits. 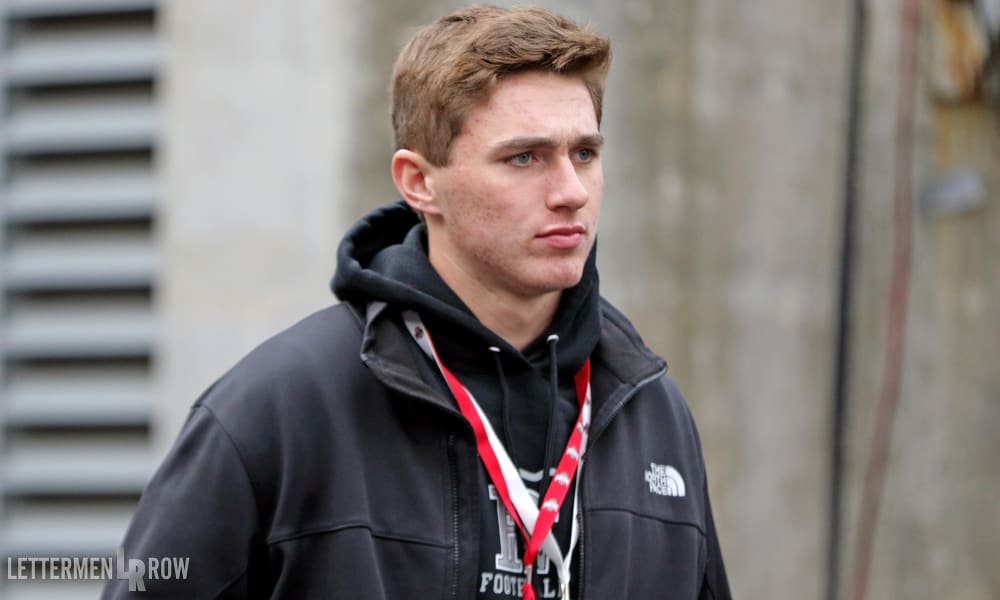 Tyler Foster is set to sign with Ohio in a week unless Ohio State offers before then. (Birm/Lettermen Row)

He’s now put in a position where he’s leveraging his options against his own future. And if a college coach is telling him he needs to sign or be left without any options, it’s flat-out misleading and incorrect. If a school wants him bad enough to sign him in December, it should provide him the same opportunity to do so in February after he’s sure of his academic situation.

Tyler Foster is a very talented 2019 tight end committed to Ohio. He’s been courted fairly aggressively by the Buckeyes in the last six weeks, making three different visits to the school since October. Ohio State is interested in offering, but at the moment isn’t sure where they stand with scholarship numbers while a host of players inside the program contemplate their futures. Foster intends to sign on Dec. 19, presumably with Ohio if the Buckeyes don’t offer before then, and while he’s happy to head to Athens, you have to wonder if it makes more sense for him to wait another six weeks to see what happens with Ohio State.

Would Ohio really not save his spot if he needed that extra time? I know it’s not an ideal situation for a college coaching staff to be in, because replacing him in six weeks or less isn’t easy. But this process is supposed to help the kids not the schools, right?

If a player wants to sign early, that’s great. If he doesn’t, he shouldn’t have his future leveraged against him by schools that will immediately begin trying to recruit over him once the ink is dry on his Letter of Intent.