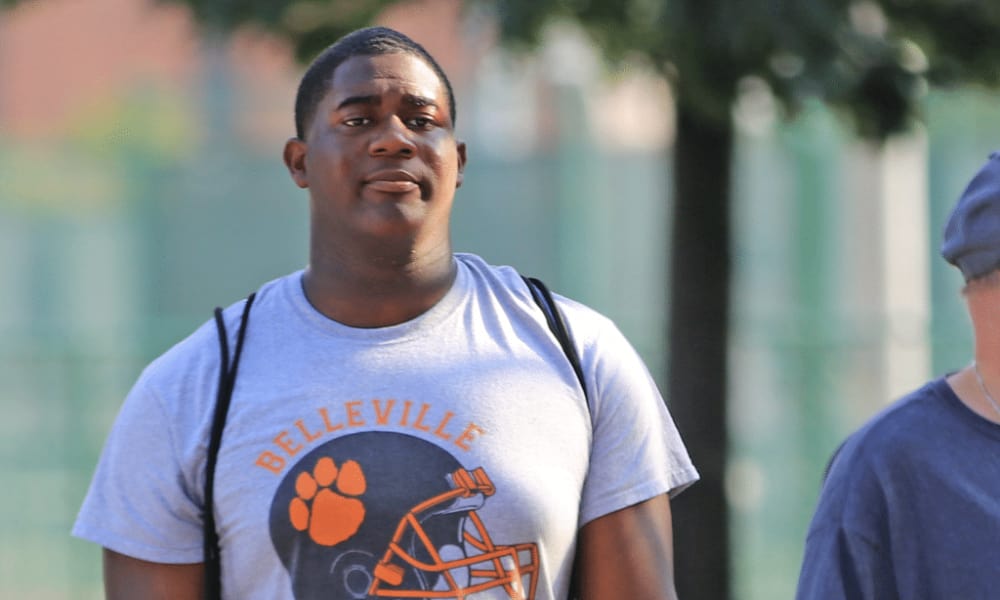 Thanks again to those who contributed to the Question of the Day series. Today’s most pertinent query comes from Twitter:

With Dobbs off the table, will there be more effort to land Allen and Wright?

In case you missed it, 5-star offensive tackle Devontae Dobbs is off the table for Ohio State after committing to Michigan State on Monday. The decision is not as surprising as the timing of it, but Michigan State clearly controlled the recruitment for the last few months. And after losing Dwan Mathis to the Buckeyes on Sunday, the Spartans needed a big momentum boost on the recruiting trail — and the verbal from Dobbs certainly gives them that.

Dobbs was obviously one of the top tackles on the Ohio State recruiting board and had been for almost two years. Losing him now hurts, especially to an in-division rival. Offensive tackle is a position of major need for the Buckeyes, and though many of my followers on Twitter seem to suggest it shouldn’t be, let me try to explain why.

Ohio State’s current offensive tackles on the roster: senior Isaiah Prince, sophomore Thayer Munford and two true freshmen in Nicholas Petit-Frere and Max Wray. I believe there’s a good chance Wray could move inside before his career is over, and I think the same can be said for tackle commitments Ryan Jacoby and Doug Nester. Whatever you feel about the position at present, the Buckeyes are trying to add at least two more to the position in 2019.

That’s all I need to know in order to say it’s a position of real need.

To the original question, though: Where do the Buckeyes go from here?

Ohio State did have 5-star offensive tackle Darnell Wright on campus over the weekend. Wright is the nation’s top-ranked tackle and undeniably the top target left for the Buckeyes. There is what I would call “cautious confidence” in that pursuit, but there’s a long way to go before a decision is made. There’s also plenty of competition with Alabama and others on the upper-crust of college football still heavily invested.

Beyond Wright, I think the next top target for the Buckeyes is Maryland’s Walter Rouse. Unfortunately for Ohio State, they’re entering the recruiting dead period without yet getting the 6-foot-6, 285-pound Rouse on campus. That’s a major stumbling block, especially because schools like Notre Dame and Penn State have already hosted him. There’s an uphill fight here, but the longer his recruitment goes, the better for the Buckeyes. I’ve got no doubt that he’ll be a top priority for them when July ends.

Trevor Keegan is a name that was pretty tightly linked with Ohio State, and he did visit the school a week ago. But Michigan is surging, he has family ties there and he’s been a priority for the Wolverines. That last part is important, because it has not always been the case in Columbus. Are the Buckeyes too late to turn the momentum back their way? That’s the question here, and I’m not personally optimistic about the answer.

Then there’s Dayton Dunbar’s Jonathan Allen. Whenever Ohio State opts in — seriously in — to his recruitment, there’s little doubt he’ll choose the Buckeyes. But there are a handful of years between now and when Allen would be ready to play in Columbus. He’s a project with a good frame at tackle to tinker with and develop, but he’s not the answer Ohio State fans should be looking for in the short term.

The Buckeyes are going to have to reshuffle the deck at the position and new kids are going to pop up, of course. However, right now, it’s Wright — or wrong.