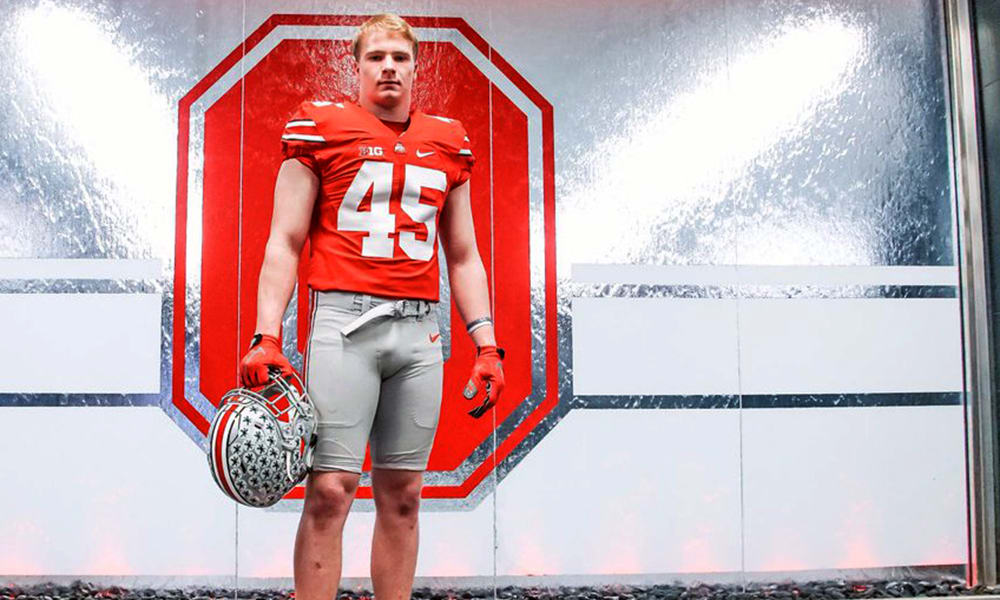 Have a question about Ohio State recruiting? This is the place for you, five days a week. Submit your questions on Twitter or on the Lettermen Row forums. Check in daily to see what’s on the mind of Buckeyes fans all over the country. Today we’re looking a little closer at the players Ohio State is trying to flip from other schools, like Cleveland’s Tommy Eichenberg.

This is the frustrating nature of recruiting sometimes, but let me say that if Ohio State had offered three of these four players I’m about to mention over the summer, all three would be committed to the program already. To be clear, none of these three camped with Ohio State for their own reasons, and there’s no doubt that plays a role in deciding when and if an Ohio prospect adds an offer.

(Side note: If you’re a recruit reading this and wonder why Ohio State isn’t offering and other schools are, ask yourself if you went to Columbus and showed them why they should offer in person.)

Since evaluation of in-state players remains a bit more methodical and camp-based, none of these guys picked up an offer until senior game-film became available to the Ohio State coaching staff. Because of that, each player committed elsewhere during the summer months.

So, to get to the actual question, here are five names that the Buckeyes are actively trying to flip from other schools.

Ohio State is always a threat to flip players late, especially within the state of Ohio, but this cycle has been a wild ride in a number of ways. It feels like nothing is coming easily. I do believe that as long as Cavon Butler’s academics are in order, he’ll eventually end up in Columbus, though.

Eichenberg is playing out his recruitment slowly, and that’s not a bad thing as he tries to decide now between sticking with Boston College or flipping to Ohio State or Michigan. He’s become a major priority for the Buckeyes and is a player that a few important folks inside of the Ohio State program were stumping for well before earning his offer.

Duplain, when offered, seemed like a recruit that may flip quickly. But then he immediately returned to Michigan State for a visit and things have slowed down a bit since then. The Spartans have once again been looking like a competent football program, and that can make it harder for a player to justify a flip. Will Ohio State continue to wait it out here or move on? Usually Ohio State won’t offer an in-state player committed elsewhere unless there’s confidence he’ll eventually flip, but Duplain has stayed firm with Michigan State.

Ohio State has a major uphill battle with Marcus Crowley. But it’s my belief that right now he’s the top target at running back, and he will make an official visit with the Buckeyes this weekend. Miami has been his long-time favorite, but I don’t think a player that is solidly committed to a school for a long time makes this visit unless he’s truly interested in the school. Running backs coach Tony Alford and Ohio State have made a big push in his recruitment in a short amount of time, and I wouldn’t be shocked at all if he ends up signing with the Buckeyes.

Lastly, there’s Ole Miss verbal Nick Broeker. He’s been offered by the Buckeyes for a few weeks now and told Lettermen Row last week that he’s been in contact with them nearly every day since. He will take an official visit to the school at some point, though it’s not yet scheduled. He’s a player that I suspect will flip to the Buckeyes if he’s really given the chance to.

There you have it: Flip Season is upon us.