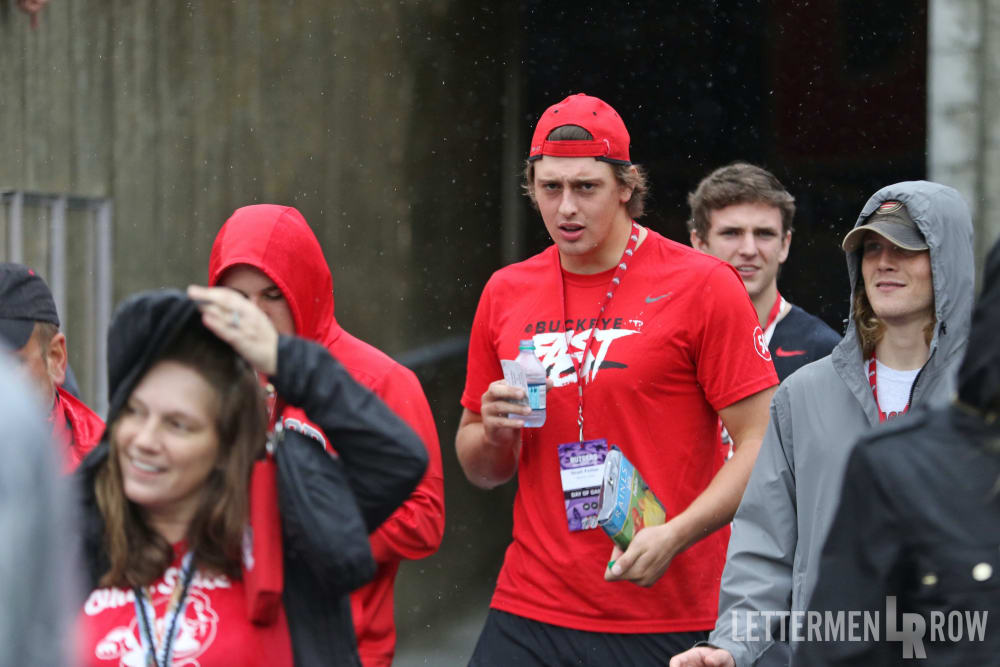 Will Noah Potter be the only defensive end in Ohio State's 2019 recruiting class? (Birm/Lettermen Row)

Have a question about Ohio State recruiting? This is the place for you, five days a week. Submit your questions on Twitter or on the Lettermen Row forums. Check in daily to see what’s on the mind of Buckeyes fans all over the country. Today we’re talking about what the Buckeyes should do at defensive end in the Class of 2019.

My question is if Harrison goes to TTUN then do we go after another DE or sit idle with Potter and MAYBE Stover? Any chance we get a visit from Nolan Smith and if so do u think we have a shot?

I wrote on Monday about Ohio State and some of the options it has in the Class of 2020. In that story, I mentioned that I was writing it from a point of view where Zach Harrison chose a team other than the Buckeyes.

To put it bluntly, I do believe that Harrison will commit to Michigan at some point, and I think that the majority of people close to the Buckeyes, even if they’re not giving up the chase, believe he’s fading away from them.

If that’s the case, it’s worth noting that Ohio State has opted not to begin extending offers to other defensive ends in recent weeks. That seems like a pretty good sign to me that if they don’t land Harrison — or Nolan Smith, who is expected to take an official visit in December — they’ll leave the position alone in 2019.

Harrison feels like a long shot. Smith substantially longer than that.

Noah Potter has been a rock in the Ohio State recruiting class since his commitment, and he’s a good-looking young player that has a lot of upside. Is his ceiling as high as Harrison or Smith? Probably not, but he’s a good prospect in his own right. I tend to agree that Cade Stover is a guy similar to former Ohio State star Sam Hubbard that develops and grows into a defensive end, so that could be providing a little cushion for the Ohio State staff and could help explain the recent offer to linebacker Jestin Jacobs, since Jacob’s offer was in no way connected to how the Buckeyes feel about their chances to land Tommy Eichenberg.

There are good players out there that remain uncommitted, but we’re just a little over a month away from signing day. After almost two years recruiting Harrison exclusively, there may not be time for Larry Johnson and the rest of the Ohio State staff to make real headway with a new candidate as it is. That’s the risk that’s run putting all the eggs in one proverbial basket, but the Buckeyes went out of their way to show Harrison he was the only guy they’d chase. If they weren’t comfortable with only Potter and Stover, I don’t believe that would’ve been the case.