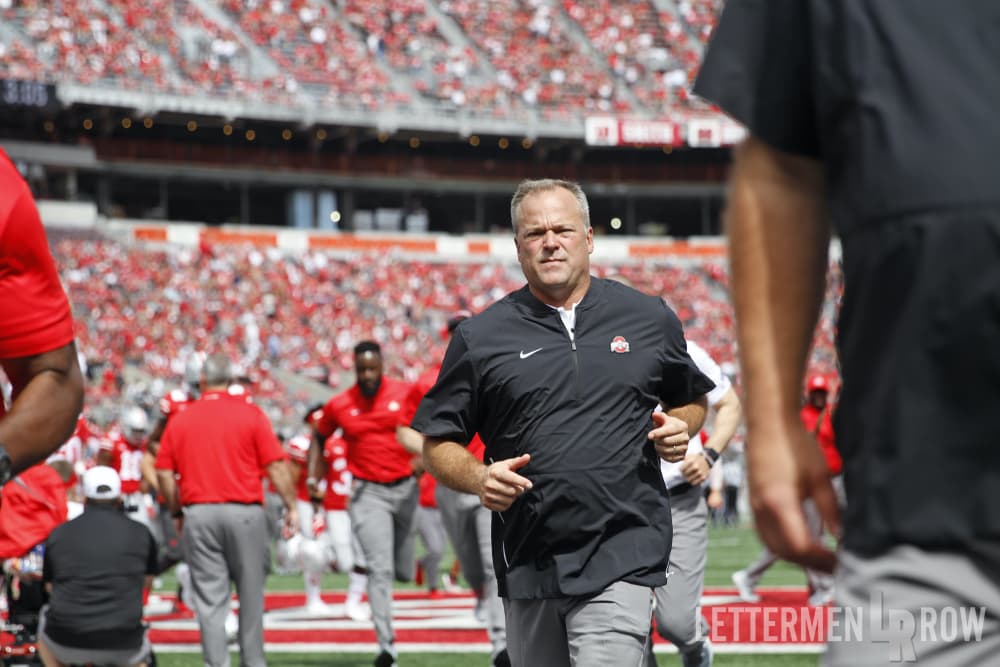 Ohio State linebackers coach Billy Davis has had an inconsistent run with the Buckeyes. (Birm/Lettermen Row)

Have a question about Ohio State recruiting? This is the place for you, five days a week. Submit your questions on Twitter or on the Lettermen Row forums. Check in daily to see what’s on the mind of Buckeyes fans all over the country. Today’s question asks how possible coaching changes could impact Ryan Day’s first signing class.

How might potential assistant coaching changes (OL/LB) impact the 2019 class?

There are going to be a ton of interesting subplots and stories in the wake of Urban Meyer’s retirement and the subsequent announcement that Ryan Day would become Ohio State’s next head coach. One of them is most certainly who Day retains on his first coaching staff and which current assistants end up on a different sideline next year.

Day was the pick for the Buckeyes because he’s the best choice to keep the program moving in the right direction on the football field and off of it. His recruiting talents are unmatched on Ohio State’s staff, and now we’ll see if his ability to build a staff is upper level as well.

How he builds his coaching staff is going to have a major impact on how his first year-plus goes as a recruiter, too.

Let’s call a spade a spade though, OK? There are going to be coaching changes at Ohio State. Even if Meyer didn’t retire, there needed to be moves made at Ohio State. Alex Grinch, Taver Johnson and Brian Hartline weren’t on the coaching staff a year ago, and there certainly was not this underlying fear of a program being on the brink of disaster. It’s a program that has routinely changed assistant coaches throughout Meyer’s tenure because that’s how the legendary coach always preferred it. He didn’t want stagnant. 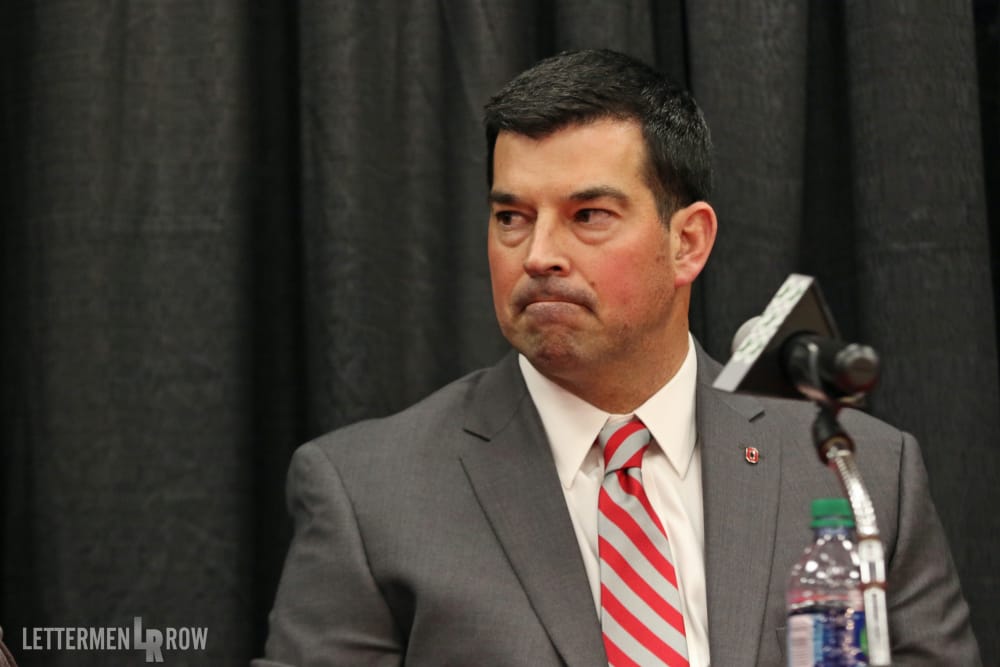 Ohio State coach Ryan Day has decisions ahead of him on his first staff. (Birm/Lettermen Row)

But Ohio State is and always will be bigger than one person. There are obvious deficiencies with some coaches on the current roster of assistants, and if Ryan Day wants his career to start the way he needs it to at Ohio State, he’s going to need to make changes.

Before doing that, though, he needs to sit down with the players in question and explain to them why he needs to and how his future hires will give players a better chance to fulfill their potential. If they choose not to believe his message, that’s on them, I suppose. But what’s not changing at Ohio State is far more important for player development than what is.

Losing Meyer is hard to swallow, but so much of what he built will remain in Columbus and it was handed over directly to Day.

If that’s not enough reason for kids that grew up loving and dreaming of Ohio State to remain committed to the future of the progam, I don’t know what could be.