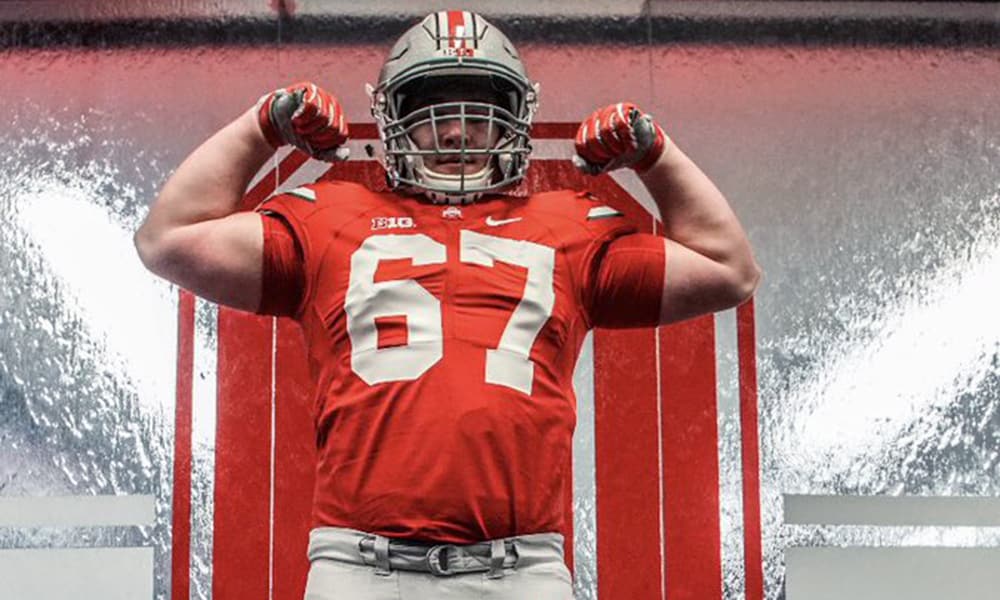 Have a question about Ohio State recruiting? This is the place for you, five days a week. Submit your questions on Twitter or on the Lettermen Row forums. Check in daily to see what’s on the mind of Buckeyes fans all over the country. Today we’re talking about how the early signing period has affected Ohio State within the Buckeye State’s borders.

This will be the 2nd year of the early signing period do we start to see a change in the way the staff recruits in state? The extra couple of months of eval/flip time has really been scaled back and the guys we used to get late could be gone.

It’s pretty clear that something has Ohio State changing its approach in the last month or so, at least in the Class of 2019. Is that because of the general vibe that it needs a kickstart? Is it because of the early signing period? I think the answer to both questions could be: Maybe.

Ohio State is extremely deliberate in most cases when recruiting kids from Ohio. That has always been the case, even under John Cooper and Jim Tressel, but it is definitely more the case under Urban Meyer. The best way for Ohioans to speed up their evaluation from the Buckeyes is by making sure they camp in Columbus after their sophomore season and after their junior season. Unfortunately as the recruiting calendar has sped up, many seem to believe just doing that following the sophomore year should be enough.

That’s just not the case. To expand on an idea voiced by LeBron James a few years ago: In Ohio, nothing is given, everything is earned.

A player that has big-time talent — and not everyone does — must be willing to show the coaching staff that he wants the offer because it means something to him, not because another Big Ten school offered and Ohio State is supposed to automatically love him.

If a recruit doesn’t camp with Ohio State and commits elsewhere before the senior season starts, the staff is almost always going to wait until the midway point or end of that year to offer, period. That’s when they see film and can evaluate a player’s game since they didn’t get a chance to do it at camp like the Buckeyes would’ve preferred.

The sped-up nature of the recruiting process may be good news for people that cover recruiting, but it’s not a good thing for coaches or for players, in my opinion.

Either way, Ohio State has offered Tommy Eichenberg, Cavon Butler, J.D. Duplain and now Jestin Jacobs from Ohio in the last month, a major recruiting push from the Buckeyes for four players that are all committed elsewhere — and none camped with Ohio State this summer.

Signing Day is in six weeks. Each of those players will likely be pushed by the school where they’re currently committed to sign at that time. That means the Buckeyes are kind of up against the wall. Previous to this new, early signing period, an offer in October gave Ohio State three or four months to build a relationship. Now they’ve got only five or six weeks to try to salve any potential hurt feelings about the perception of a late offer, a perception often driven home by the team that these players have been committed to already.

Do you see how convoluted this all can get? Nothing is easy anymore, friends.