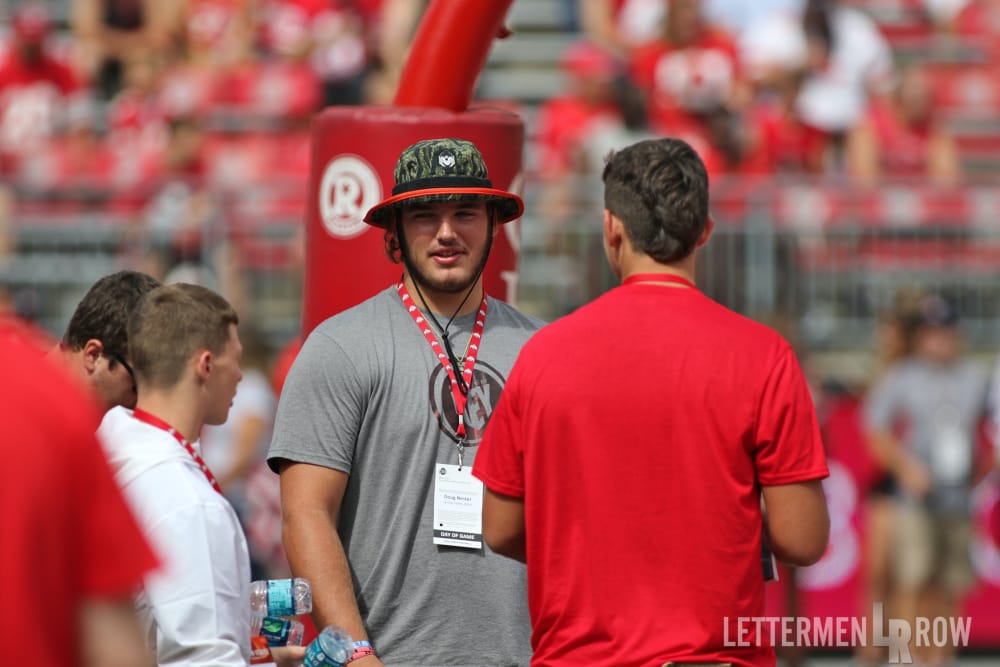 Doug Nester took a visit to Virginia Tech this season, but things seem solid with him and the Buckeyes. (Birm/Lettermen Row)

Have a question about Ohio State recruiting? This is the place for you, five days a week. Submit your questions on Twitter or on the Lettermen Row forums. Check in daily to see what’s on the mind of Buckeyes fans all over the country. Today’s question is about the Buckeyes 2019 commitments and where the program stands with each of them.

We’ve talked a bunch in the last few months about how weird this recruiting cycle has been for the Buckeyes, a byproduct of off-the-field drama in Columbus and the general ebbs and flows that often follow a couple really great classes in a row. The Buckeyes are 7-0 on the field and absolutely in the fight for a national championship, but they seem to be lacking any real momentum with their recruiting class.

Confident the remaining 2019 commits sign? There was some recent crystal ball movement on Jordan Battle.

This cycle has seen two decommitments for Ohio State. Linebacker Kane Patterson reopened his recruitment and then quickly committed to Clemson in August. A day after the Buckeyes beat Indiana 49-26, running back Sampson James flipped to the Hoosiers in one of the more surprising recruiting decisions in the entire 2019 class.

So, it’s hard to blame the Buckeyes right now if they’re feeling a little uneasy. Losing commitments to Indiana and worrying that a hometown 5-star prospect is more likely to pick Michigan than Ohio State isn’t putting people in the best of spirits.

In an attempt to feel better about things, let’s take a look at the 2019 class and ask the tough questions: Who is still looking around?

To avoid any sort of confusion, I think it’s best to just talk about the guys who have visited anywhere else this season. Maybe that’s a dangerous game to play since James hadn’t publicly visited Indiana and still flipped there. But there’s no reason to talk about guys like Cade Stover, Garrett Wilson and Harry Miller, etc. They’re not going anywhere, and neither are guys like Craig Young, Cormontae Hamilton, Ronnie Hickman, Noah Potter or Ryan Jacoby.

In my mind, the only real threat to leave the 2019 class right now is still 4-star Florida defensive back Jordan Battle. And honestly, I don’t really think there’s much real concern at present.

Yes, Battle has taken an official visit to Oklahoma recently. Yes, he’s still likely to take an official visit to Alabama and then either LSU or Florida. Still, the communication between Battle and Ohio State remains very strong, and there are not any of the telltale signs that something truly bad is happening for the Buckeyes. Battle has some questions in the wake of the Zach Smith/Urban Meyer controversy, and his family wants to get them answered in person.

Offensive lineman Doug Nester did visit Virginia Tech earlier this season. The Hokies finished second in his recruitment, but the first commit in the 2019 class for the Buckeyes hasn’t indicated any unease with his choice and there’s no concern from their side.

At this point, when it comes to Ohio State’s 2019 class, rest easy. This has not been Urban Meyer’s best recruiting class to date, but right now there aren’t any real concerns about losing current commitments.

Buckeyes fall in latest poll after tough week of losses