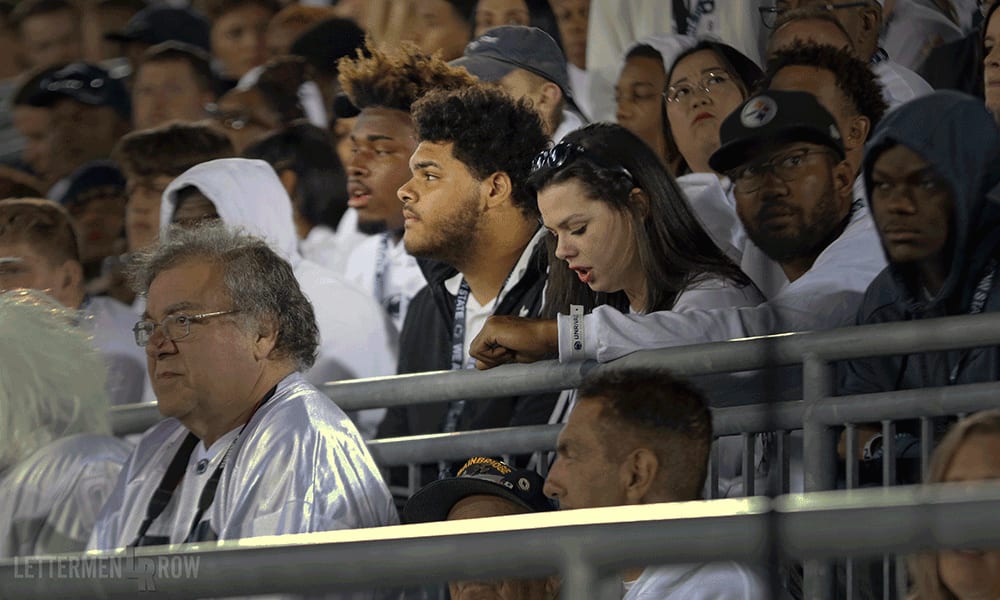 Have a question about Ohio State recruiting? This is the place for you, five days a week. Submit your questions on Twitter or on the Lettermen Row forums. Check in daily to see what’s on the mind of Buckeyes fans all over the country, including Tuesday’s question about the big game in Happy Valley this past weekend.

I apologize for the lack of a Recruiting Question of the Day on Monday, but it was my 40th birthday and I spent the majority of the day sobbing in a corner wondering where the time has gone and lamented the fact that while my mind feels spry like a 25-year old my knees are rickety and feeling 80.

Other than that, I’m fine, thanks for asking.

Today’s question asks about this past weekend’s ridiculous, come-from-behind Ohio State victory at Penn State. The Nittany Lions hosted a ridiculous number of almost 175 recruits over the weekend and did so hoping to impress everyone with a sensational atmosphere and a big win over the rival Buckeyes.

One out of two ain’t bad, I guess.

Here’s the question though:

Will the comeback win against Penn State be favorable for Ohio State or will recruits view Penn State as “the place to be?”

The short answer: Both.

Penn State absolutely, positively put on a show on Saturday night. The recruits in attendance that I’ve spoken with were absolutely enthralled by the sights and sounds — and holy cow was there a lot of sound. But, sure, a win would’ve made it even better. Ohio State’s ability to go into the environment and pull out an improbable win against very long odds absolutely impressed the kids that were there watching.

Does that make sense? I think it does. Each team earned some love, but Penn State losing the game didn’t earn them any less than the Buckeyes because there is rarely a major impact on a recruitment based on a single game’s result.

There is nuance, though.

If you’re a tight end watching that game from the stands in Beaver Stadium, you may find yourself impressed by Penn State’s usage of the position. Heck, maybe that would even lead to a commitment from a player on an official visit — which it did for big-time Ohio State target Brenton Strange, who committed to the Nittany Lions on Monday night.

If you’re a defensive lineman and had eyes on the trenches, you may have noticed that one team’s linemen were the difference-makers in the contest. You’d likely be more aware of that fact if you watched this same matchup over the past few years. How will that translate to a recruit’s decision? That is always going to be dependent on what the player is looking for, because everyone is searching for a different thing out of their college experience.

Ohio State and Penn State put on a great show this past Saturday night, and each program showed recruits in attendance what they were made of in the primetime spotlight.