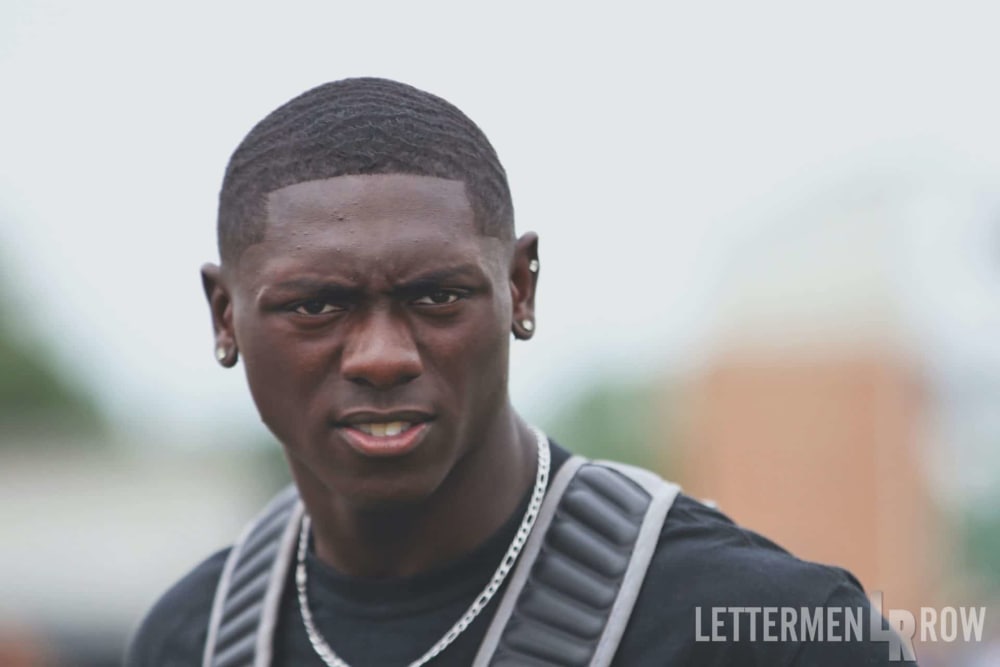 Craig Young is still a mystery to most but he's got all the physical tools to be a superstar. (Birm/Lettermen Row)

Hey everyone. It’s Thursday, and we’re back for another go ’round on the Recruiting Question of the Day here at Lettermen Row.

We’ve got an interesting question today from Matt Adams who was wondering where a surprise star could emerge from the Class of 2019’s current commit list.

One more for you who’s your surprise recruit? Someone who might be a 3 Star but you see superstar in them

There’s not much that people love more than the underdog story. I mean, who hasn’t spent days dazzling their friends with talks of AJ Hawk and his lower-than-it-should-have-been star ranking. We all love the story of under-ranked Malcolm Jenkins, developing from a 3-star cornerback from New Jersey with only five listed scholarship offers into a potential NFL Hall of Fame defensive back.

In recent years, because of the crazy number of blue-chip prospects (read: 4 or 5-star players) signed by Ohio State, the chance for “surprise” stars have declined a bit. Yes, there’ve been names that pop up, dudes like Malik Hooker for example, but it seems that predicting success for recruits based on star-rankings, etc. has become somewhat easier.

Looking at the 2019 group though, there are a few choices here that make sense. I really do think that defensive back Bryson Shaw is going to surprise people with his athletic ability. I believe that Noah Potter is a much better prospect than his current national ranking.

However, the player I think will surprise the most people is Fort Wayne (Ind.) Wayne’s Craig Young. I say that in part because I was very surprised when I saw him at Ohio State’s one-day camp in June. I went into that day thinking “Sure, he’s a good athlete, but where do you put him and who would you actually take him over?” and left thinking “Wow, he’s a really special athlete and you take him no matter what and figure out his position later.”

Young is a legitimate 6 feet 3 inches, and a solidly-built 212 pounds. He can run. He is physical. He’s got ball skills good enough to be a Division 1 wide receiver target for a number of schools. I can easily see a scenario where Young grows into a top-tier linebacker a la Malik Harrison. He could be a big safety. He could be a tight end. There’s all kinds of ways that his kind of athletic talent can be utilized on the football field and I think Ohio State fans will love seeing how it develops.

Continue Reading
You may also like...
Related Topics:Featured, recruiting question of the day, Craig Young