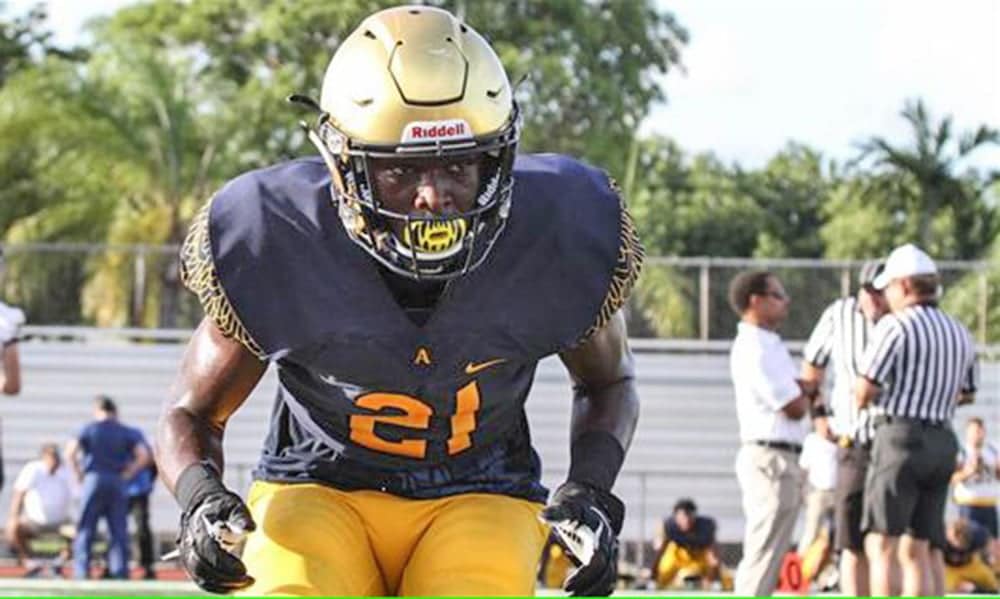 Jordan Battle is likely to play cornerback at Ohio State. (Photo via 247Sports)

Good day everyone, welcome back to the Lettermen Row Recruiting Question of the Day.

This afternoon we’ll talk defensive backs again and try to figure out exactly where the Buckeyes can turn to add another player in this year’s class at that spot.

How many corners will be in this class?

You know, the reality here is that Ohio State has had quite a run recruiting cornerbacks over the past few years, especially in the 2017 class with three former 5-star prospects (Jeffrey Okudah, Shaun Wade and Kendall Sheffield). There’s no doubt that the presence of that group, along with Marcus Williamson and now Tyreke Johnson and Sevyn Banks on campus and enrolled early, is giving some 2019 kids pause about heading to Columbus because there’s no surefire path to easy, early playing time.

On top of that, the Buckeyes have a new cornerbacks coach and are trying to replace a guy in Kerry Coombs that quickly became a college football legend for the number of dudes he put in the NFL Draft’s first round in such a short period of time.

Right now in the Class of 2019, Ohio State has just one player committed that I think is definitely pegged for cornerback when he steps on campus, and that’s St. Thomas Aquinas (Fort Lauderdale, Fla.) 4-star Jordan Battle. Battle is a safety according to his 247Sports.com composite ranking, but he’s been recruited by Taver Johnson and the plan is for him to — at least when he gets to Columbus — start his career playing corner.

The Buckeyes do have another defensive back committed, Maryland’s Bryson Shaw, and though he could play corner, it seems the plan for him early is to start his career at safety.

I think right now, the answer to the question is this: one more cornerback in 2019. That’s the number I’m operating with.

Who is left out there for Ohio State? That’s where the third piece of this confusing 2019 puzzle comes in. It’s been said a few times about the 2019 class but, on paper, this isn’t a great class nationally at any position (maybe other than wide receiver) and there are few sure things at cornerback. Yes, there are a trio of talented 5-star prospects but two are already committed and the third — Andrew Booth — isn’t coming to Ohio State.

The Midwest’s best cornerback is Michigan State commitment Julian Barnett, and he’s not flipping to the Buckeyes either, barring something crazy happening in East Lansing.

For me, the best option out there for Ohio State is Florida’s Kaiir Elam. The country’s No. 7-ranked cornerback is a known commodity with pre-existing relationships with Urban Meyer and has been developing a bond with Taver Johnson as well.

The bad news? Elam isn’t exactly a slam dunk. Getting him though, would be end of cornerback recruiting in 2019 I think.