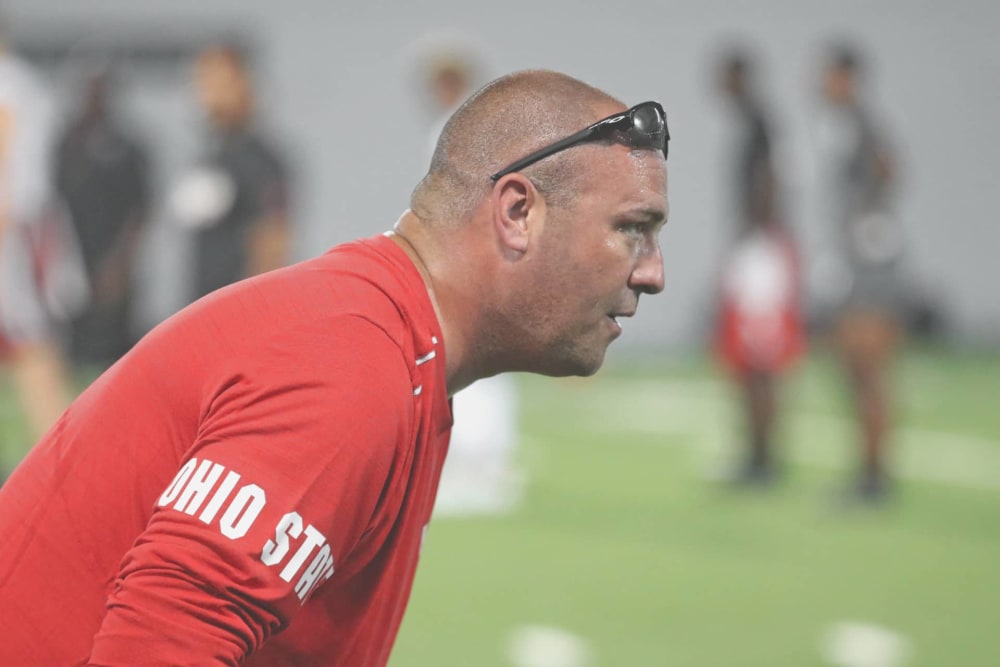 A couple of Zach Smith's recruits could commit to Ohio State by the end of June. (Photo: Birm/Lettermen Row)

This question comes from the mind of Lettermen Row member DJDF:

Do you see the big number of important recruits coming for the weekend of the 22nd as a sign of a possible “# star Friday?” Do you think that may convince some other prospects on their visits to pull the trigger?

The weekend of June 22-24 could be the single biggest recruiting weekend of the entire year for Ohio State. It’s Friday Night Lights weekend in Columbus and it’s a monster official visit weekend as well.

The Buckeyes have no marquee home games until November when Nebraska, Michigan State and, of course, Michigan visit the Horseshoe. So, there won’t be a major push for all the top targets to be on campus at once, like the Oklahoma game last September, for quite some time.

Right now, the Buckeyes are expecting official visits from:

And there’s a good chance more guys will get added to that list before next weekend. The Buckeyes will also have a handful of their 2019 commitments on hand, including 5-star wideout Garrett Wilson from Texas, hoping to do some recruiting work of their own. A ton of other prospects, including Fort Wayne, Indiana’s Craig Young and St. Louis wide receiver Jameson Williams, could also be on the official visit list. At a minimum, they are both expected in an unofficial capacity. Young may be committed before next weekend, but if he’s not, he’s a prime candidate to make an announcement then.

I would not be at all surprised to see Jordan Battle end his recruitment that weekend. There’s an outside shot that Marcus Washington could as well, depending on how the visit resonates with his family. The aftershocks should be substantial, too. Zach Harrison and Zeke Correll are likely to make college decisions in early August, and with a recruiting dead period coming up on the heels of these visits, it’s a chance for Ohio State to leave some lasting memories with them.

While there’s never a guarantee on how things play out, it probably wouldn’t be a waste of your time to start searching for a handful of celebratory .gifs, either.