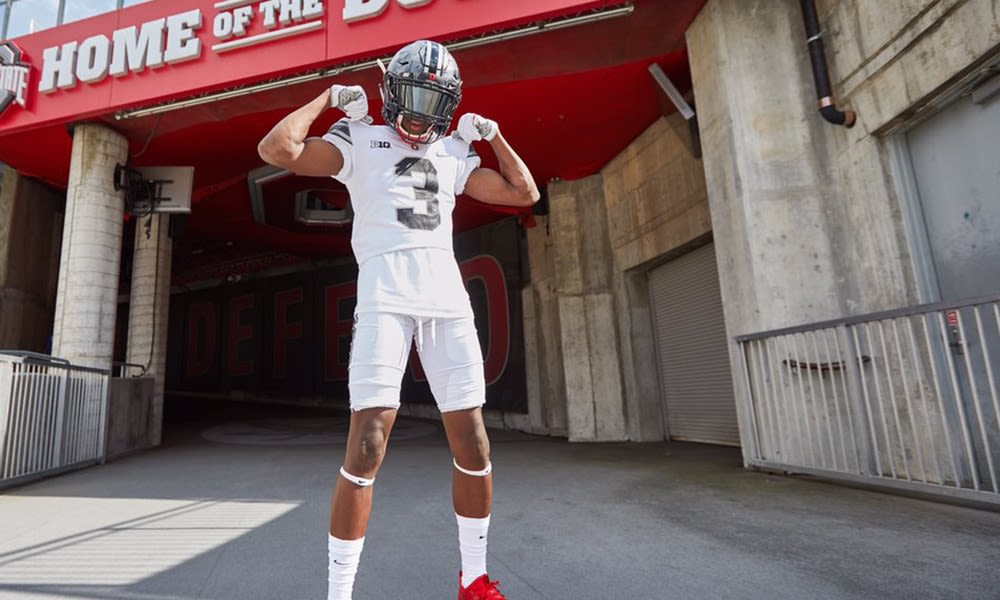 The Buckeyes are just weeks away from kicking off the 2018 football season and we’ve reached the midpoint of the 2019 recruiting calendar and it’s as good a time as any to reassess the biggest Ohio State need in this cycle.

With the momentum that 2020 already has what’s the one position the Buckeyes truly need to fill for 2019?

Reviewing the group now and lining it up against the current Ohio State roster, there are a few spots that pop out as definite needs, but I’ll keep this afternoon’s discussion to just two: defensive line and wide receiver.

First of all, the most important player on the board for the Buckeyes is unequivocally Zach Harrison. Yes, Ohio State will be fine if he were to opt for Michigan or Penn State. But there’s no way that an objective recruiting analyst could list the Class of 2019 as a success if Ohio’s best prospect were to once again escape the the program’s grasp, especially considering how close he lives to campus, how close he is with Larry Johnson, how lacking in depth Ohio State is at defensive end, his NFL potential, etc.

Yes, just like that, even if the Buckeyes end up with a Top-3 class. Throw me over the coals about it if you want to, but that’s just how I feel from the outside looking in. This isn’t a Jackson Carman situation where a better prospect was waiting in the wings in Nicholas Petit-Frere. And there aren’t questions here about personality, fit, etc. Harrison has been the top priority for the Buckeyes in this class for almost two years, and he’s the most important piece remaining for Ohio State. Period.

However, as a group, I think the biggest concern has to be the wide receivers. As I stated yesterday, Ohio State knows it’s going to lose a minimum of four highly-productive players and leaders from the current roster come January.

Johnnie Dixon, Parris Campbell, Terry McLaurin and likely K.J. Hill are going to be gone. If Austin Mack or Binjimen Victor or C.J. Saunders wanted to bolt, they could leave, too. That’s kind of scary to think about.

I think Jaylen Harris is going to be really good for the Buckeyes, but he’s not proven anything yet. The incoming group of freshmen that includes Kamryn Babb, Chris Olave, Blue Smith and Jaelen Gill is talented, but again, unproven. Ohio State needs to reload this group with talented kids, but also winning kids.

They’ve done a great job getting that endeavor started with Garrett Wilson. I believe he’ll be a future captain in Columbus. The Buckeyes are in great shape with both Marcus Washington and Jameson Williams as their recruitments enter the home stretch. They could land a player like Elijah Higgins — another guy that I believe will be a college captain one day — and really round out the room. Or they could take a shot at a big-time, star-in-the-making like Kyle Ford.

In a relatively weak overall group of 2019, the wide receiver position is certainly the deepest and provides Ohio State an excellent shot to restock its soon-to-be-bare cupboard. That’s why I think this year, right now, that’s the biggest position of need for the Buckeyes on the recruiting trail.