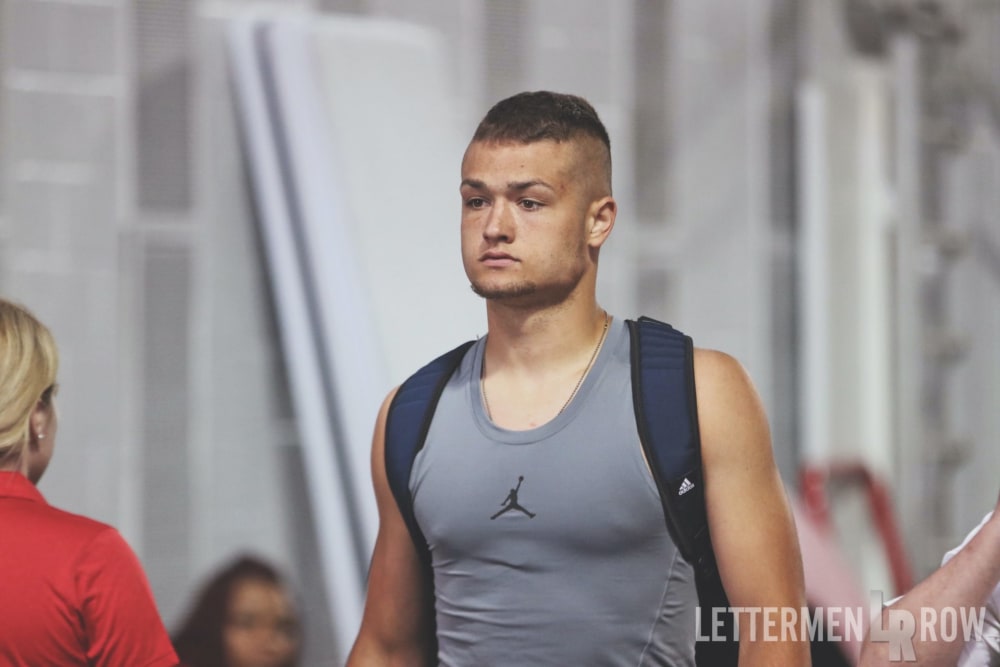 Today’s Recruiting Question of the Day is about the Buckeyes and the Class of 2019 linebacker class that could be forming at Ohio State.

isn’t it weird Ohio State now has 5 guys committed that could play linebacker?

John’s question is interesting, even if its not as good as his Twitter avatar.

First, the Buckeyes 2019 class has right now two sure-fire linebacker prospects in it, right? Yes, let’s concede that point and agree that Cade Stover and Kane Patterson are going to start their Ohio State careers at linebacker, with Patterson manning the middle and Stover somewhere on the outside.

We’ll ignore that Stover is convinced he’ll end up at 255-260 pounds and if he does there’s a real good chance he finishes his career on the defensive line.

The other three “linebackers” in play for 2019 are Craig Young, Steele Chambers and Ronnie Hickman. There’s no guarantee that any of them will play the position in college, though. From what I’ve seen from Young, I think he’s the most likely to end up there, but I know the Buckeyes are considering Chambers as much on defense as they are on offense. He wants to play running back, according to the stuff floating around the internet aether.

Hickman’s career is destined to start in the secondary but a host of people I talk to believe he’s got the ability to be an upper-crust linebacker if he continues to get bigger.

You could see five linebackers out of this group,  you could see two. The only one that’s a sure thing in my mind is Patterson.

What’s the actual need there, though?

If you look at the Buckeyes depth chart at linebacker, you’ll quickly notice that there’s just one senior, Dante Booker, in the group. Former 5-star prospect Justin Hilliard is finally healthy and will look to make his mark in 2018, along with another former 5-star player in Baron Browning, who is going to be forced into heavy rotation because of the achilles injury suffered by Tuf Borland this spring. Malik Harrison is expected to start and I personally believe he’s an NFL guy after the 2018 season.

Keandre Jones, like Hilliard and Browning, has a lot of talent but hasn’t been able to stay healthy, and he’s got the chance to make an impact finally this coming fall. Pete Werner has the potential to be really good and beyond him there are three incoming freshmen (Dallas Gant, Teradja Mitchell and K’Vaughan Pope) with very high expectations.

So again, how many linebackers do you need? I think the answer is two, or three, or four, or five.

That’s why you recruit versatile players with high-end physical talent that can do all kinds of things and that’s why Ohio State pays Mick Marotti and his staff the big dollars. The Buckeyes are able to turn these prospects into linebackers if they need them to be. If oft-injured guys get hurt again or if a player blows up and leaves for the NFL, then you’re covered. If you need defensive linemen or secondary help or even a second running back in the Class of 2019, then you’ve got that covered as well.