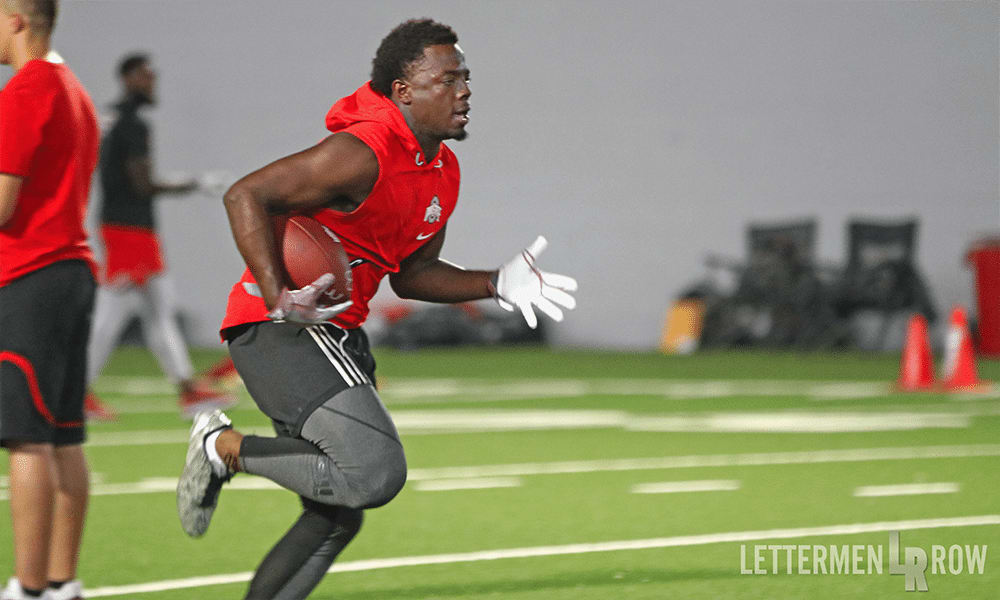 An Ohio State offer could mean the end of Darvon Hubbard's recruitment. Will it happen Friday? (Birm/Lettermen Row)

The Hump Day version of the #RecruitingQuestionoftheDay comes from Twitter:

Who is/are most likely to commit during FNL?

It’s always interesting to consider this kind of question because there are so many variables that come into play when these “big” recruiting weekends pop up. Plus, we don’t always know if a kid commits during an event like the Friday Night Lights camp this week at Ohio State because occasionally the announcement doesn’t come for a day or two later. On top of that, there are only a few names that we know will be in attendance and hundreds of kids who will actually be there, with big-name kids popping up and making surprise visits all the time.

In the spirit of open dialogue, though, let’s think about the question and give it a go.

First of all, there are the quarterbacks expected to be in town. Ocala (Fla.) 2019 3-star Brian Maurer does not have an offer yet, so could he commit if he gets one after a two-day visit and a big camp performance? Sure, he could, but it’s unlikely. The Buckeyes are new to his recruitment, and although that offer would significantly alter his recruitment – and I think ultimately would lead to a commitment – I’d be surprised if it happened so quickly.

Chaparral (Scottsdale, Ariz.) prospect Jack Miller is the most likely 2020 quarterback to commit, but I wonder if Ohio State will push for that knowing their 2019 situation needs to be addressed first. Miller also has a trip scheduled to Alabama on Saturday, so it’s somewhat unlikely he’d cancel that visit even if he did plan to commit to the Buckeyes. Ohio State certainly wouldn’t want him heading to Tuscaloosa as a verbal. Could he commit a week or so later? There’s a higher percentage of that, in my opinion.

If Ohio State were to offer Miller’s teammate, 2020 running back Darvon Hubbard? I could see the Akron native announcing a decision before he heads back to the Valley of the Sun.

The most widely talked about names coming in to Columbus as potential commitments this weekend are St. Louis wide receivers Marcus Washington and Jameson Williams and Fort Lauderdale (Fla.) St. Thomas Aquinas defensive back Jordan Battle. The Buckeyes are likely to put the full court press on all three guys while on their official visits at Ohio State this weekend. Battle’s recruitment has changed up a bit after his recent official visit to Miami, but the Buckeyes will get a chance to correct course and seal the deal.

Is there a chance a superstar like Zach Harrison commits to Ohio State this weekend? Sure, but again, it’s not likely to come out and be public right away. The 5-star defensive end from Olentangy Orange High School outside of Columbus will be coming off a trip to Michigan on Thursday and Friday, so he’ll probably have to spend a few days following each trip to dissect where he stands.

There’s no way to know what will happen for sure this weekend, but its a safe bet to suggest some fireworks are coming Ohio State’s way.