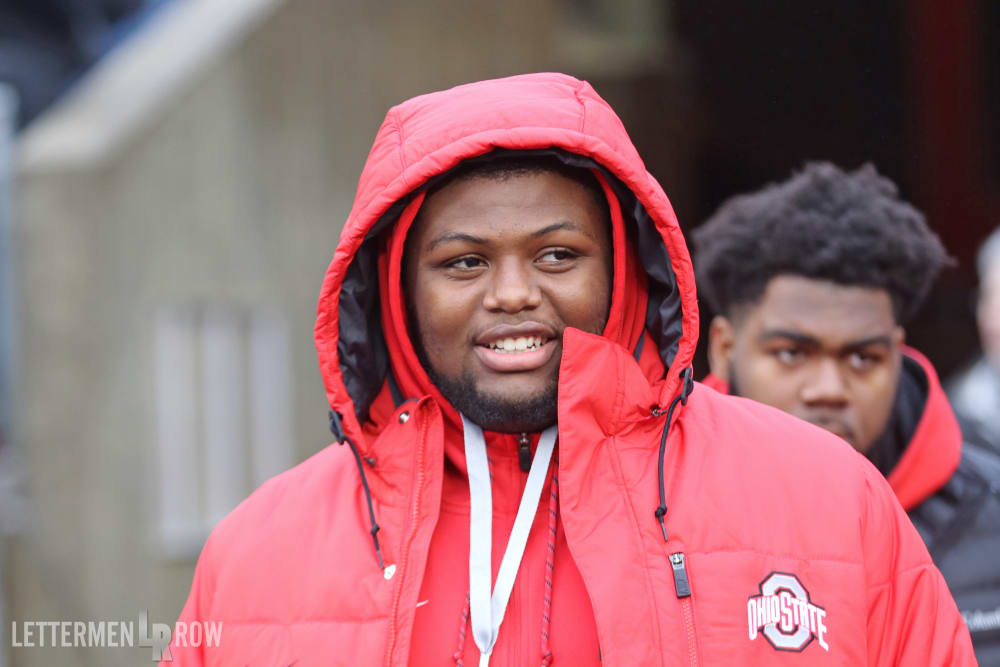 Cavon Butler is a player that could decide to flip to Ohio State, but is that a possibility soon? (Birm/Lettermen Row)

Have a question about Ohio State recruiting? This is the place for you, five days a week. Submit your questions on Twitter or on the Lettermen Row forums. Check in daily to see what’s on the mind of Buckeyes fans all over the country. Today’s question asks about whether or not any players are on the verge of committing to Ohio State.

Any targets nearing decisions? I know we're spoiled, but there doesn't seem to be as much excitement with this class as previous ones? Smith stuff and Urban rumors play into it at all?

I’m going to answer that question in two parts.

First of all, sure, the rumors about Urban Meyer are playing a role in Ohio State’s perceived lack of momentum on the recruiting trail. That was something we wrote about in this very space on Tuesday afternoon.

The 2019 class has stalled a bit, and college football is just about three weeks away from the first signing day period. Last December, Ohio State inked every single one of its commitments in December, and that allowed them to focus the final two months before February on adding just a few big pieces. I don’t know if they’ll get that kind of result this year unless Meyer does decide to come out and unequivocally state he is 100-percent, absolutely going to be coaching at Ohio State next year. If there is any doubt for a recruit in mid-December, the odds are he will hold off on signing. And that also means if a kid is on the precipice of committing to Ohio State in the next few weeks, they too may hold off.

That doesn’t mean there aren’t guys thinking about pulling the trigger and pledging for the Buckeyes, though. There are. I think that Ohio State could be close to landing a commitment from Florida State verbal Renardo Green, who visited last weekend. He’s a really good player that would serve as a wonderful complement to Jordan Battle as a true cornerback in the Class of 2019.

The Buckeyes will likely be sorting out an official soon for Clayton Northmont’s Jestin Jacobs, who also made a trip to campus for the Michigan game. If that happens, I could see a scenario where he quickly flips his commitment from Iowa to Ohio State rather than dragging things out through the new year. Toledo Whitmer’s Cavon Butler is a player I feel confident will commit to Ohio State, but that’s probably not happening until January or February no matter what.

In the Class of 2020, I know there’s been some speculation from receiver Rakim Jarrett on Twitter about committing soon, but unless he gets back to campus with his mother in December, I don’t think that’s real talk. I think there’s a chance of some movement from Akron Archbishop Hoban athlete Deamonte Trayanum after his season ends this weekend, whether or not his Knights win a state championship against Massillon Washington. Also, Brownsburg (Ind.) 2020 defensive tackle Dane Middlebrook told Lettermen Row he plans to make a decision soon — and Ohio State is the leader in the clubhouse right now. I just don’t know if he’s a player they’d say yes to at this point. There’s a similar conversation with Georgia’s Brian Branch, but that appears to be slowing down after nearly happening last weekend.

Oh yeah, and then there’s Zach Harrison. He’s going to make a college decision in the next few weeks, that seems pretty certain. There’s just no way to know right now where he’ll decide to go. Michigan remains the favorite to land him but Urban Meyer, Larry Johnson and Ohio State sure aren’t giving up the chase.