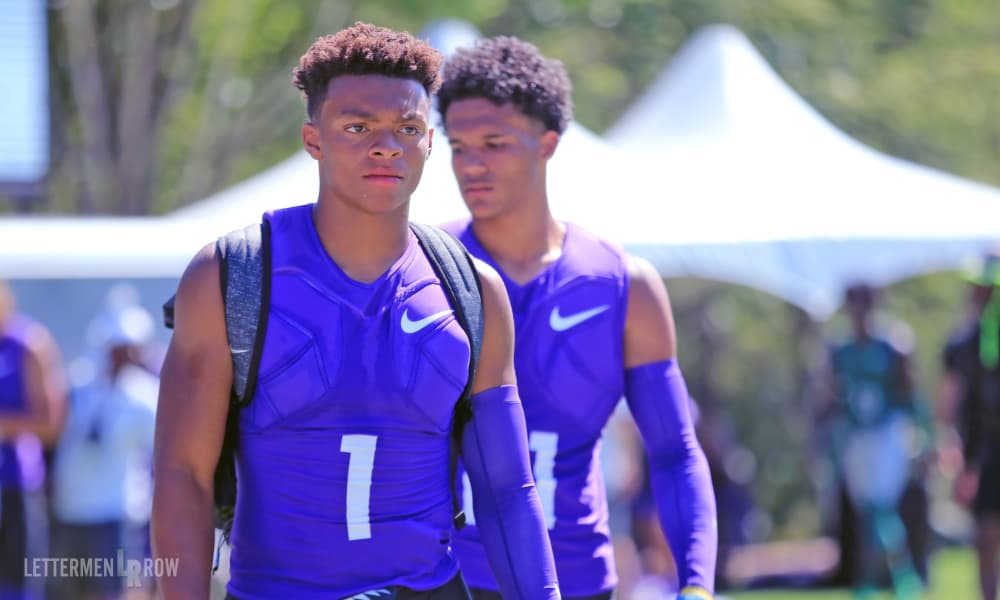 Have a question about Ohio State recruiting? This is the place for you, five days a week. Submit your questions on Twitter or on the Lettermen Row forums. Check in daily to see what’s on the mind of Buckeyes fans all over the country. Today’s question looks at the timeline for a potential answer in the Justin Fields sweepstakes.

Can Fields come up for a visit at anytime or does he have to wait for a certain date? What are the biggest players on OSU's board for the last signing day?

Buzz doesn’t really mean anything, of course. But the reality is that Fields’ transfer news is still in its relative infancy and every day a new school will be postulated as a new destination. In the course of the three days since the rumor mill began to churn, Ohio State, Oklahoma, Florida State and UCLA have all been tabbed as schools of interest — and there are a number of reasons each makes sense for the 6-foot-3, 225-pound former 5-star prospect from Harrison (Kennesaw, Ga.) High School.

As written in last night’s of Dotting the ‘Eyes, there’s a real chance Fields could pick the Buckeyes if he goes through with his transfer.

Rather than focusing on the if today, we’ll try and focus on the how and the when a Justin Fields transfer could happen.

First of all, Georgia is in a New Year’s Day bowl game. And if the schedule is similar to Ohio State’s, then the Bulldogs will head to New Orleans for their Sugar Bowl matchup against Texas on or shortly after Christmas Day. That means Fields, who is expected to make the trip with Georgia and play in that game, would not be able to visit Ohio State that week, obviously.

But could he sneak in a visit before then? Maybe, but it’s unlikely. Ohio State wrapped up its on-campus practices on Thursday and won’t leave for California until Tuesday, so if Georgia is on a similar schedule I suppose there’s a window of opportunity to visit.

If Fields wants to enroll at Ohio State or UCLA or stay at Georgia when the spring semester (winter quarter for UCLA) begins, he’ll need to have a decision made very shortly after the Sugar Bowl. All three of those schools begin their next group of classes on Jan. 7. Oklahoma has a bit more leeway, since the Sooners don’t start classes until Jan. 14.

There’s been zero public comments about this transfer from Fields, as expected. None of the schools he’s interested in or that have interest in him are going to make a public comment, either. So it’s all a guessing game. But if this is going to happen, both Fields and the Buckeyes would need to do it in short order.

If he ends up somewhere outside of Columbus, Ohio State will be forced to adjust quickly and explore other options.

Dotting the ‘Eyes: Ohio State still has needs to fill in Class of 2019
Dotting ‘the Eyes: Decision coming for Gee Scott, 2019 recruits want to hear from Buckeyes
Advertisement
Advertisement