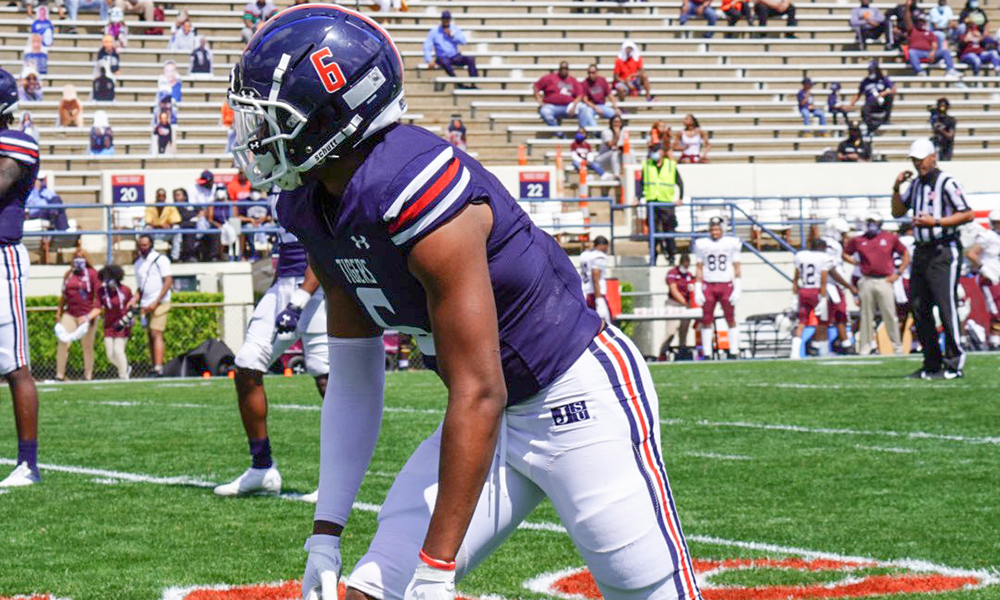 Have a question about Ohio State recruiting? This is the place for you. Check-in daily to see what’s on the mind of Buckeyes fans all over the country. Today we’re talking about the interesting possibility of Ohio State adding Jackson State transfer Daylen Baldwin after he made a Thursday visit with the Buckeyes.

I saw Jackson State transfer Daylen Baldwin's tweet earlier today re: receiving an opportunity to play at OSU. Considering how stacked the OSU WR room is at the moment, was he referring to an actual scholarship offer or perhaps a PWO opportunity? Thanks

It’s been an interesting few months for Ohio State on the transfer portal front.

There was a months-long chase of Henry To’o To’o that fell just short. There were rumors that LSU defensive back Elias Ricks was looking to transfer, and he that didn’t pan out. There’s still some waiting going on as the Buckeyes sort out whether or not it makes sense to add former 5-star linebacker Palaie Gaoteote. More recently, there’s been a quick consideration given to pursuing Kansas transfer and 2020 freshman All-American Karon Prunty, but it seems Ohio State isn’t sold on that idea either.

Those things all are interesting on their own. Add into that discussion the fact that on Thursday the Buckeyes hosted Jackson State transfer Daylen Baldwin for a visit — and offered him a scholarship — and it gets more interesting. The way Brian Hartline has recruited wide receivers in recent years it seems unusual to chase a FCS-level transfer.

But there are a few things to consider beyond the ridiculous run of top-level talent Hartline and Ohio State have brought in since 2019. What things?

Let’s start with the loss of depth in the room. Not top-tier depth, but depth nonetheless. Jaylen Harris and Ellijah Gardiner are no longer playing football. Gee Scott has asked to move to tight end. Kamryn Babb’s snakebitten career continues and he will likely miss another season with injury. Then Jameson Williams transferred.

Yes, Ohio State has a handful of big-time receivers, but beyond Chris Olave, Garrett Wilson and maybe Jaxon Smith-Njigba, it’s hardly a veteran group. Julian Fleming is working toward getting fully healthy — he’s running at top speeds of almost 22 miles an hour right now for what it’s worth — but he still has to be the consistent force the Buckeyes think he can be. Beyond those four guys, a trio of true freshmen are vying for a spot in the rotation and will compete for playing time, but again, proven depth isn’t there.

So the idea of bringing in Daylen Baldwin has purpose. He’s played football and done it well. He’s a very good player, actually, and a late-bloomer who was not recruited by any Division 1 schools coming out of high school. Now he’s seeking a chance to prove himself on a bigger stage and what place is better to do that than Ohio State right now? 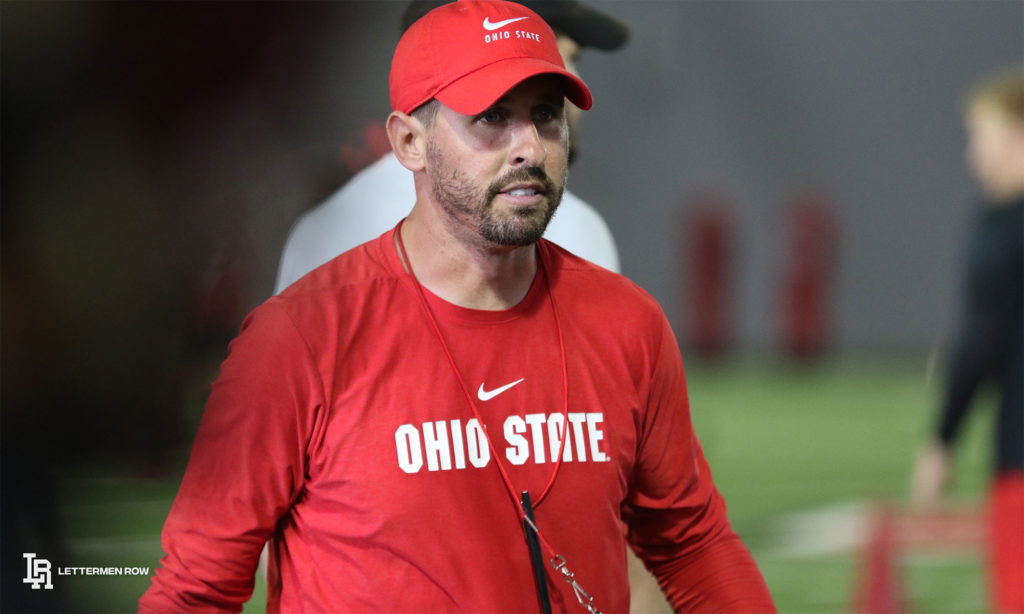 Brian Hartline has a room full of very talented receivers but there’s been a number of losses from the roster. (Birm/Lettermen Row)

The offer to Daylen Baldwin is a real, legitimate scholarship offer. It’s not a preferred walk-on offer and it’s not a reaction to the Buckeyes being worried about further attrition. After an impressive workout on Thursday, Baldwin proved to the coaching staff in Columbus that he could enhance Brian Hartline’s position group.

No one that the Buckeyes are considering in the transfer portal at this point is being looked at to come in and start. There’s no Justin Fields or Jonah Jackson or Trey Sermon on the horizon. There’s a chance to make the 85-man roster stronger by bringing in a new kicker, and now maybe bringing in another receiver, someone to push the young freshman and to learn, and sharpen skills with, future first-round picks like Olave, Wilson, Smith-Njigba and Fleming.

It’s a potential win-win for Ohio State and for Daylen Baldwin. He’ll make a college decision on June 20 and has a few key visits still ahead of him.

If he decides he wants to choose the Buckeyes, he’ll make the current roster better. If he opts for another program, Brian Hartline and Ryan Day will make do with a talented but thinner-than-desired receivers room.