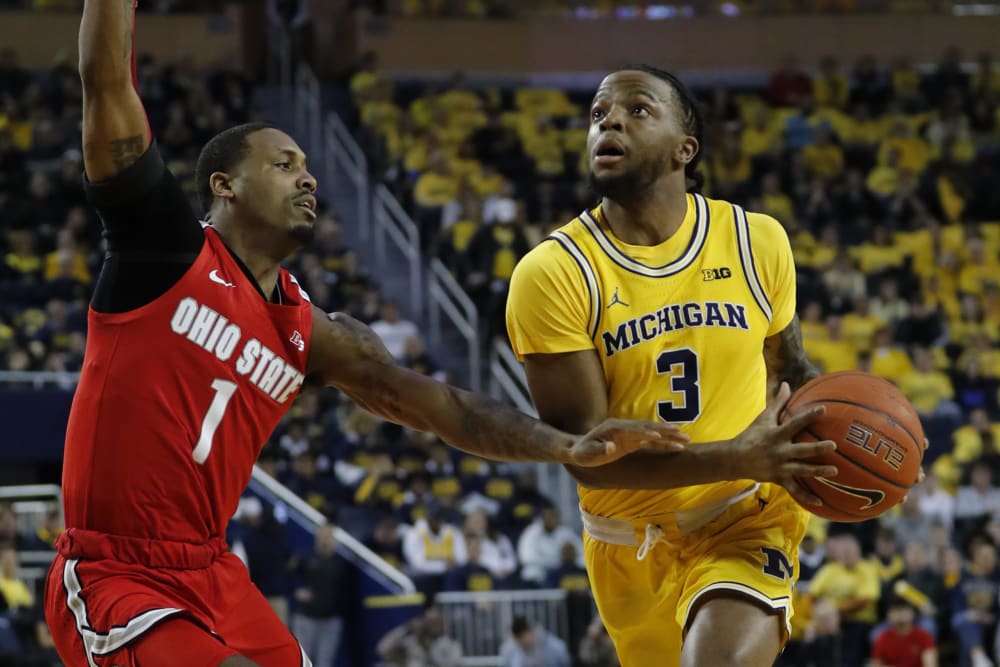 Luther Muhammad and the Buckeyes had a road game at Michigan. (Rick Osentoski/USA TODAY Sports)

Ohio State has won games in plenty of different ways this season.

The lone exception? A road environment that wasn’t the quiet gym at Northwestern. But after a 61-58 win over Michigan at the Crisler Center on Tuesday night, the Buckeyes can officially cross that off the list. They have a quality win on the road in Big Ten play.

A majority of the conference can’t lay claim to that. Ohio State (15-7, 5-6 Big Ten) now can. The Buckeyes found themselves in a 40-minute fight against the Wolverines (13-9, 4-7 Big Ten) in a loud atmosphere and a physical game that didn’t feature many whistles for fouls and 19 lead changes. Now winners of three straight games, two of which came on the road, Chris Holtmann and the Buckeyes are streaking through the first week of February.

It doesn’t get easier, as the Buckeyes will head to Madison to take on Wisconsin on Sunday, but they’ll enjoy this win over their rival for a day. And Lettermen Row is breaking down Ohio State’s third straight win in the daunting Big Ten with Three Points.

The big matchup between big guys in the center was a talking point before the game, and Kaleb Wesson showed why he is in the conversation for best big man in the league. Wesson got what he wanted — particularly in the first half — against Michigan post player Jon Teske, who was slated to give Wesson a challenge that few big men have all year. Wesson had 15 of the Buckeyes 28 first-half points on his way to a huge stat line of 23 points and 12 rebounds. Teske, meanwhile, couldn’t do anything and only had three points, as he was largely irrelevant for a majority of the night. Wesson will remain the X-factor for the Buckeyes moving forward if the Buckeyes plan on making a run in March. His play on both ends proved that. 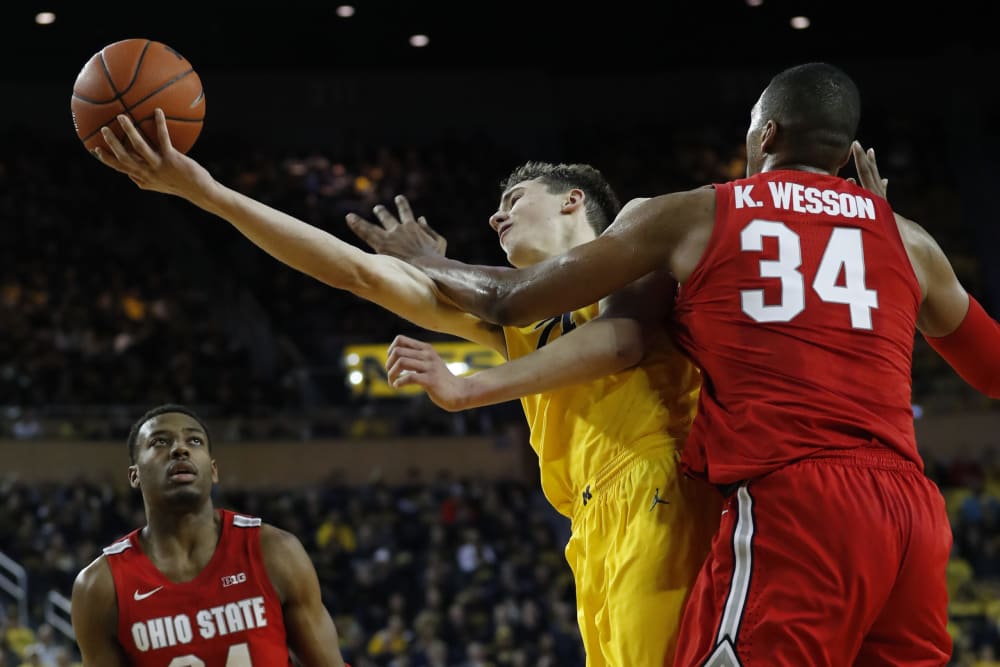 The Crisler Center was rocking in the second half, when either team’s lead rarely topped three points. The tough play and close game made for a rowdy environment on the road, an environment that hasn’t been kind to any Big Ten team this season. Through the 19 lead changes, emotions were high throughout the game. The Buckeyes were able to show mettle on the road and hang in a tough game to pull out a huge win that will be crucial for their resume in the coming weeks. It showed that even on the road and without one of their primary guards, Chris Holtmann and the Buckeyes can find a way to pull out a huge win.

Now winners of three straight and two consecutive Big Ten road wins, the Buckeyes are in good shape to punch a ticket to the NCAA Tournament. Yes, they only won two games in the month of January, but they seem to be on the right track after a win over Northwestern on the road, Indiana at home and the quality win in the Crisler Center on Tuesday night. Maybe Ohio State will lose a few more games and the NCAA Tournament chances dim in the coming weeks, but all signs currently point to the Buckeyes being a team rising toward safe territory in the field of 68, which will be announced in the coming weeks. There were never many doubts about the possibility of making the tournament, and the win at Michigan nearly puts any doubt to bed.