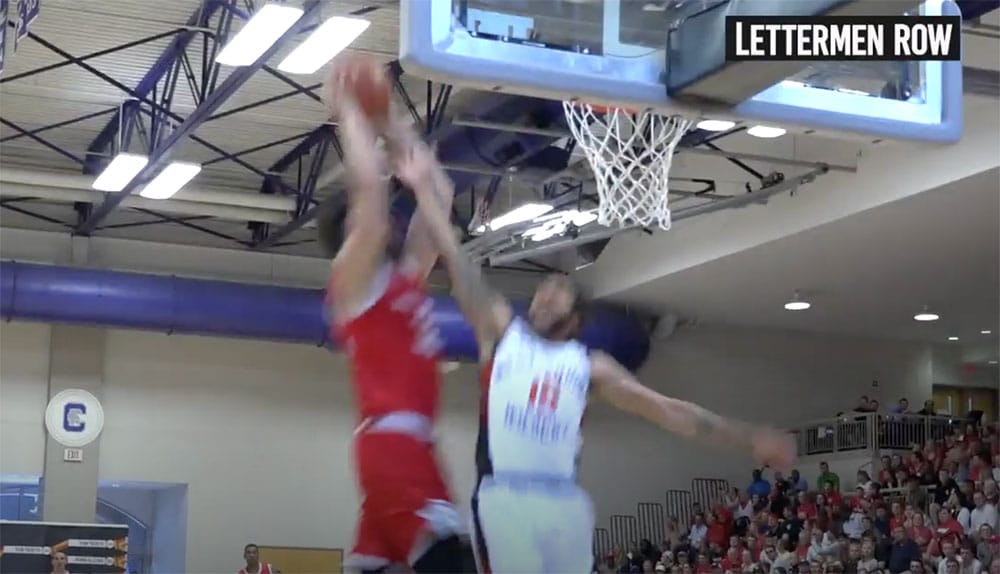 BEXLEY — There might be safer ways for Scarlet and Gray to score a couple points in transition. But there definitely won’t be a more entertaining way then the one B.J. Mullens unleashed in the first round of the TBT.

With the former Ohio State big man trailing on the fast break, Mullens was gifted a perfect, seemingly risky alley-oop pass off the backboard by new teammate Talor Battle. And he had a partner from West Virginia trying to match his athleticism, leading instead to what might go down as the best, most vicious dunk of the tournament in the 99-68 win on Saturday at Capital Center.

“I knew it was going to come, but I saw the defender out of the corner of my eye,” Mullens said. “At that point I was just like, I’ve got to get it. So, I don’t know why he jumped.

Make that two emphatic points. And it was effectively the punctuation on an entertaining rout in front of home crowd that was ready to explode for seemingly every basket by the former Buckeyes.

The loudest reaction would be reserved for Mullens. And incidentally, it was set up by a Penn State product brought in this year to supplement the Ohio State backcourt, although nobody seemed to mind that fact in the Nuthouse — or on coach Scoonie Penn’s bench.

“I knew exactly what he was thinking,” Penn said. “Being a point guard, I would have thought the same thing. I’ve got him trailing me, I’m throwing it off the backboard and I’ll get my two points later on.

“At this level … yeah, it’s high-percentage play. If he missed it, we’d have a different conversation.”

Mullens made quite sure that wouldn’t be necessary, and almost everything he tried seemed to work out as he packed a lot of production into just 10 minutes of action.

He banked in a 3-pointer from just inside the half-court line. He whipped around under-handed passes like he was on the playground. And he finished with 14 points, 5 rebounds, a dunk that nobody at Capital Center will ever forget — and a question from his son after the game about whether Mullens felt like he was flying.

“The fans loved it, got the crowd going with a little show,” Mullens said. “But I’m just glad we got out of here with a win.”

Now he’ll have a chance to deliver a second-round encore.