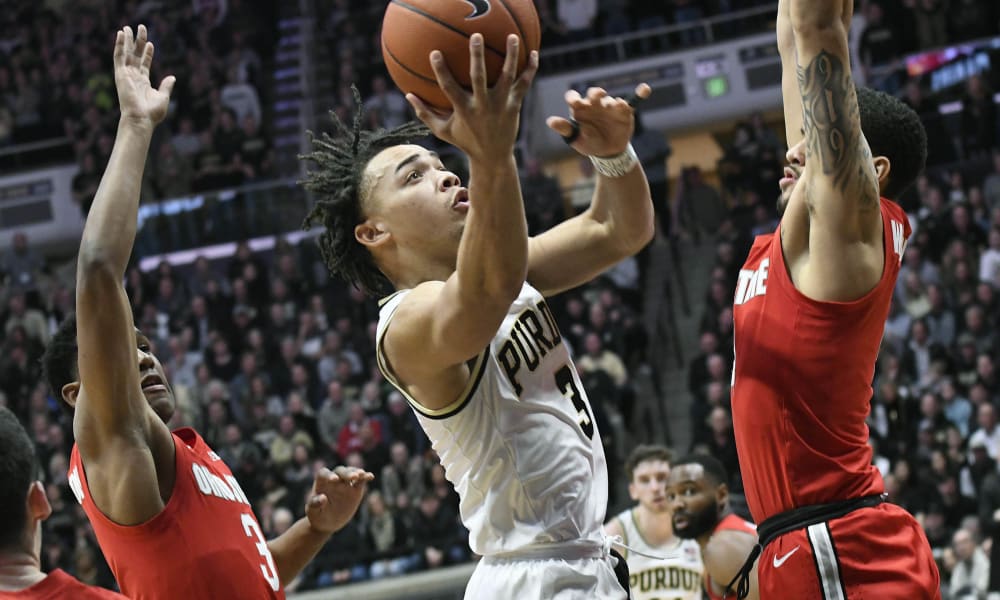 Ohio State knew it was going to be shorthanded against Purdue, but it turns out it was just short. Short on depth, short on shots and short when trying to find a rebound. The Boilermakers weren’t short on anything.

It was so lopsided that if Purdue only scored four points in the entire second half, they still would have beaten Ohio State on Saturday.

Purdue shot a blistering 58-percent from the floor in the first half — making eight three-point shots in the first half to Ohio State’s six total field goals — running out to a 48-20 halftime lead and never looked back. Using its decisive length advantage, No. 14-ranked Purdue recorded a 39-27 rebounding advantage and kept the pressure on throughout the second half, drubbing the Buckeyes 86-51.

Without any inside presence from Kaleb Wesson, Ohio State — serving the first game of an indefinite suspension that was announced Friday by the school — couldn’t muster up any real threat at Mackey Arena. The Buckeyes never got the game closer than the 28 they trailed by at the half.

Freshman Jaedon LeDee made the start in place of Wesson and recorded 16 points in 22 minutes, leading the Buckeyes in scoring. Duane Washington Jr. contributed nine points for the Buckeyes, scoring all of his points in the second half.

The Buckeyes will get back to action on Wednesday night at Northwestern and will have to find a way to clean up its sloppy play — and likely will need to do it without the services of Wesson. What else did Lettermen Row see from Saturday’s contest? Here are Three Points from the lopsided Ohio State loss in West Lafayette.

If we’re honest, having Kaleb Wesson on the floor on Saturday afternoon probably wouldn’t have made a difference. But no Wesson meant no interior offense at all for Ohio State and that allowed a group of really good Purdue defenders forced the Buckeyes to try and win the game from the perimeter.

That didn’t happen. Ohio State shot just 33-percent from the field and 11-percent (2-19) from outside of the arc and failed to get the ball into the paint at all as Purdue pushed the Buckeyes around physically.

Jaedon LeDee was aggressive at the start of the game and played hard throughout. But Purdue ran away from the Buckeyes early and there was no chance for Ohio State to try and run their offense through the paint and no fear from the Boilermakers when the ball was in the lane.

Without Kaleb Wesson, Ohio State had to have a Herculean effort one of its young players but got zero first-half points from Justin Ahrens, Luther Muhammad and Duane Washington combined instead.

Ahrens, coming off a career-high 29-points in a season-saving effort against Iowa, started once again for the Buckeyes but took only one shot in 13 first-half minutes as Purdue’s athletic and aggressive defense kept eliminated him from the Ohio State gameplan. It didn’t get better in the second half either: the three first-year players finished with only 13 points on 4-of-12 shooting: none of those points were scored by Ahrens. 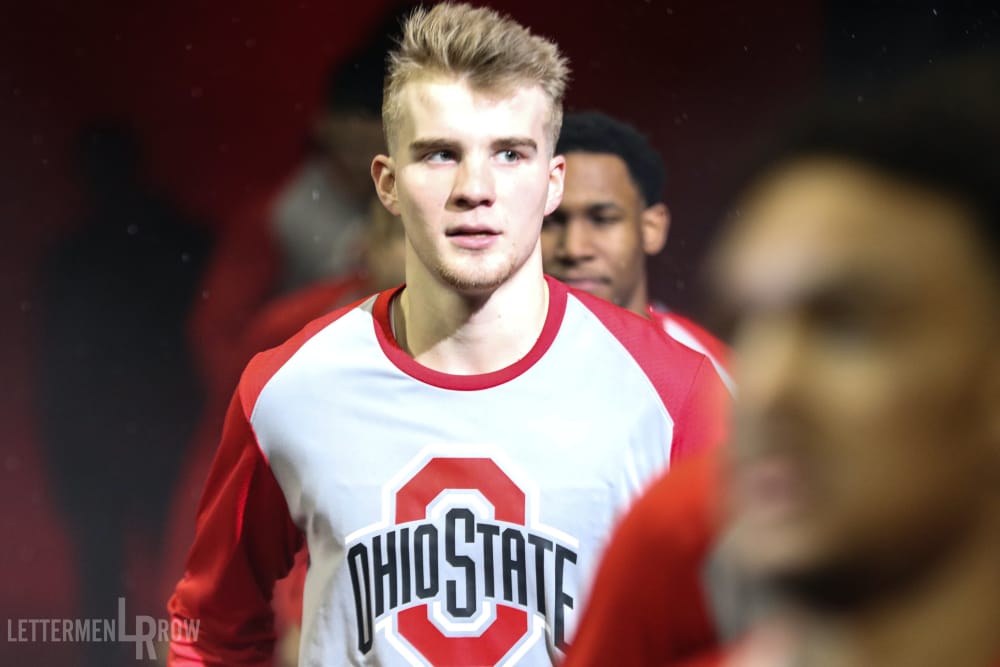 If Ohio State is going to find a way to win at Northwestern or against Wisconsin, which it will almost certainly be trying to do without the Buckeyes leading scorer, it’s going to require some consistency and some points from the freshmen class. The play of Jaedon LeDee may have been the lone bright spot on the afternoon.

A loss was expected, but the effort hurts NCAA chances

The Buckeyes certainly didn’t need a win at Purdue to make the NCAA tournament, but this embarrassing outcome leaves some questions about what happens in the next few weeks because the length of Wesson’s suspension seriously alters what kind of product is being put on the floor by Ohio State.

With two games left on the regular season schedule, the Buckeyes will need to establish a Kaleb Wesson-less identity and they’ll need to do it quickly. Two more rudderless efforts and Ohio State could be staring at an 8-12 Big Ten record and be tasked with answering some real questions about their place in the NCAA field of 68.

Losing to Purdue at Mackey Arena isn’t a problem — losing by 35 points and looking like you didn’t belong on the floor with the Boilermakers is another and especially disappointing after what was a big ego boost just days before against Iowa.