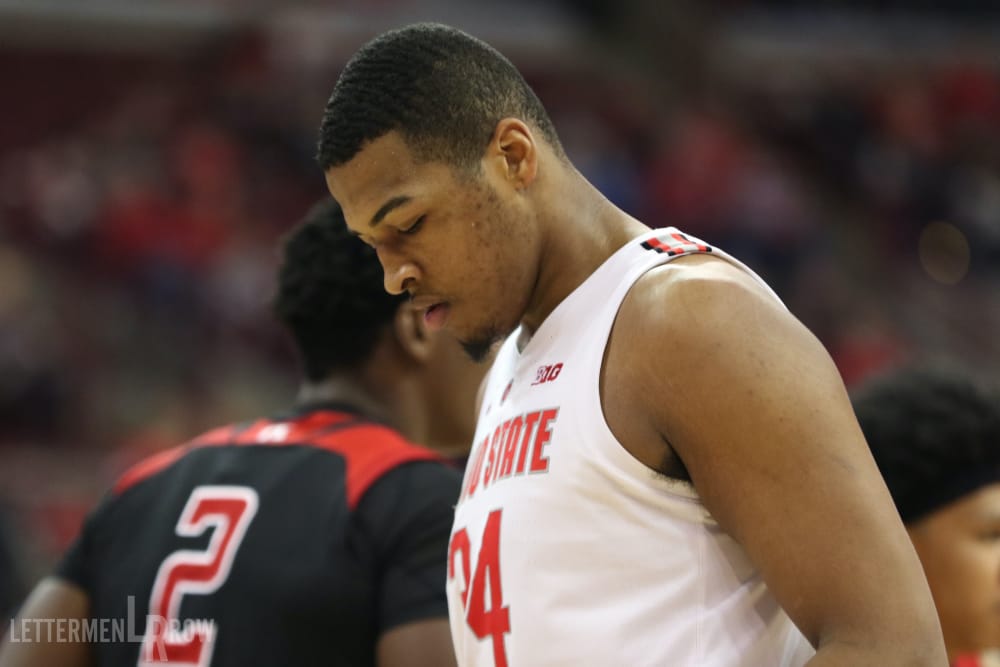 Kaleb Wesson will miss Saturday's game against Purdue but that won't be all. (Birm/Lettermen Row)

COLUMBUS –  Ohio State will be without its star center, Kaleb Wesson, for the program’s big game at Purdue on Saturday. The school released a statement on Friday afternoon saying the Buckeyes leading scorer and rebounder has been suspended for a violation of athletic department policy.

“Kaleb Wesson, a sophomore center on the Ohio State men’s basketball team, has been suspended for a violation of Ohio State Athletics Department policy, Chris Holtmann, head coach of the Buckeyes, announced Friday,” the statement read. “Wesson will return this season.”

It’s the second time that Holtmann and the Buckeyes have put Wesson, averaging 14.6 points per game during his sophomore season, on the bench. He was briefly suspended during the 2017-18 season for what Holtmann described as “a failure to meet the expectations of the men’s basketball program,” though that suspension was “specifically regarding time management” and was just one-game long.

There’s no timetable for a return this time around, and that couldn’t come at a worse time for Ohio State as they begin the final three games of the regular season with a pivotal game against the Boilermakers on Saturday.

Sophomore forward Kyle Young will likely move into the starting rotation for the Buckeyes while Wesson serves his suspension, though freshman Jaedon Ledee could see an uptick of minutes in Wesson’s place. Ledee did not play more than five minutes in a game during the entire month of February.

Holtmann is scheduled to meet with the media at Ohio State on Friday afternoon.

Continue Reading
You may also like...
Related Topics:Featured, Kaleb Wesson