Connect with us
Terence Dials breaks down the play of Jaedon LeDee. (Sandra Dukes/USA Today Sports)

COLUMBUS — None of this is going according to plan for Ohio State.

But that’s the situation now for Ohio State, which clearly missed Wesson during the first game of his indefinite absence last weekend and will again be sidelined on Wednesday at Northwestern. The visit to take on the Wildcats has appeared to be the kind of win that would seal another trip to the Big Dance for Chris Holtmann, but now it’s taken on a much higher degree of difficulty — and put plenty of pressure on the freshman LeDee to fill the void.

“With Kaleb being suspended by the athletic department, he will be out [at Northwestern],” Holtmann said on Tuesday. “It’s not really something I’d like to discuss right now. I think we’re trying to keep that in-house as much as possible. I think we’re trying to take it day by day, and I’m looking at it day by day and also being advised on kind of what to do by people above me. 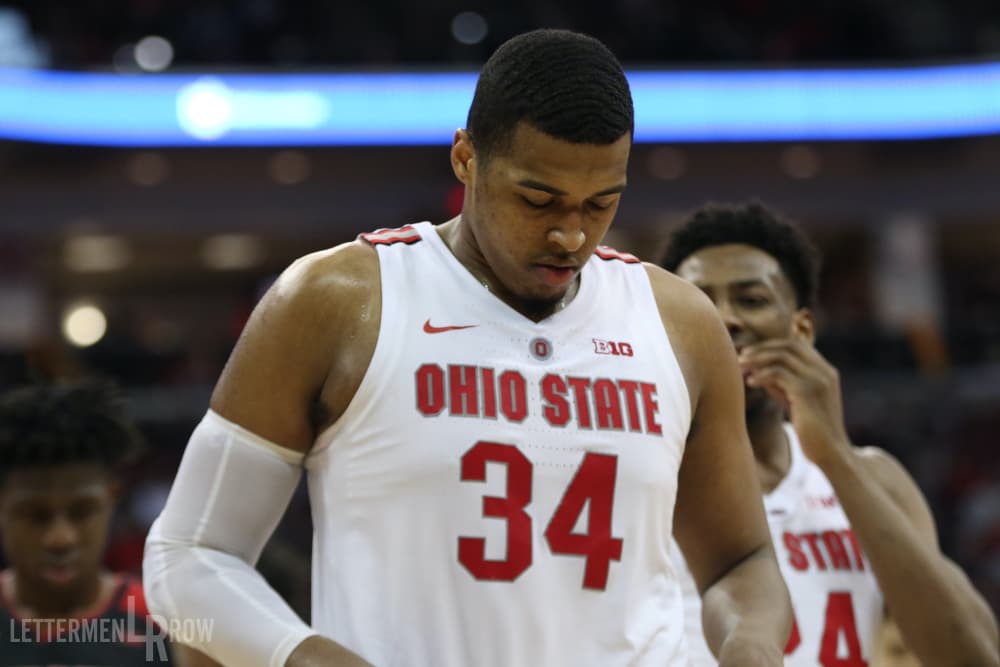 Ohio State has needed to make adjustments during the suspension of Kaleb Wesson. (Birm/Lettermen Row)

“Everybody understands the timing and how difficult the timing is. … [LeDee] was kind of a little wide-eyed going into that environment [at Purdue] and playing against that level of game.”

The big man responded well to the challenge individually with 16 points, even though it wasn’t even close enough to bolster a collective outing that was the most lopsided of the season for the Buckeyes in a 35-point loss. The level of competition at Northwestern obviously isn’t quite the same, but LeDee will again be counted on for significant minutes in a Big Ten road game much earlier than might have been anticipated in this stage of his career.

What can Jaedon LeDee provide for the Buckeyes as he gets more comfortable? Former Ohio State standout Terence Dials returned to the Lettermen Row film lab to break down where LeDee can help the program and just how much Wesson is missed by Ohio State.