Connect with us
Ohio State guard Duane Washington is trying to get the Buckeyes back on track. (Joe Maiorana-USA TODAY Sports)

COLUMBUS — The confidence never wanes for Duane Washington Jr., so he didn’t need the boost that can come from a hot-shooting performance.

But Ohio State as a whole might have needed to see something like the freshman guard provided last week against Maryland as it struggles to find secondary scoring options. And with Washington starting to show signs of knocking down jumpers to potentially again force opponents to stretch out the defense, the Buckeyes certainly welcomed that performance last week with open arms.

Now they just need it to happen for consistently, particularly since his 14 points against Maryland still weren’t enough to end a losing streak that now spans four games. With Ohio State now on the NCAA Tournament bubble heading into tonight’s matchup at home against Purdue, the pressure will be on Washington to keep on shooting to help the program find a way out of its recent funk.

“I’m always confident,” Washington said. “Whether I’m 0 for 10 [shooting] or 10 for 10, you know, I’m going to go into every game with the same mindset. I’m going to make the right play, and the shots that I take, hopefully I make them. 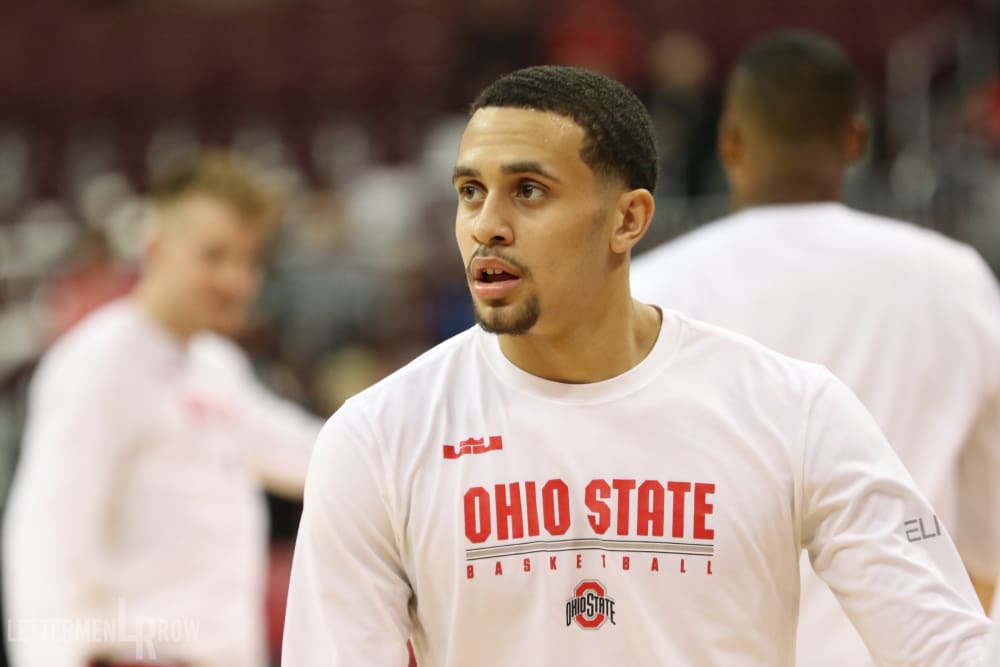 “That’s just going to be [the approach] every game.”

Turning that mindset into the kind of offense Ohio State can reliably count on has been a bit of a struggle, which obviously isn’t uncommon for a freshman. But along with that solid performance against Maryland and a 10-point outing against Michigan State, Washington might be turning a corner to provide some badly-needed assistance for an offense that has struggled since the start of the new year during this four-game skid.

In particular, Duane Washington has provided a lift with his 3-point shooting. And in the latest trip to the Lettermen Row film lab for former Ohio State standout Terence Dials, BuckIQ focuses on both the positives and a couple negatives with Washington as the program turns to him more to help get back on track.