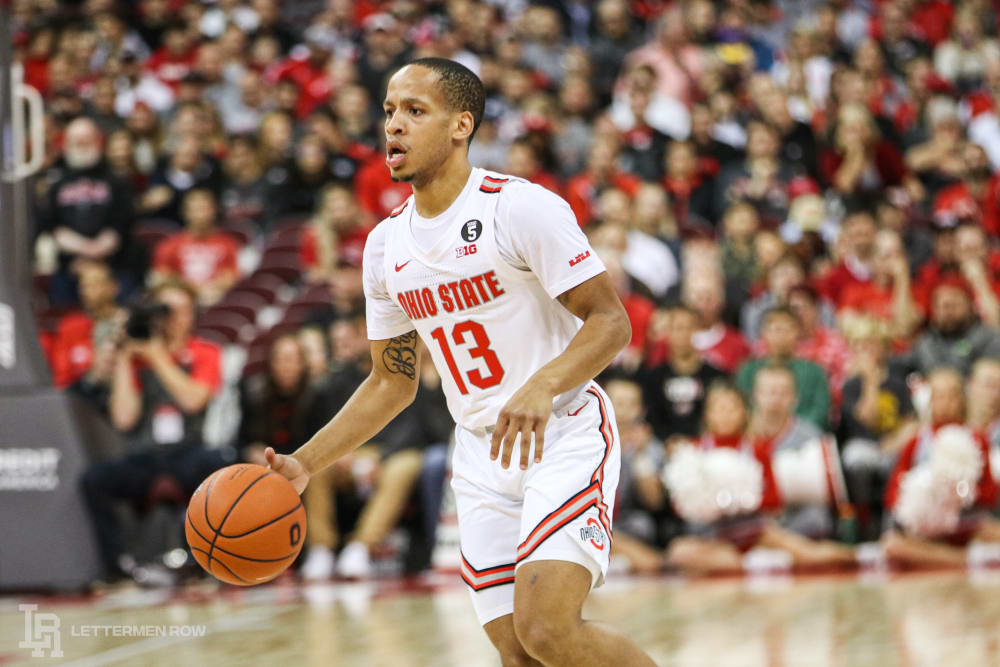 COLUMBUS — If there was any skepticism of how good Ohio State can be when it is playing well, that was put to rest Wednesday night.

The No. 18 Buckeyes hosted No. 10 Villanova inside the Schottenstein Center in what was supposed to be an early-season test for a young team eager to find where it stands among some of the country’s best teams.

If it was a test, the Buckeyes easily passed it.

Ohio State jumped out to a 20-point first-half lead and only built on it, handling Villanova 76-51 for a statement win early in Chris Holtmann’s third season. And just one week into the season, the Buckeyes have already added Villanova to their resume for a potential deep tournament run down the road.

Before the Buckeyes can think about that, Lettermen Row is breaking down the win with Three Points as Ohio State dominated Villanova.

Ohio State can score a lot in a hurry

Ohio State made the first half look like a breeze, jumping out to a 20-point lead on Villanova in the first eight-plus minutes. The Buckeyes went into the half with an 18-point advantage on the back of 54-percent shooting as a team in the opening half. But that wasn’t the impressive part. Ohio State scored 17 points in the first three minutes, a quality scoring outburst that set the tone for the night — and never let the Wildcats claw back to make it a close enough game. The Buckeyes already showed they can win a rock fight; they did that against Cincinnati last week. But they can also win when scoring in bunches, a quality that can prove useful down the road. 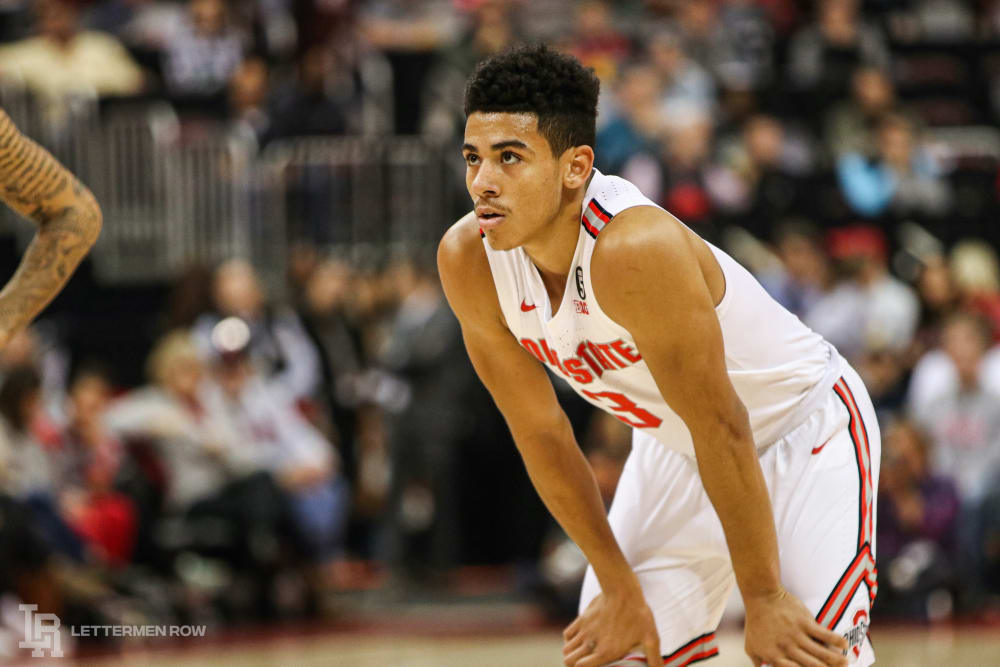 DJ Carton has proven to be a good scoring option for the Buckeyes. (Birm/Lettermen Row)

No shortage of scoring options for Ohio State

The likelihood of Duane Washington Jr. scoring 11 points before the first media timeout again this season is unlikely, but that happened against a top-10 team in the country, helping the Buckeyes stretch the floor and get into an offensive groove. Following Washington’s scoring output early, Florida State transfer guard CJ Walker picked up a quick 10 first-half points as well. Ohio State had a commanding lead for most of the game while star big man Kaleb Wesson was held in check, finishing with just 10 points and his usual 11 rebounds. Washington led the Buckeyes with 14 points. Freshman star D.J. Carton added 11 points and dazzled with a highlight dunk and a couple nifty layups. Five different Buckeyes were in double figures. Wesson and utility forward Kyle Young are more than likely always going to dominate the rebounding for Ohio State, but the balanced scoring can come from anywhere on the roster.

It’s only November, but it’s never too early to start adding wins that will make a difference come March. At 3-0, Ohio State has already earned two quality wins over respected opponents, including the win over Villanova, a program that has won two of the last four national titles. The Wildcats were ranked No. 10 in the country for a reason, and with a huge win at home, Ohio State is already winning games that could help their seeding in the NCAA Tournament. They’ll have plenty more opportunities against Big Ten teams and other nonconference opponents like North Carolina and Kentucky. But the first two this early in the season are a nice start to a resume that will likely only get stronger.