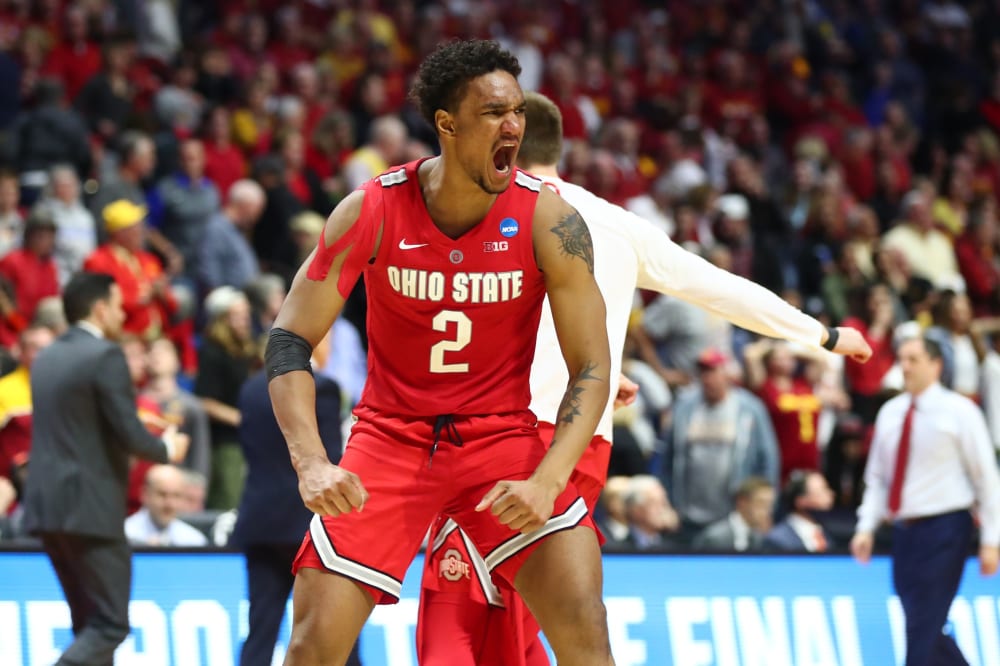 Ohio State and Musa Jallow are looking to pull another upset in the NCAA Tournament. (Mark J. Rebilas/USA TODAY Sports)

The speculation, debate and conversations about Ohio State never end, and Lettermen Row is always ready to dive into the discussions. All week long, senior writer Austin Ward will field topics about the Buckeyes submitted by readers and break down anything that’s on the minds of the Best Damn Fans in the Land. Have a question that needs to be tackled, like the one today about the Ohio State-Houston prediction? Send it in right here — and check back daily for the answers.

Ohio State is once again an underdog in the NCAA Tournament heading to the second round. (Bovada/Courtesy)

TULSA, Okla. — The odds are against Ohio State for a reason.

Houston is extremely athletic, accomplished and a legitimate threat to make a deep run in the NCAA Tournament. Ohio State has been inconsistent, the limitations of the offense are well known and it is already well past the point of playing with house money in the Big Dance.

The Buckeyes aren’t a national-championship contender, and at some point this run is going to end.

And on paper, this is another matchup that Chris Holtmann and Ohio State probably shouldn’t win. But there’s something special about this group that goes by the name Team 120 that makes it capable of reaching levels it shouldn’t. It’s clear in the pregame hugs, the way the Towel Gang bounces around on the bench, the recent knack for role players to suddenly emerge and live up to their potential that somehow the ceiling has been raised for the Buckeyes.

Relying on guts, emotions and intangibles eventually is going to get trumped by pure talent. But the experts making the odds don’t see a huge difference between Iowa State and Houston when it comes to a matchup with the Buckeyes — and everybody already knows how well that spread held up on Friday night. 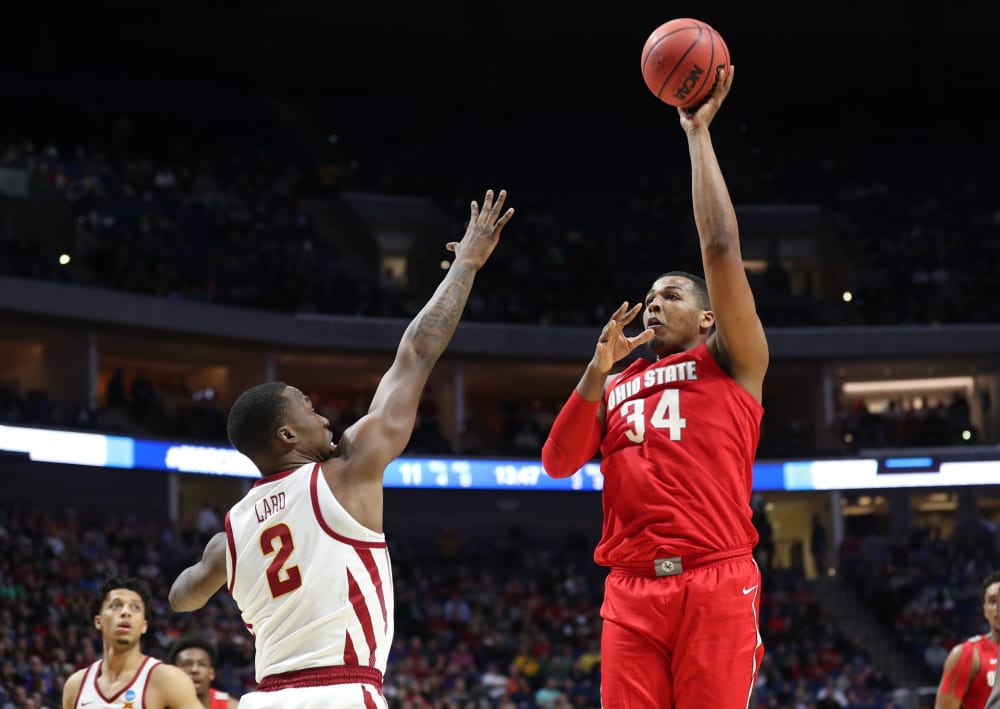 Ohio State can ride Kaleb Wesson to another possible upset if he stays out of foul trouble. (Brett Rojo/USA TODAY Sports)

“I think it begins with great kids who come from great families who want to play for Ohio State,” Holtmann said on Saturday at the BOK Center. “Maybe they don’t quite understand it when they arrive what playing for Ohio State looks like. But as they grow in the program, they have a greater appreciation for the value of being part of a team.

“I do think there is a connection that happens when you have good kids who understand that they’re a part of something great. I think we have that. I think we have tremendous young people. … My college coach used to call it ‘teamness,’ and I do like that right now.”

How far can that intangible take the Buckeyes? Not as far as knocking down more open 3-pointers, playing defense with the sharpest execution of the season and keeping Kaleb Wesson out of foul trouble. Ohio State didn’t pull the upset over Iowa State thanks solely to its “teamness,” and it’s going to take more than that against Houston.

But the Cougars aren’t unbeatable. Ohio State doesn’t even have to look that hard for another possible boost of confidence by watching the film of a Cincinnati team that it beat earlier this season posting a double-digit victory over Houston just two weeks ago.

Maybe that common opponent doesn’t make any difference. Maybe Ohio State is now suddenly completely content with what it has done this season. Maybe Holtmann’s first-round magic doesn’t apply to the next game.

But why risk betting against it?

NCAA Tournament: How Ohio State pulled the upset — and can do it again
Ohio State: Upset magic fades, Buckeyes fall short in second round
Advertisement