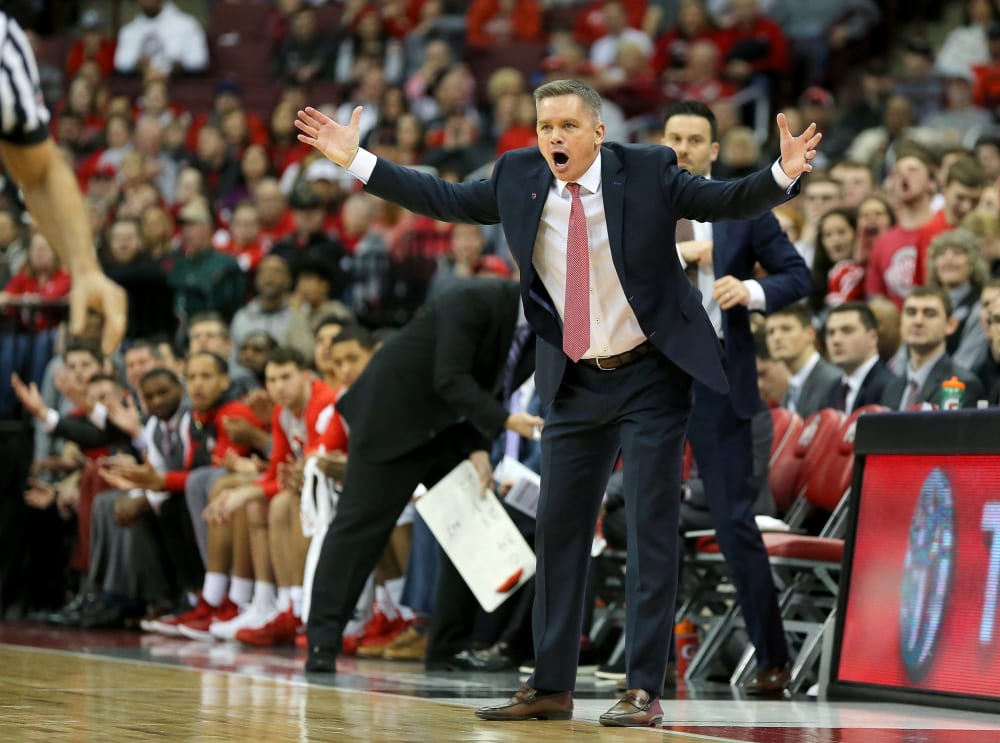 COLUMBUS — The good vibes from the last time Ohio State walked off the court at Value City Arena feel like a distant memory.

The chances of an NCAA Tournament bid are fading right along with it, even if the Buckeyes who appeared to have an invitation to the Big Dance all sealed up briefly returned for a truly remarkable rally that nearly started another raucous celebration.

Ohio State came up short in overtime, though. And the lack of a closing argument on Sunday and over the final stretch of Big Ten games is a problem for the program with Selection Sunday a week away.

Since that demolition of Iowa, the Buckeyes have had their best player suspended for the last three games without confirming how long the punishment would last. They were embarrassed at Purdue, hapless at Northwestern and then unable to take advantage of what seemed to be a beatable Wisconsin squad on Sunday in the regular-season finale. The tables have turned on Ohio State in a hurry, and the latest 73-67 setback casts even more doubt on the postseason outlook for a program that actually has a respectable resumé for a bubble team.

So, what’s next for the Buckeyes? What does the latest loss mean for Ohio State as it heads to Chicago for the Big Ten tournament? Lettermen Row is breaking it down with Three Points.

As another anemic offensive first half came to a close, negating another productive performance on the other end, it was almost impossible to ignore what inserting Ohio State’s best player could have meant against a ranked opponent with a possible NCAA Tournament bid on the line. As the Buckeyes piled up fouls in the post, missed layups and continued to lack a reliable finisher in the post, they still found themselves easily in striking distance of Wisconsin. But Wesson alone isn’t going to snap Ohio State out of its shooting funk, he’s had his own well-documented issues with fouls and the sophomore isn’t going to fix the inconsistency in the backcourt. So, Ohio State is obviously a much different team with its best player, but if he returns in time for Thursday’s first game in the Big Ten tournament, it’s now at least fair to wonder if Wesson can salvage the Big Dance bid. 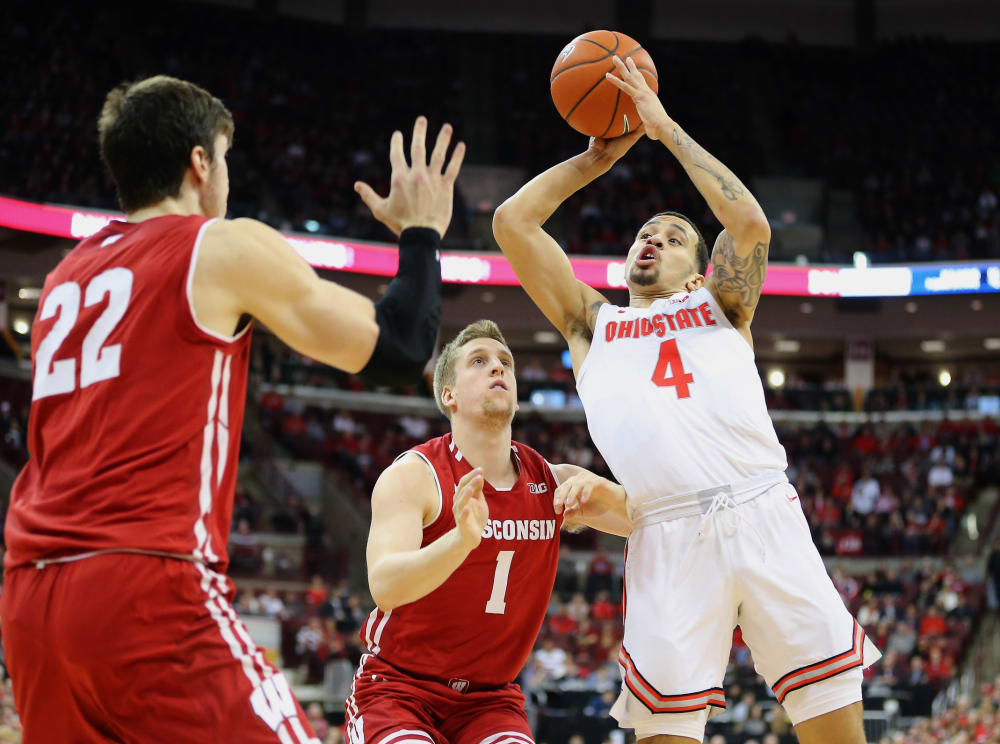 There were plenty of times this season where it was easy to forget that Ohio State was in the midst of a transition season and should have been paying for the price for the recruiting misfires late in the Thad Matta Era. The Buckeyes were ranked, Chris Holtmann had momentum rolling and a limited roster was finding ways to scrap to wins that had it pointed toward the NCAA Tournament. But the slim margin for error caught up to Ohio State eventually, and having just C.J. Jackson, graduate transfer Keyshawn Woods and walk-on Joey Lane serves as a reminder of the difficult situation the program was always supposed to face this season. That once-vaunted recruiting class from 2015 that should have had some representation on the court before the game on Sunday? All of them were missing, and that void was a much bigger issue than Wesson sitting out again.

Ohio State roared to life down the stretch, and it deserves plenty of credit for never quitting in the face of a 23-point deficit. But it would have never been in that situation if it had found some consistent offense to spread throughout the game. The looks from the perimeter were wide open at times early, and even inside Ohio State had enough short-range opportunities that should have been finished and could have changed the complexion of the game. Sure, Wesson could provide a lift by himself in both departments, but he can’t be solely responsible for lifting the Buckeyes in the Big Ten tournament or beyond. Luther Muhammad has clearly hit a freshman wall, Justin Ahrens is now in a role that’s going to require him to knock down jumpers and Duane Washington’s shot selection can occasionally negate the other positives he brings to the Buckeyes. All of those guys have flashed the ability, and Ohio State will need help from the freshmen to pick up a win or two in Chicago.