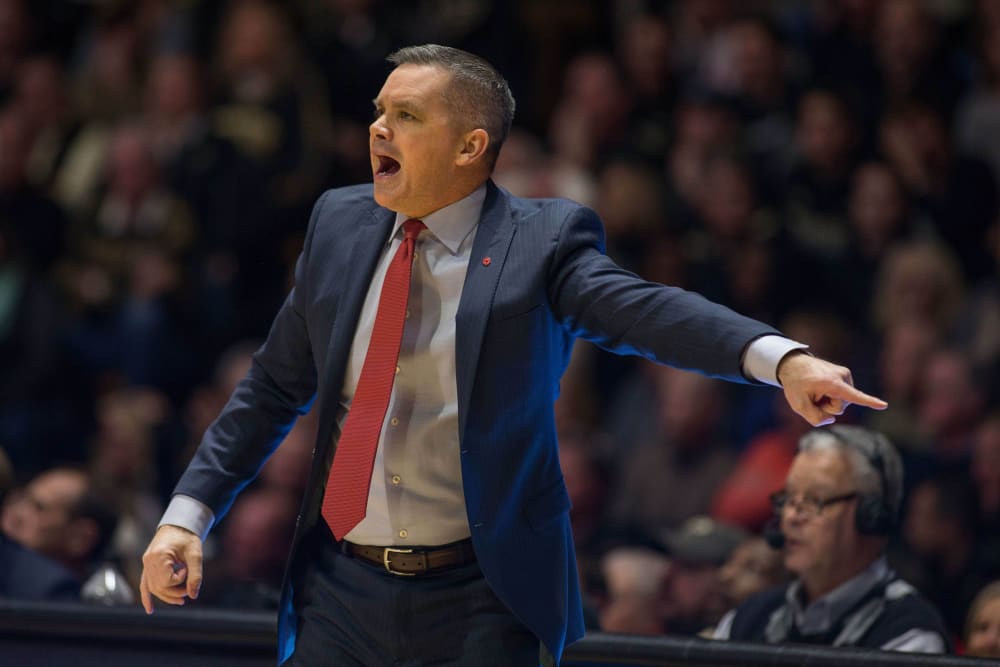 Not always the cleanest performance. Never, ever, in doubt.

Now the Buckeyes are 4-0 and can remain unblemished when they host Samford from the Southern Conference on Tuesday at 7 p.m.

We look at Ohio State’s fourth win in as many tries as Lettermen Row continues our Three Points game-day fixture.

1. Everybody contributes for Ohio State

Ohio State continues to have new and familiar stalwarts emerge, but it has not had another performance this season quite like the one against South Carolina State. A whopping eight Buckeyes generated double-digit plus-ratings in the insightful plus-minus log, highlighted by Duane Washington Jr. and Musa Jallow at plus-25 apiece late in this romp. Kyle Young and Luther Muhammad also generated plus-minus ratings of 20 or more as the Buckeyes emptied the bench inside the final five minutes.

The Buckeyes had five players score at least points and showcased the increasing balance and versatility that prevents teams from singling in merely on Kaleb Wesson or C.J. Jackson. The Buckeyes also again got extremely valuable bench production with 35 points from its reserves. Sure, it’s early in the year, but Washington Jr. is absolutely making a first-month case as the Big Ten’s top sixth man.

Kaleb Wesson almost single-handedly outscored South Carolina State in the opening half, when the sophomore post helped to ignited a 26-10 run that removed any doubt aside from the final score. Wesson had 17 first-half points in 14 minutes on the floor. The big man converted on 3 of 3 attempts from long-range and simply proved a devastating mismatch for the Bulldogs in every capacity.

Wesson had only two first-half rebounds, but let’s remember: The Buckeyes again shot more than 50 percent from the field in the opening half and shot 60 percent from deep.

They remain one of the very-best 3-point shooting teams in college basketball, and the more Ohio State continues to get that identity on tape, the more it will open things up for Kyle Young — and Wesson when he goes inside and other front-court contributors.

Andre Wesson also maximized his efficiency in a game that didn’t require him to log extensive minutes. He moved into double figures with a 4-for-5 effort from the field and a trio of free throws.

Rookie guard Luther Muhammad continues to emerge as the team’s pilot. Muhammad bounced back from limited minutes and rapid foul trouble in the win at Creighton to effortlessly control this game for the Buckeyes. Muhammad’s stingy defense has him becoming Ohio State’s chief lockdown-defender, but his offense keeps evolving as well. He had 12 points in this contest, and stuffed the stat sheet with four assists, three boards and a steal — all without any turnovers. Sure, the Bulldogs were outclassed, but they were athletic in spots and any game where a freshman distributes that well without any giveaways is yet another important step.

Ohio State had a combined 12 dunks and layups, never trailed and had 21 fast break points. … The Buckeyes entered the game among the nation’s most prolific and proficient teams from distance, and they didn’t quite shoot at the same eye-popping clip — 37 percent — but added another seven bombs on 19 attempts.