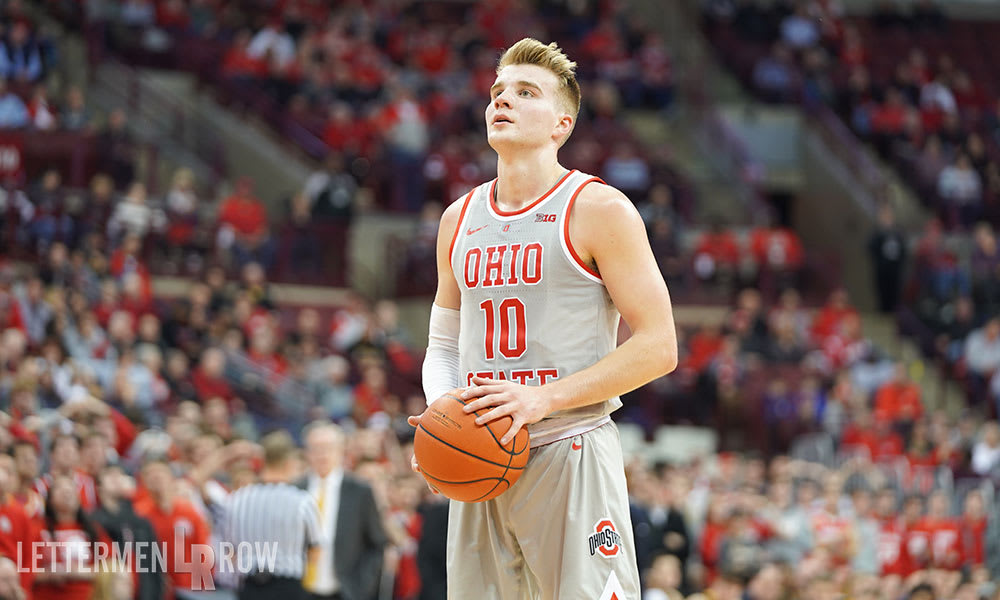 The Buckeyes should be safely in the NCAA Tournament again, and they offered a clear reminder of how difficult an out they can be for ranked opponents at their best.

It had been a while since Ohio State truly looked like the caliber of team that could count on earning an invitation to the Big Dance after the roaring start to the season outside of Big Ten play. It’s arguable that they haven’t put together an outing in months that was even close to what it put on display on Tuesday night against Iowa in a victory that should solidify the resumé for Selection Sunday, an 90-70 decision that could erase a couple other blemishes along the way.

There is obviously still work to be done with three games left in the regular season and then the conference tournament. But Ohio State picked up what is undoubtedly a significant win at Value City Arena, and Chris Holtmann should now get a reprieve from having to talk about the bubble.

What all did Lettermen Row learn about the Buckeyes in the win? Let’s break it down with Three Points.

Maybe it took the way he was cheering on the sideline to catch Chris Holtmann’s eye last week, maybe Ohio State actually already knew something was building with Justin Ahrens. Either way, there’s surely no turning back now after a true breakout performance from the freshman. Ahrens gives the Buckeyes something they’ve really lacked for most of the Big Ten season with his confident, silky-smooth stroke that he’s not afraid to unleash even if a couple in a row don’t go down for him. Ahrens isn’t a finished product on defense and occasionally makes decisions that show his age, but there is no denying the lift he’s giving to Ohio State on offense right now after that 29-point explosion. Considering the stakes as the Buckeyes pushed for an NCAA Tournament bid against a ranked opponent, the work Ahrens delivered against the Hawkeyes will go down as one of the most important performances of the season. 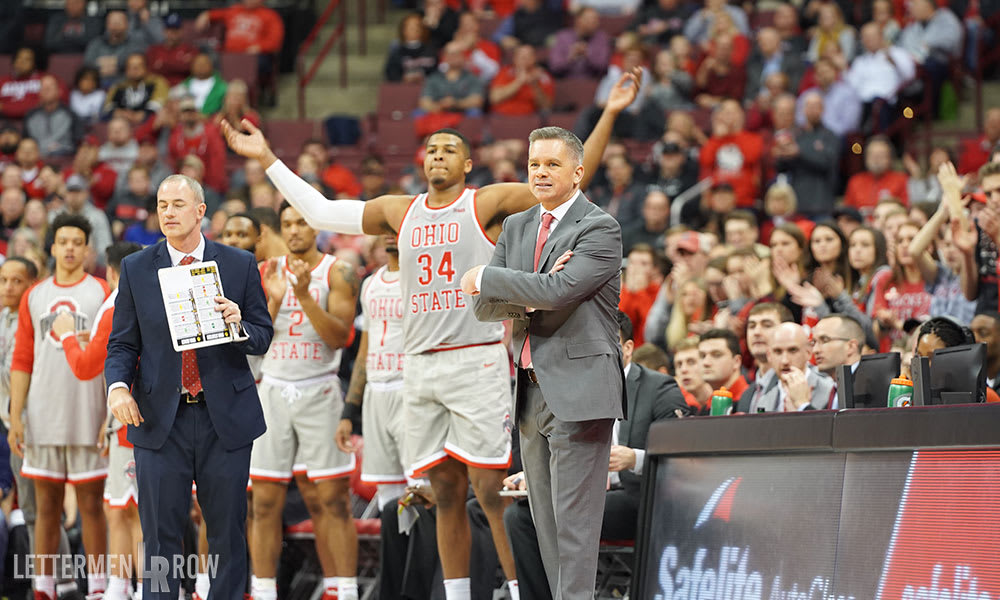 Right from tipoff, there was clearly a higher level of energy coming from Chris Holtmann on the bench. And when that was combined with more suspect Big Ten officiating, it was only a matter of time until he a technical foul came his way. Holtmann was mainly upset with the questionable calls that sent Kaleb Wesson to the bench in the first half, but he could have picked any number of issues to bring up before getting whistled during a timeout. But it served a couple purposes, including firing up the Buckeyes and leaving no doubt that he had their back. The way they battled for him was impressive, especially when there were rocky moments that could have put out the fire.

As limited offensively as the Buckeyes are generally, and especially the way it was early during an extended shooting slump, they can’t afford to give up extra chances on the defensive end. Ohio State is consistently a solid fundamental team on that end, but sometimes it can get burned by giving up offensive rebounds and second-chance points — which is why the effort and execution in the first half were so key. Iowa managed to get a tip-in bucket and also converted its other offensive board into points, but it was a huge positive for Ohio State to limit the opportunities when it was locked in a tight matchup.