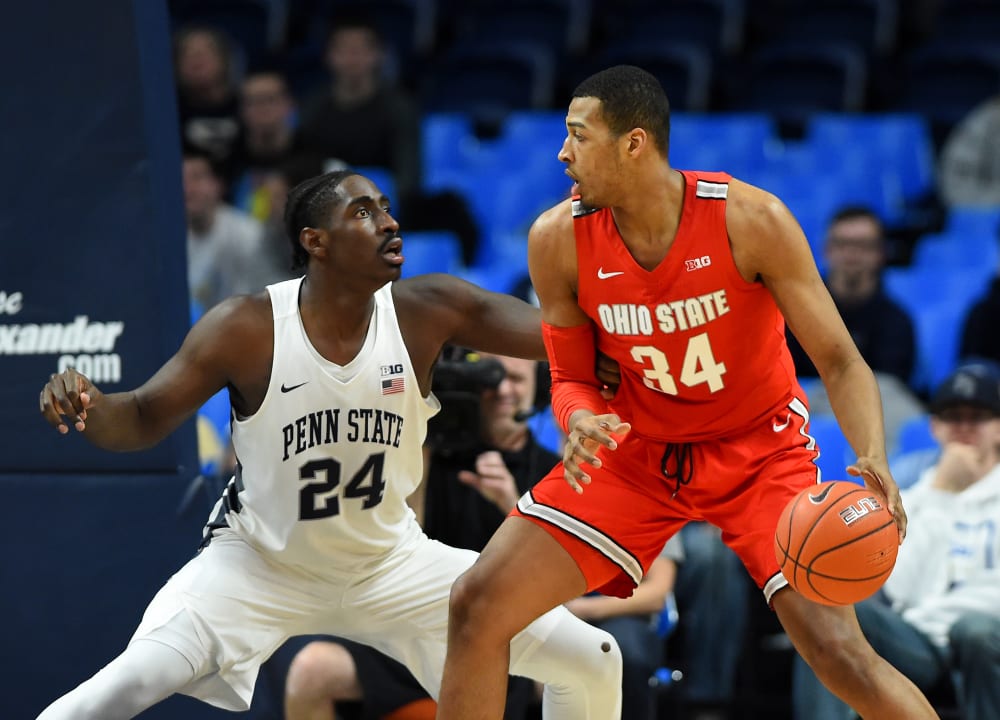 COLUMBUS — This looked nothing like the last time Ohio State played Penn State.

Just a few short weeks ago, the Buckeyes were a top-five team in the country and put up more than 100 points on the Nittany Lions in a blowout win that asserted them as one of the top teams in America.

But in the Bryce Jordan Center on Saturday afternoon, Ohio State didn’t seem like a ranked team. The Buckeyes started slowly, couldn’t get on track and had trouble stopping the Nittany Lions in their 90-76 loss, their fifth loss in the last six games and fifth Big Ten loss of the season.

Ohio State seemed to be poised for a deep Big Ten Tournament and NCAA Tournament run after a brilliant first two months of the season. Now, the Buckeyes have a lot to sort through following another disappointing loss that looked all too familiar from the previous few games.

Before the Buckeyes can think about getting back on track Thursday against Minnesota, Lettermen Row is breaking down Three Points from the latest Ohio State loss.

Ohio State’s latest Big Ten loss was on the road, and the Buckeyes haven’t won a Big Ten road game all season. It’s appeared to be a trend across the conference that Ohio State hasn’t been able to shake. Following the Ohio State loss, Big Ten teams are 6-37 on the road in conference play this season. Chris Holtmann’s team is 0-4 in Big Ten road games on the season, and it won’t get any easier. The Buckeyes’ next road game is winnable — it’s a trip to Northwestern — but after that, trips to Michigan and Wisconsin will come, both tough places to win. Ohio State is now in a deep hole in the Big Ten standings, and the only way out might be to find ways to win road conference games. Nobody in the league has been able to do so yet this season, and the Buckeyes are no different. 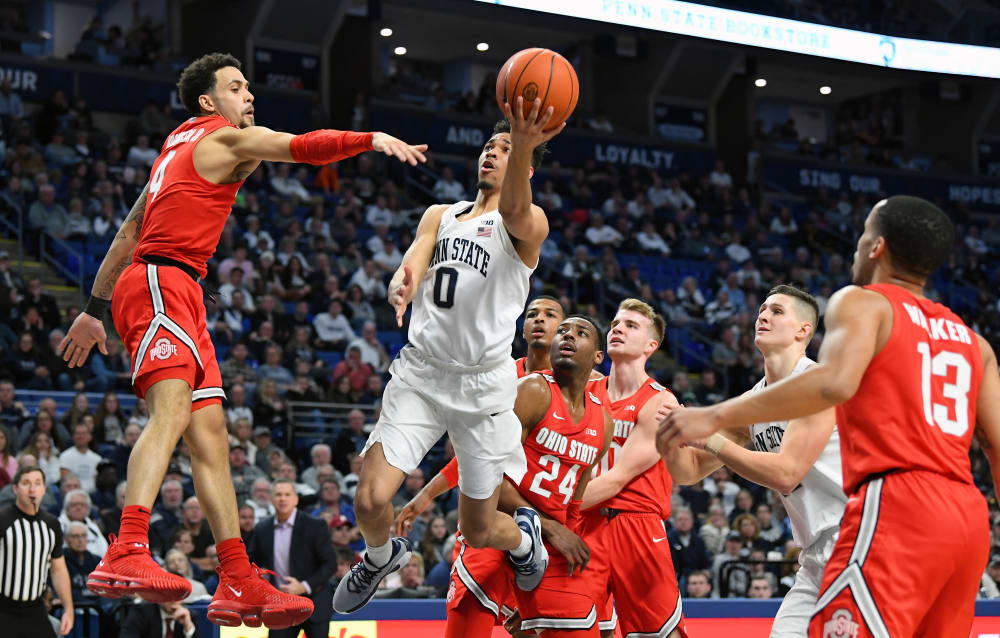 Just as it appeared the Buckeyes figures some issues out on the offensive end against Nebraska, they reverted back to their struggles against Penn State. Ohio State guards Duane Washington Jr. and Luther Muhammad returned to action after serving a one-game suspension, and Washington helped pace the offense with 20 points, but it ultimately didn’t matter. The Buckeyes shot just 42 percent from the floor. Kaleb Wesson continued to play like an all-conference performer with 19 points, but the supporting cast didn’t. Last time out, six Buckeyes reached double figures. Only three did against Penn State. The good news for Holtmann? His team was able to get to the free-throw line and knock those down for easy points. But throughout the game, Ohio State seemed to struggle against the physicality of Pat Chambers’ Penn State defense.

Are Buckeyes headed toward trouble?

Ohio State will have five days until its next game when it hosts Minnesota inside the Schottenstein Center. The Gophers already beat the Buckeyes in Minneapolis, so the rematch won’t be easy. A trip to Northwestern should finally give Holtmann and the Buckeyes a road win, but Indiana will come to Columbus after that. Then a trip to Michigan. Are the Buckeyes headed toward trouble? The Ohio State offense has been stagnant since Christmas. Defensively, the Buckeyes haven’t been bad, but wins just aren’t coming right now. At 2-5 in conference play, Ohio State can’t afford another losing streak. The next game against Minnesota could be telling about the direction of the season moving forward. If that goes well, the Buckeyes could turn a corner and begin to get back on track. If they can’t get a home win next week, they might start to find themselves in trouble.