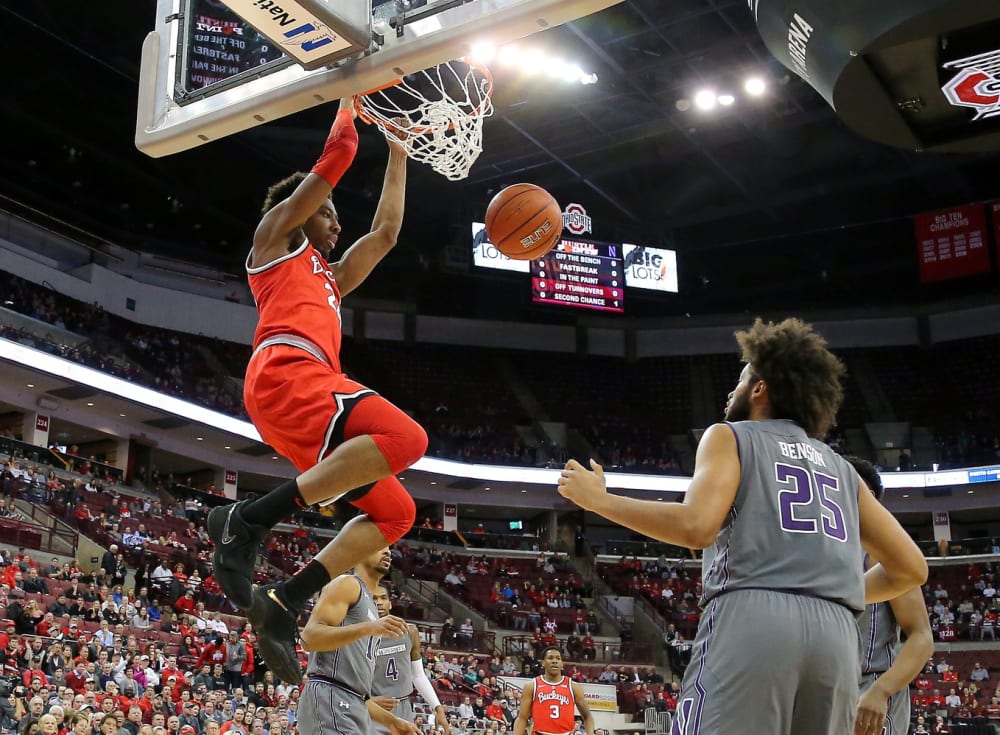 COLUMBUS — Ohio State still doesn’t have a ton of breathing room, but at least it got to relax in the final few minutes for the first time in a while.

After an up-and-down slog throughout the majority of Big Ten play and even stretches of forgettable basketball on Wednesday night, the Buckeyes finally pulled away, asserted themselves and earned a reprieve from late-game pressure in a comfortable win.

The program couldn’t afford to not to knock off Northwestern at Value City Arena if it was going to stay alive in the chase for an NCAA Tournament berth. And it definitely won’t take the 63-49 decision over the Wildcats for granted given all it has been through since New Year’s Day — and with a rugged schedule still ahead of it.

But the Buckeyes earned their celebration and the chance to empty the bench in a conference game. And Lettermen Row is breaking down what that win means with Three Points.

Look, nobody is going to confuse Northwestern with a prolific scoring team anytime soon. But that doesn’t mean the intensity, fundamentals and willingness to defend by Ohio State should be overlooked, especially when the margin for error is so small thanks to the well-documented issues it has on offense. The Buckeyes put their bodies on the line to draw a pair of charges while also coming up with four blocks and three steals in the first half alone, which was enough to build a lead and make it clear that effort isn’t a problem for Holtmann’s team. There are obvious flaws and limitations on this roster, but Ohio State certainly deserves credit for continuing to grind on the defensive end of the floor. 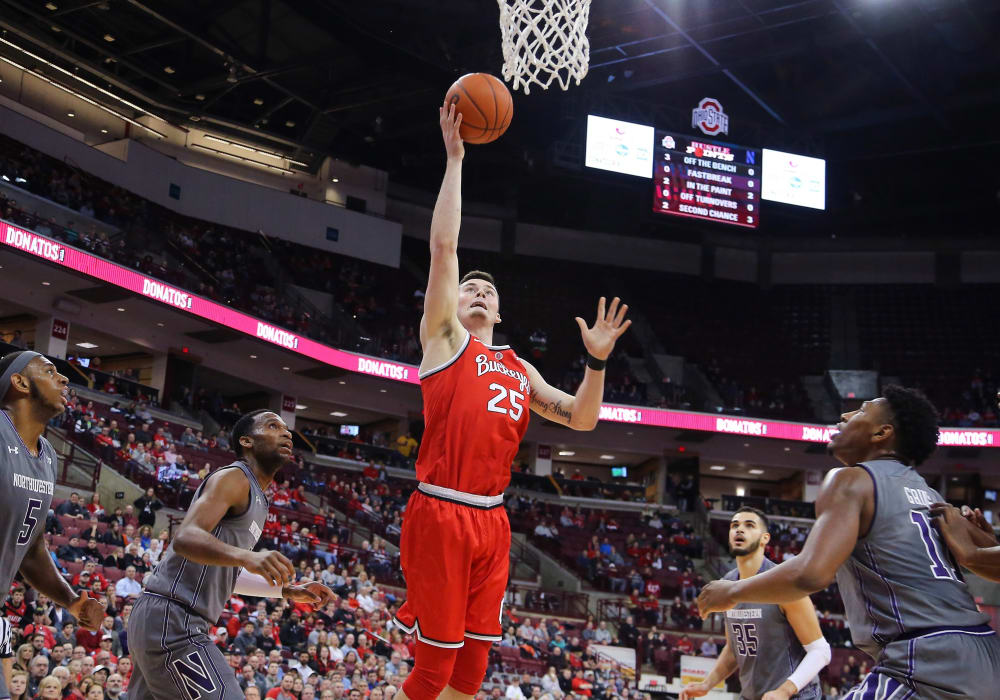 Ohio State got some important minutes from Kyle Young in the win over Northwestern. (Joseph Maiorana/USA TODAY Sports)

Check out all those Ohio State assists

There were more than a few possessions against Northwestern that included aggressive back-cuts, precision passes, strong finishes at the rim and good decision-making with the basketball. The frustration for the Buckeyes has to be identifying why it can’t play with that level of execution more consistently, because it’s clearly capable of more proficiency on offense than it has generally shown lately. When Ohio State is sharing the way it did against Northwestern and blending that with the urgency on the other end of the floor, that’s the version that could easily head to the NCAA Tournament.

There was nothing pretty about the quality of the basketball, and honestly there’s not a lot more worth breaking down in a matchup that was often painful to watch. But the jerseys Ohio State unveiled were gorgeous, and it should probably wear them all the time. The script Buckeyes, the old-school Block O logo and simplicity of the uniform make for a classic look that at a minimum should be unveiled more often. Maybe that’s unreasonable in this age of alternative uniforms and varied looks to show off for recruits, and there are hundreds of over things on Holtmann’s mind ahead of how his team is dressed. But maybe in the offseason Ohio State can give a little thought to giving that set of jerseys more use.