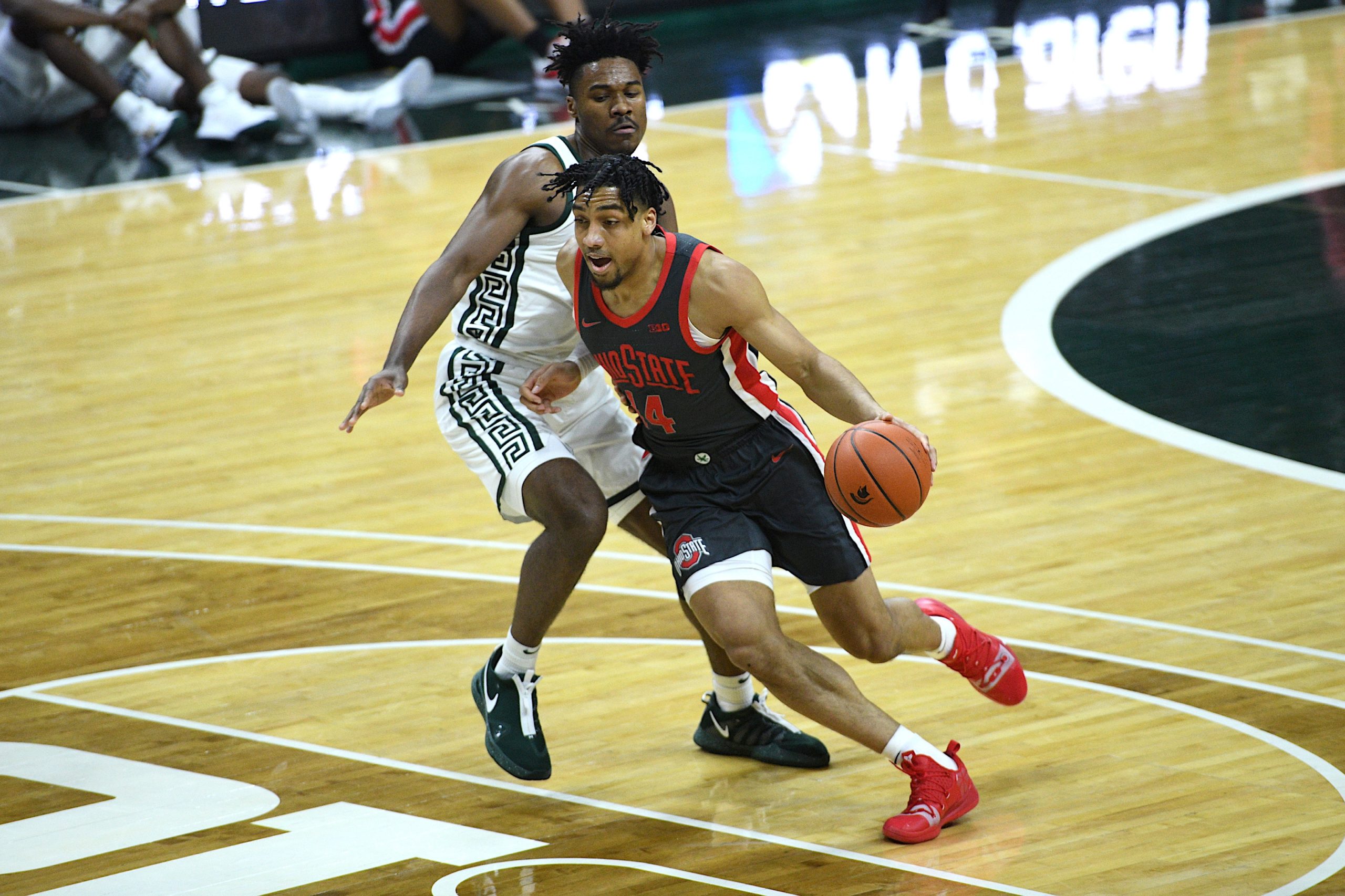 Ohio State knew the rematch with Michigan State wasn’t going to be like the first matchup.

After handling the Spartans earlier in the season, the Buckeyes were not going to have an easy night Thursday at Michigan State. And without senior leader Kyle Young, that challenge became even tougher. It proved too much to overcome inside the Breslin Center, as the No. 4 Buckeyes were upset on the road 71-67.

In a chippy game that featured plenty of whistles from the officials, 42 total fouls between the two teams and angry coaches throughout due to officiating, the Buckeyes (18-6, 12-6 Big Ten) were unable to overcome the loss of Young, who missed the game with a concussion, faltering down the stretch against a Michigan State team that seems to be playing its best basketball of the season.

The Buckeyes dropped their second-straight game after losing Sunday to Michigan, and the loss to the Spartans is the Buckeyes first road loss in conference since Jan. 3. Lettermen Row is breaking down Three Points from the tough Buckeyes loss to Michigan State.

Ohio State has been one of the best road teams in the Big Ten this season. But after winning six straight conference games away from home, the Buckeyes weren’t able to overcome the loss of Kyle Young and questionable officiating throughout the night. The Buckeyes had also won seven consecutive games overall before Sunday, but now they’ve dropped two straight games, certainly not the result Holtmann and the Buckeyes were looking for this late in February. Ohio State’s road slate is complete, but it ended this weird road season with a loss to a tough Michigan State team. 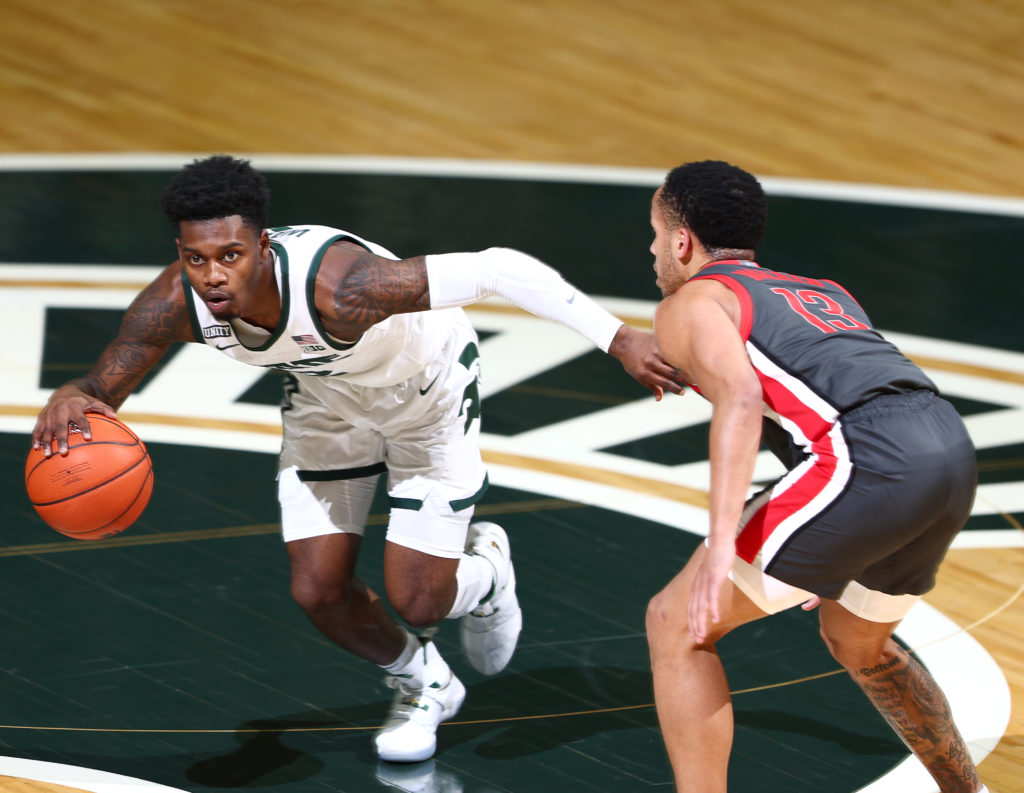 When Ohio State coach Chris Holtmann announced Wednesday afternoon that Kyle Young would miss the matchup against Michigan State, he made sure to emphasize how significant the loss of Young was for the Buckeyes. Young’s absence proved to be huge in the game. Guard Musa Jallow started for the Buckeyes in Young’s place, and he gave the Buckeyes good minutes despite not scoring. Freshman forward Zed Key continues to become an option for the Buckeyes, logging 12 minutes and contributing on both sides of the floor. Justice Sueing helped on the offensive end, as well. Four Buckeyes finished in double-figures scoring, but Young’s absence was clear, and Ohio State fell without him.

Ohio State must move on from the loss to the Spartans with a short memory. The Buckeyes have just two regular season games remaining before the Big Ten Tournament, and neither will be easy. The Buckeyes will face No. 9 Iowa on Sunday before having a week to prepare for No. 5 Illinois. Both games will be at home, and the Buckeyes already have wins over both teams on the road. But those two games will test Holtmann and the No. 4 Buckeyes before they enter postseason play, especially after back-to-back losses. The two remaining games could set the tone for a run deep into March if the Buckeyes can get back into the win column.