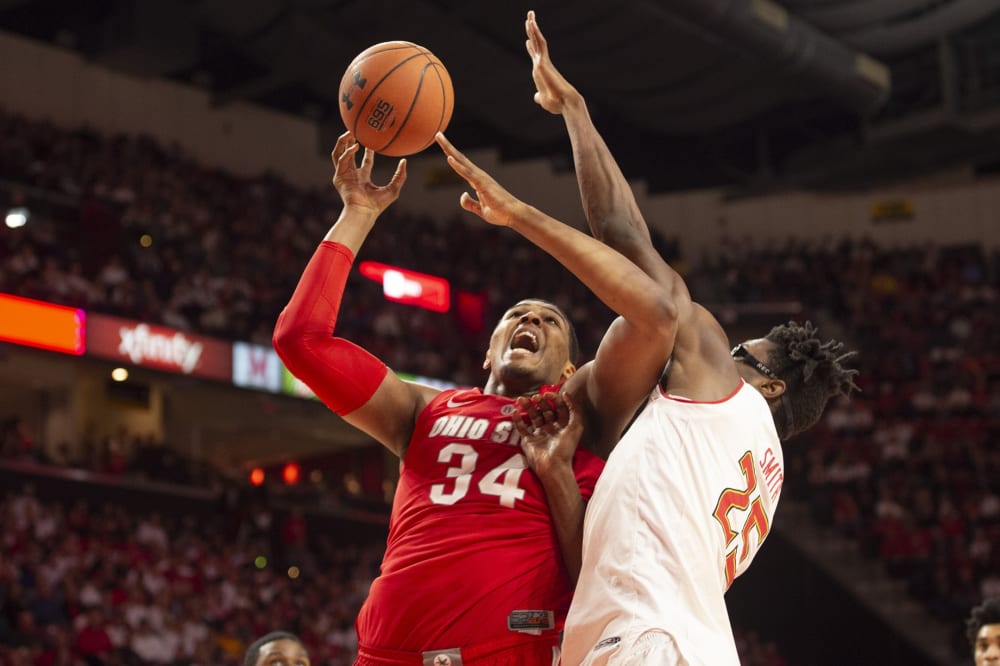 Ohio State put up a spirited fight at Maryland on Saturday, but it came up short in a key Big Ten road game. (Tommy Gilligan/USA TODAY Sports)

The breakthrough win didn’t materialize. But if Ohio State keeps putting itself in position to claim one, sooner or later it figures to come.

Despite being shorthanded on Saturday and then facing a sizable second-half deficit on the road against a ranked opponent, the Buckeyes still put together a performance that made them a real threat to knock off Maryland.

That didn’t happen down the stretch, and eventually the Buckeyes dropped a 72-62 decision to the Terrapins. But the way the program is fighting, they’re continuing to look like a possible NCAA Tournament team as the opportunities for a resumé-boosting win continue to dwindle.

Ohio State could have used the lift from stunning Maryland and looked more than capable at times of doing it. But the Buckeyes were an underdog for a reason, and their chances of heading back to the NCAA Tournament are likely unchanged even after the latest loss.

What does that outing suggest about the Buckeyes moving forward? Lettermen Row is breaking it down with Three Points.

C.J. Jackson injury could be significant blow for Ohio State

Officially listed as day to day by the program after hurting his shoulder on Wednesday, there’s no indication yet that C.J. Jackson could miss any kind of extended action for the Buckeyes. But if he does, that’s going to shrink an already small margin for error even more as Ohio State enters the closing stretch in Big Ten play. Jackson obviously has his ups and downs, but his leadership and willingness to at least try to fill the void at point guard are truly meaningful for the program. He isn’t afraid to take big shots, he’s tough worker on defense and he plays with no shortage of passion. Ohio State might be able to cover up for his absence at times, but the longer it’s without Jackson, the worse off it will be. 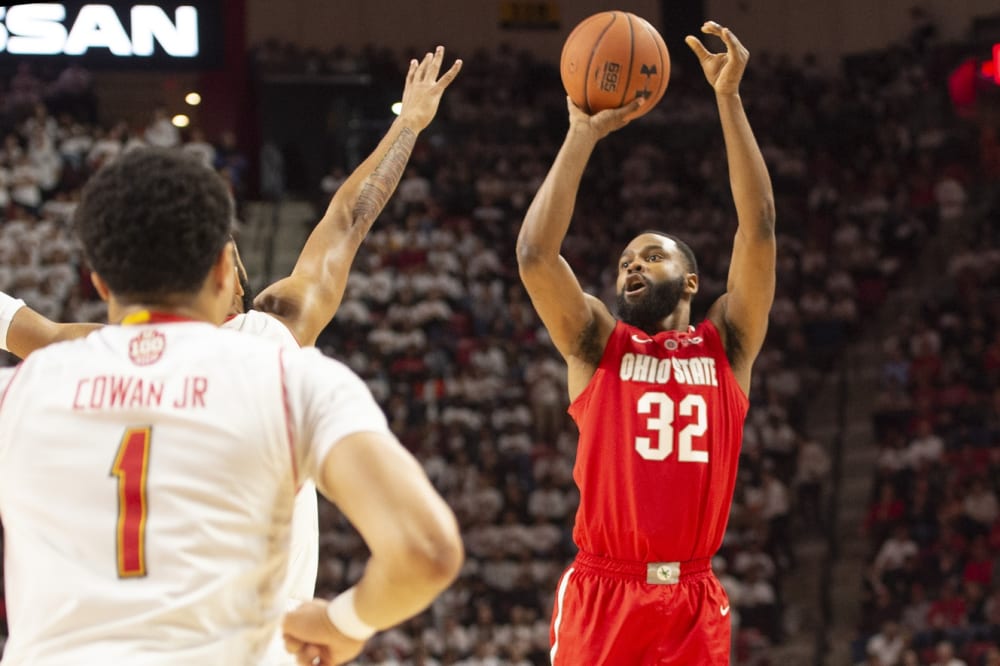 Ohio State got an offensive lift from Keyshawn Woods, but it wasn’t enough for the Buckeyes. (Tommy Gilligan/USA TODAY Sports)

The veteran savvy, confident ball-handling and ability to knock down shots that Ohio State was looking for when it pursued Keyshawn Woods on the graduate-transfer market returned, right when the team needed it most. Without Jackson around, there was more pressure on the senior to deliver — and his productive first half showed he can handle the role. Even when Jackson returns, the Buckeyes are going to continue to need Woods to step up as a scorer. Considering his experience, there just aren’t really any other options for Ohio State to turn to as it looks to claim a couple wins that would punch a ticket to the Big Dance.

The Maryland crowd was rocking, the lead was expanding and Ohio State couldn’t have been blamed for starting to turn its attention to Tuesday’s key home date against Iowa. But rather than pack it in, the Buckeyes scratched almost all the way back from a 16-point deficit to nearly rally for what would have been a stunning upset. They didn’t have enough firepower in the end, but the way Holtmann continues to get such relentless effort from what figures to be his thinnest roster with the program continues to bode well for the future. That might offer little solace on Saturday, but the Buckeyes are still heading in the right direction.