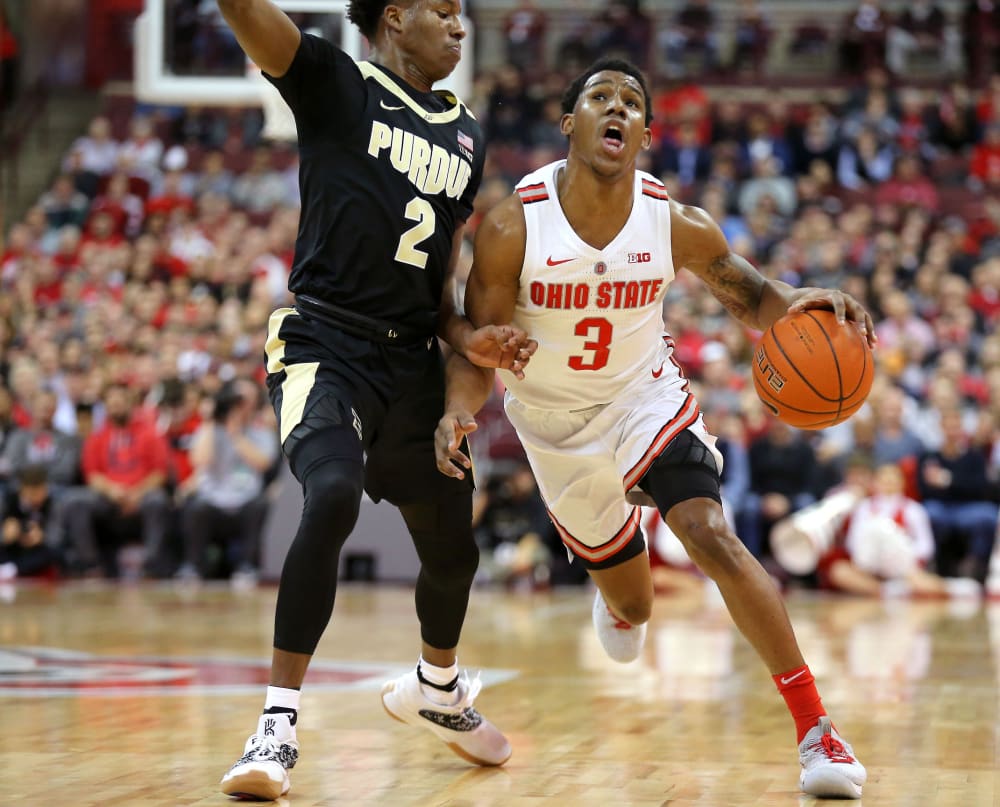 COLUMBUS — The hole is getting deeper, and it’s getting harder to see a way out for Ohio State.

Even after a hot start, even with a second-half barrage of jumpers falling and luck on their side for halftime heaves from midcourt, the Buckeyes still can’t snap out of their ongoing funk.

For stretches, Ohio State looked more than capable of getting back on track on Wednesday night at home against Purdue. But the Buckeyes instead were left grasping for answers in a 79-67 defeat to the Boilermakers, the program’s fifth consecutive defeat to continue a Big Ten drought that has included every game since the start of the new year.

How can Ohio State right the ship? What happened in the latest defeat? Lettermen Row is breaking it down with Three Points from the latest setback.

If the book is out on how to stop the Buckeyes, it’s hard to figure out exactly how Chris Holtmann is going to come up with a solution given the limitations of the current roster. Ohio State probably isn’t nearly as poor of a shooting team as it has been for the last couple games, and it might eventually be due for a bounce back at some point in Big Ten play. But aside from missing a bunch of early, open looks against Purdue, the bigger problems came from reckless decisions off the dribble, blind passes and what seemed to be general confusion about what it was doing from possession to possession. Andre Wesson started knocking down 3-pointers in the second half, and Justin Ahrens provided a lift. But it wasn’t nearly enough after falling behind by double-digits to Purdue. And while Holtmann has quickly earned the benefit of the doubt with his coaching acumen at Ohio State, right now his hands might just be tied. 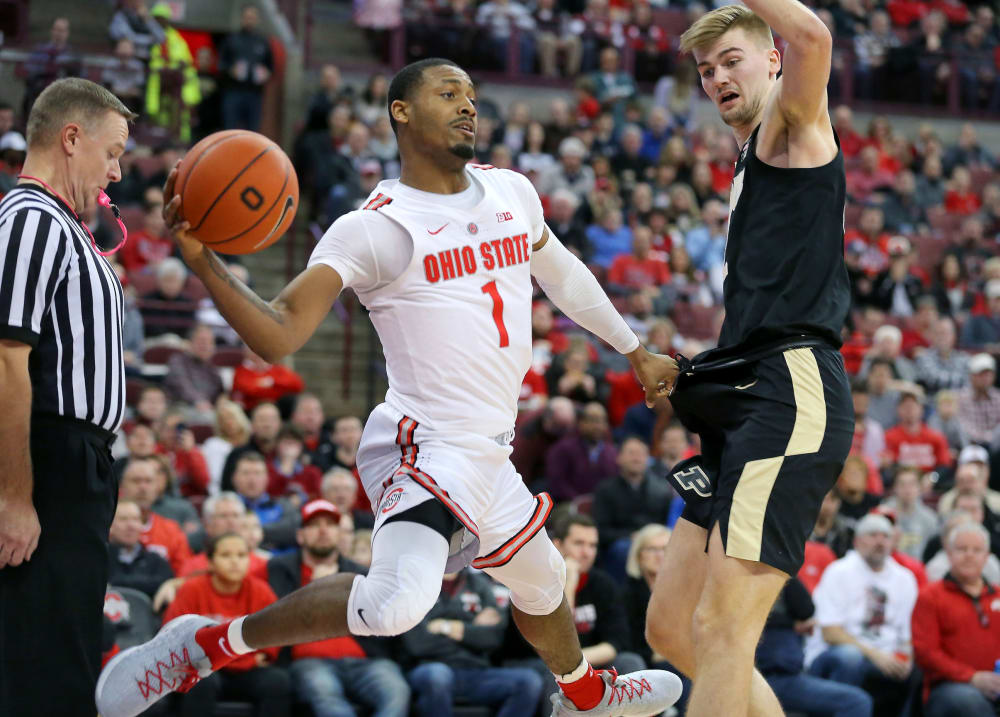 The sophomore forward may not lead Ohio State in any specific categories, but Kyle Young’s consistent effort and ability to stuff the stats sheet in a variety of ways is going to be tough replace while he recovers from a stress fracture that could keep him out for a couple weeks. If nothing else, the Buckeyes don’t really have another option to fill his physical presence without much size to turn to off the bench and Jaedon LeDee still working through some growing pains. Young’s seven points and five rebounds per game might not seem like much, but Ohio State is going to continue to struggle without him.

The NCAA Tournament isn’t completely out of the question yet for Ohio State. But if this season is starting to turn into a learning experience and preparation for a run next year, the Buckeyes would be wise to keep giving Justin Ahrens more chances to develop on the court against Big Ten opponents. It’s not always going to be pretty with the freshman forward, but he’s got a confident 3-point shot, wasn’t afraid to step up with the Buckeyes needing scoring help in the second half and was clearly bringing energy on both ends of the floor. There is obviously room for Ahrens to grow, but there’s also signs that he can help already as he taps into that upside.