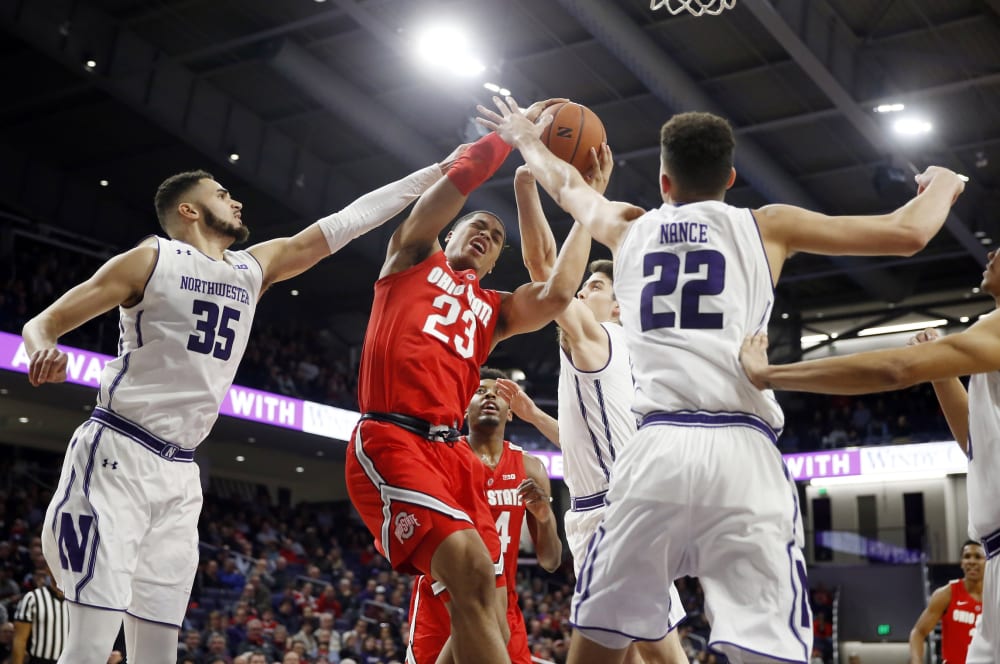 Add another ugly blemish to the resumé for Ohio State.

And maybe the Buckeyes might have a reason to start really worrying about an NCAA Tournament bid that a week looked like it had been sewn up.

Clearly coach Chris Holtmann’s team isn’t the same without Kaleb Wesson, and he’s now got consecutive road losses in the Big Ten that were equally damaging with the sophomore suspended — even if the margin of defeat wasn’t nearly as severe in the 68-50 defeat at Northwestern.

With the Wildcats mired in the conference cellar, the latest loss for the Buckeyes figures to be a much bigger problem come Selection Sunday now that there is only one regular season game and the conference tournament left on the schedule. Ohio State has another chance to bolster its case against Wisconsin, of course, but all the momentum is gone and the bubble could be about to burst.

What else was there to take away from that setback for Ohio State on Wednesday night? Lettermen Row is breaking it down with Three Points.

Even with their star, the Buckeyes still struggled offensively in a grind against Northwestern earlier this season. The style of play in that matchup combined with the obvious scoring limitations Ohio State has dealt with all year can produce some hideous basketball, and that was certainly the case on Wednesday night in a Big Ten rock fight. What has to be even more frustrating for Holtmann is that the Buckeyes just delivered their most efficient performance of the season last week in an impressive beatdown of Iowa, right before losing Kaleb Wesson to his indefinite suspension. Without the big man to provide his inside-outside presence, heady passing and ability to create space for shooters, the Buckeyes have become an absolute mess on offense. And there is quite simply no solution that doesn’t involve Wesson’s return — whenever that might be. 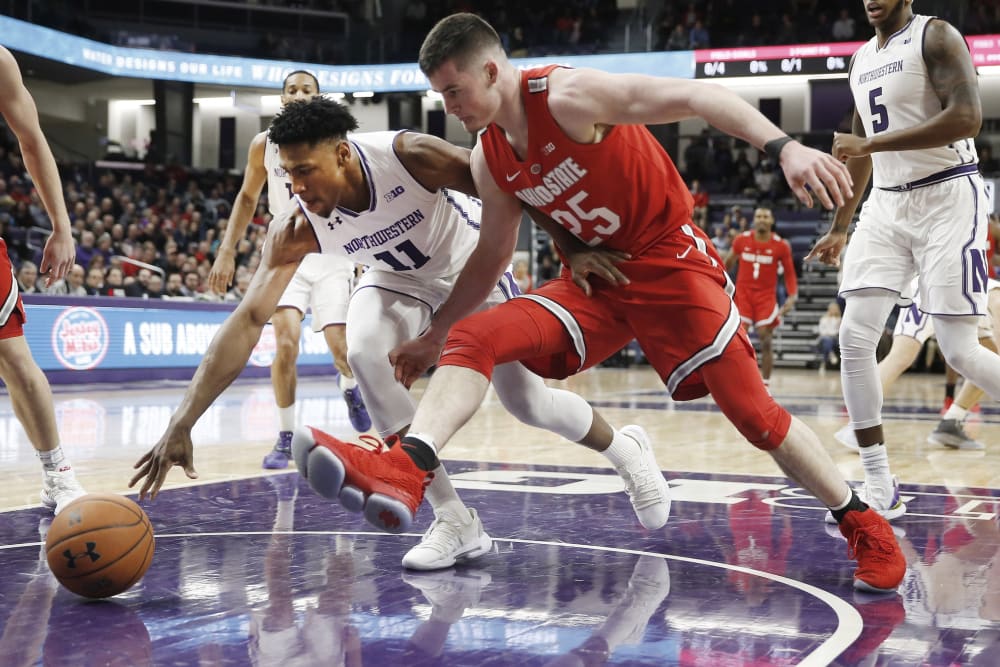 Ohio State was obviously short on bright spots, but it got a shining example of what it means to pour everything out physically to try to help the program. Kyle Young is clearly not fully healthy, which isn’t really a secret since the Buckeyes have been having to restrict him in practice just to have him available for games. The sophomore was challenged even more against the Wildcats after suffering what appeared to be both a re-aggravation of the stress fracture and rolling his ankle after a knee-to-knee collision in the first half. But Young kept coming back for more, even blocking a shot, converting a three-point play early in the second half and adding an athletic tip-in for good measure.

Time is running out for the Buckeyes, and all their previous good work could potentially be undone by what is shaping up to be a disastrous finish. It would have been hard to imagine after picking apart Iowa at home, but Ohio State’s Big Dance bid could easily be slipping away — and it would have almost no case for getting in if the committee was factoring in how anemic it has been without Wesson. Holtmann has done a remarkable job getting his team to respond to adversity, but he’s got an absolutely massive test ahead of him now.