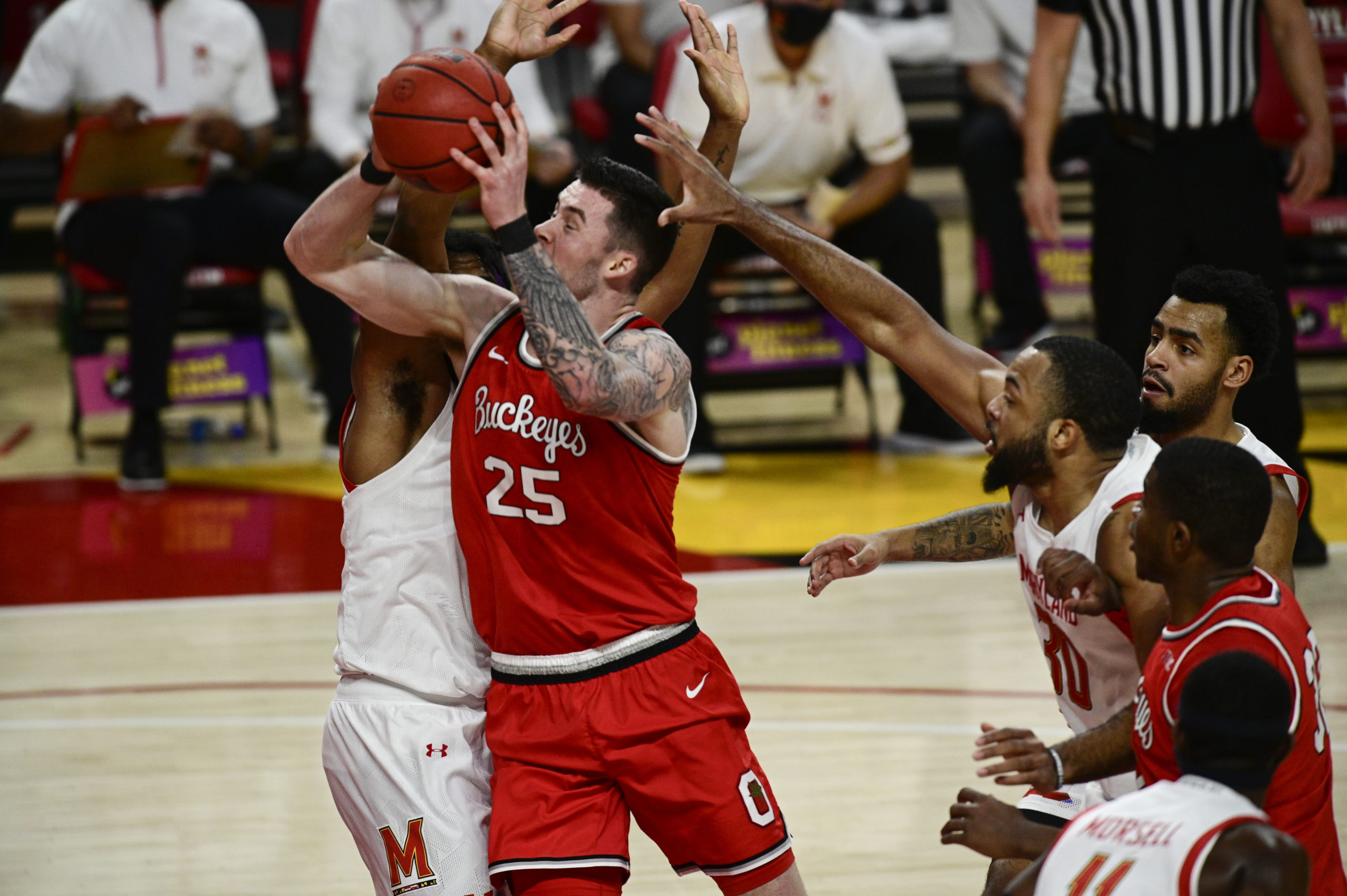 COLUMBUS — Ohio State will open the NCAA Tournament without one of its leaders and starters.

Forward Kyle Young — who missed the Big Ten Tournament semifinals and championship game with a concussion — won’t be available on Friday afternoon. The basketball program announced Young’s absence before tip-off on Friday morning.

The second-seeded Buckeyes take on No. 15 seed Oral Roberts on CBS at 3 p.m. in a South Region first-round game.

Young exited Ohio State’s Big Ten Tournament quarterfinal game with Purdue. After scoring 18 first-half points, the senior took an elbow to the side of his head, leaving the game only minutes into the second half.

The concussion is Young’s second of the season. He banged his head with a Michigan player in late February at the Schottenstein Center. 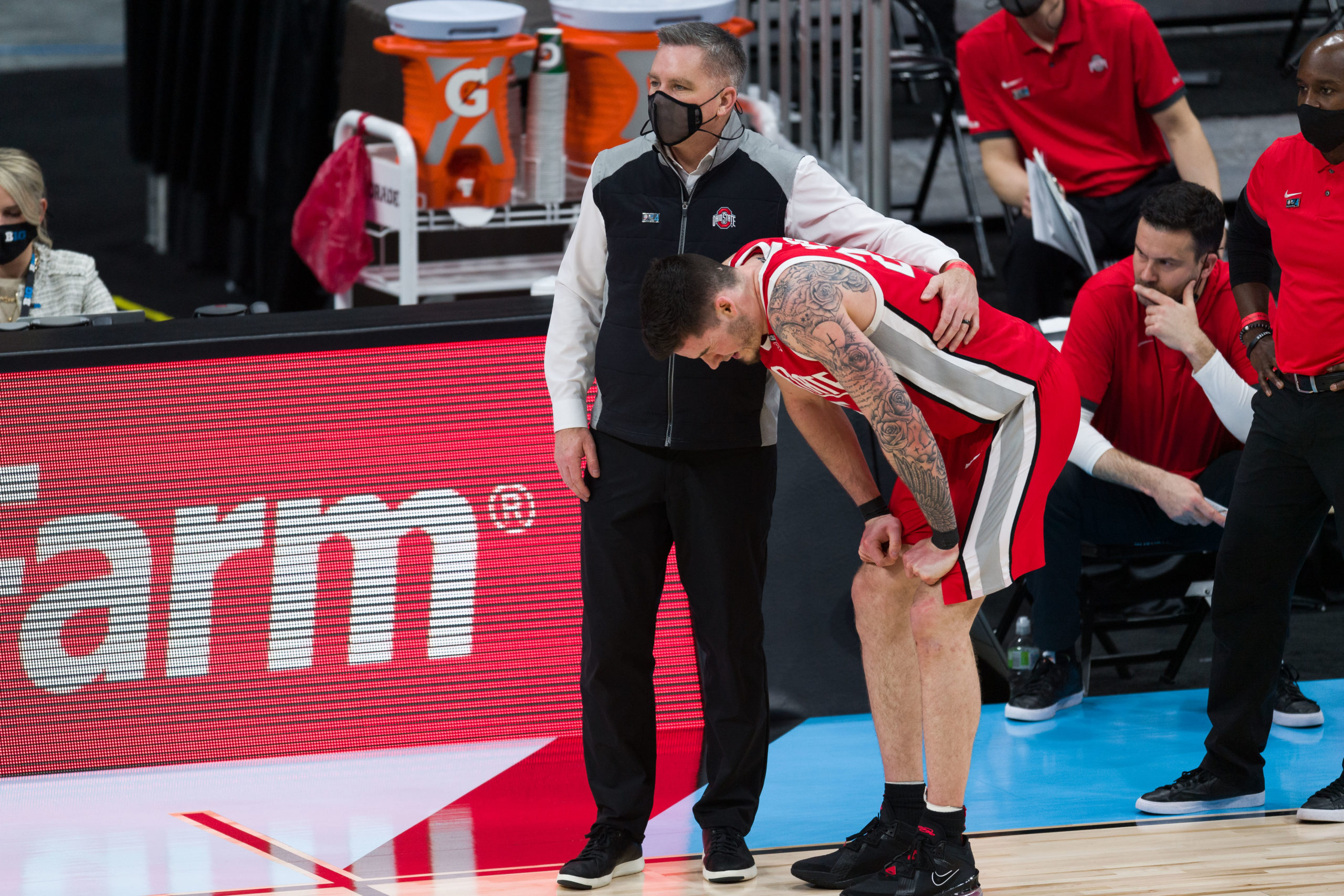 The 18-point output against Purdue matched his season-high, previously set against Maryland in early February. Young is averaging 8.6 points and 5.5 rebounds per game this season.

Ohio State finished the regular season on a four-game losing streak, but Young helped the Buckeyes get back on track in the Big Ten Tournament. Young had 11 points and six rebounds in their 79-75 victory over Minnesota in the second round before exploding for 18 points against Purdue.

Even though Young didn’t play against Michigan or Illinois in the final two games of the conference tourney, Ohio State hung his jersey in the locker room.

“Losing Kyle was big,” Ohio State forward and All-Big Ten selection E.J. Liddell said after beating Purdue. “You all saw the effect he made. You just saw the effect that Kyle had on the game and the impact. We picked him up and we got the W for him.”

Ohio State was already planning on relaying heavily on Duane Washington Jr. and E.J. Liddell for scoring production in the NCAA Tournament.

The Buckeyes will just have to lean on them a little harder now..