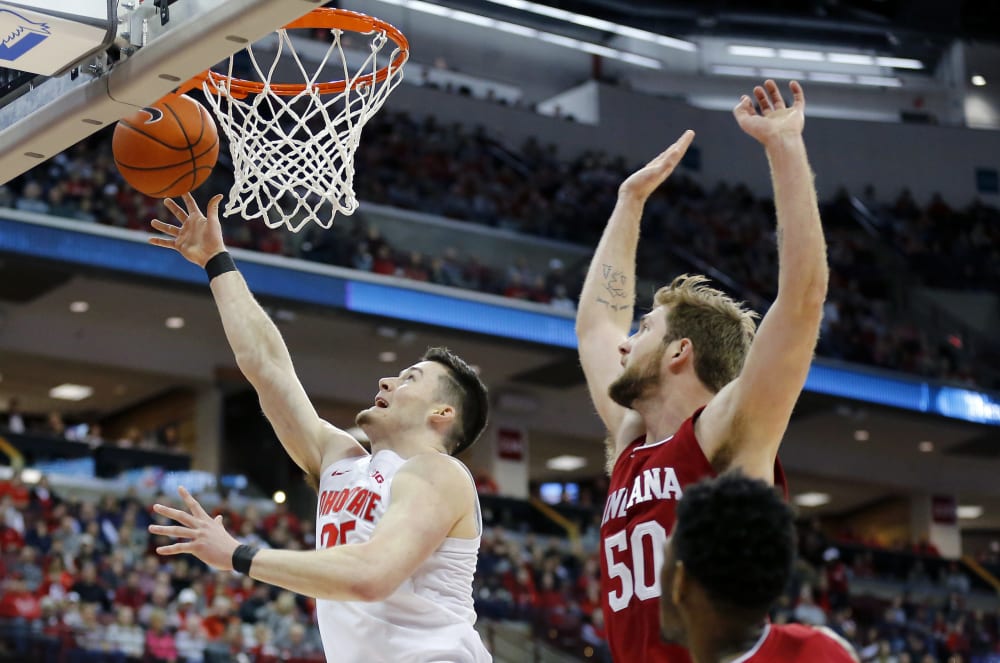 COLUMBUS — The signs of a turnaround are starting to show for Ohio State.

After a rocky January, the February edition of the Buckeyes finally seem to be back on the track they were on prior to Christmas.

They received good point guard play from CJ Walker. Role players such as Justin Arhens and Luther Muhammad contributed solid efforts. Even without freshman guard D.J. Carton, the offense appeared less stagnant than in recent weeks, and the ball ran though Kaleb Wesson the way Chris Holtmann wants it.

That’s not to say the Buckeyes are entirely fixed. But after two straight wins — one on the road at Northwestern and Saturday’s 68-59 win over NCAA Tournament hopeful Indiana — there’s a certain sense of confidence exuded by the Buckeyes that was lacking in January.

Maybe the home environment at the Schottenstein Center was just friendly to Ohio State for the win over the Hoosiers. Or maybe this is a turning point for a team that went from No. 2 in the country to unranked in just a few short weeks. The next few games in the Big Ten will tell that story.

For now, Lettermen Row is breaking down Three Points from the Buckeyes win over Indiana that helps their position in the Big Ten.

As D.J. Carton takes his temporary leave of absence to focus on his mental health, CJ Walker is the lone starting point guard on the floor for the Buckeyes. This isn’t new territory for Walker, who started for Florida State’s NCAA Tournament team a couple years ago. In Carton’s absence, Walker played with confidence that hasn’t been seen lately. He finished with 14 points and four assists. And that helped the Ohio State offense tick just a little better against the Hoosiers. Ohio State picked up a huge win to regain its footing in the Big Ten standings. And Walker’s confident play from the point guard position played a huge role in that.

Kaleb Wesson had a big second half for the Buckeyes. (Birm/Lettermen Row)

Kaleb Wesson was a unanimous preseason all-conference selection before the season started, and he’s certainly proving why that was the case. It’s not a secret that the Buckeyes run their offense through the big man from Westerville, and when Wesson stays out of foul trouble, he’s one of the most dominant post presences in the league. He did just that in Saturday’s win, scoring an efficient 15 points and grabbing 11 rebounds. The most important stat from Wesson? No turnovers. As Indiana attempted a second-half comeback, Wesson took the game over and powered the Buckeyes to a strong run to extend a lead and hold onto it down the stretch of the second half. He’s certainly playing his way onto the all-conference team, and he’s helping the Buckeyes begin to climb the Big Ten standings with tough games on the horizon.

The Hoosiers entered the game Saturday as a far-better rebounding team than the Buckeyes. But Ohio State seemed to work harder on the boards in their win. Ohio State out-rebounded Indiana 31-24, paving the way for second-chance points and extra possessions. Ohio State grabbed 11 offensive rebounds, while the Hoosiers could only pull four down. As Ohio State shot confidently, it also rebounded confidently and crashed the glass hard. It showed up in the stat sheet, and it ultimately showed up in the win column as the Buckeyes won their second straight before a road trip to Ann Arbor on Tuesday night.

Ahrens has been a spark. He has always been a shooter and nothing has changed.