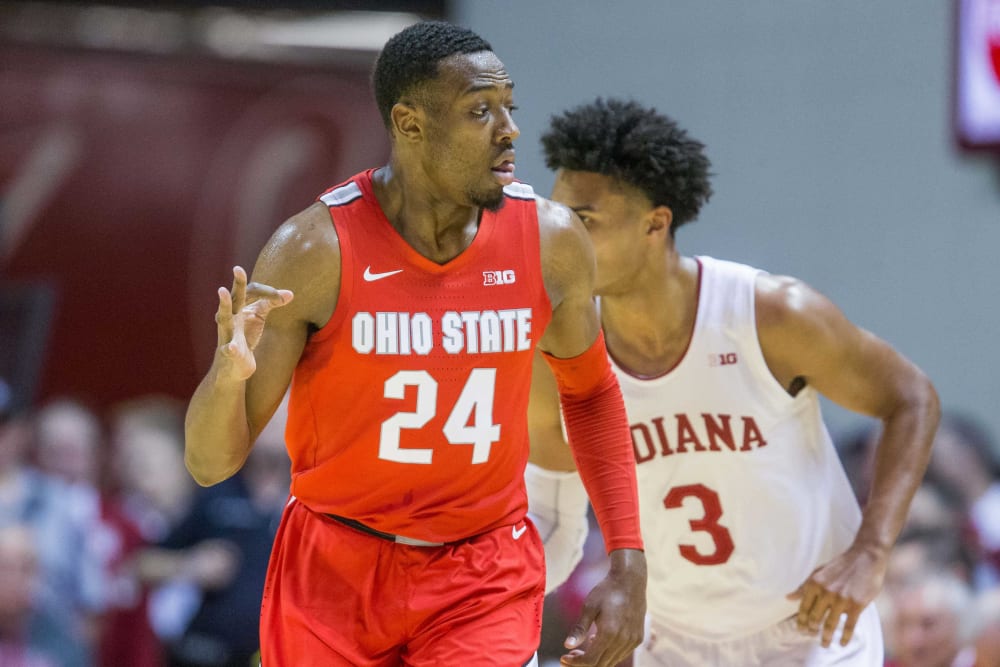 Andre Wesson and Ohio State were in a close fight against Indiana. (Trevor Ruszkowski/USA TODAY Sports)

Ohio State had plenty of chances.

Once again, the Buckeyes couldn’t capitalize and an ugly losing streak continued.

Indiana started fast, but it tapered off at the end of the first half. The Buckeyes didn’t take advantage. Both teams made Saturday afternoon’s game at Assembly Hall a rock fight to begin the second half. Ohio State’s offense went cold. Indiana shot poorly from the free throw line. Ohio State still couldn’t make the Hoosiers pay.

The No. 11 Buckeyes couldn’t take advantage of the numerous Indiana mistakes. For that, Ohio State lost for the fourth straight time, this time a 66-54 defeat on the road, to fall to a lowly 1-4 in the Big Ten. The Buckeyes are still searching for their first win since the calendar turned.

This loss was different than the others. Ohio State seemed to have ironed some issues out. It seemed ready to snap the skid and string together Big Ten wins to sneak back into the race for the league crown. Now, the Buckeyes will find themselves hosting Nebraska on Tuesday night and hoping to finally win a Big Ten game for the first time since early December.

Before that, Lettermen Row is breaking down the latest Buckeyes loss with Three Points.

Although Indiana started strong and grabbed a lead, Ohio State finished the first half on an 18-6 run and took a three-point advantage into halftime. The Hoosiers ended the first half without scoring a field goal for nearly 10 minutes to end the half. Even with the Indiana scoring drought and the Buckeyes shooting better than they had on their three-game losing streak, they couldn’t find any separation from the Hoosiers. Then Indiana went on a big 8-0 run to start the second half, reclaiming the lead and igniting the crowd. The Buckeyes had trouble the entire second half. Indiana finally began to make plays down the stretch to grab a lead Ohio State just couldn’t recover from. 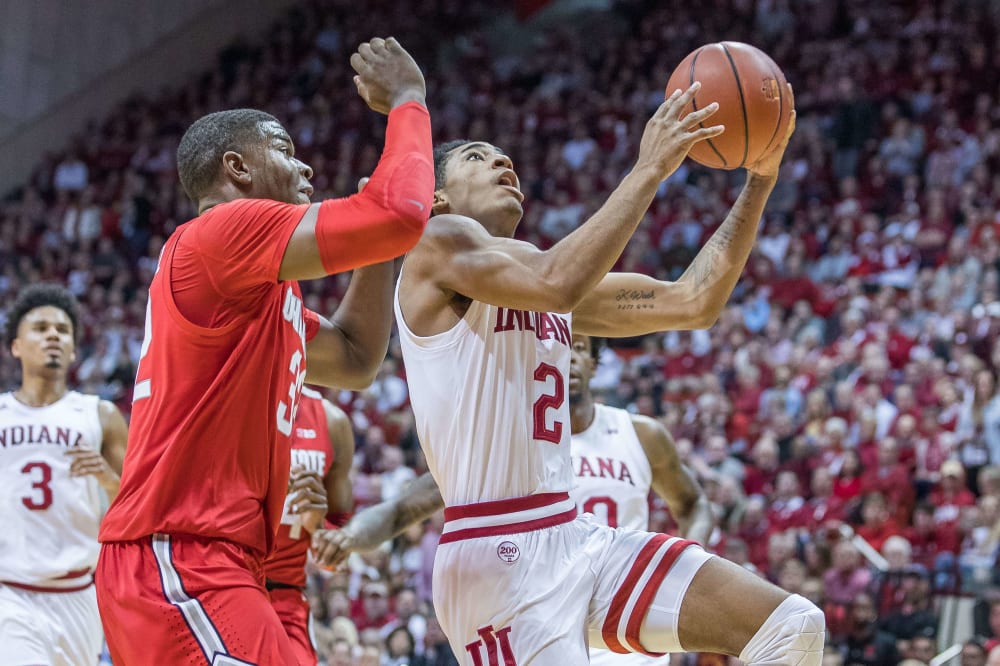 Ohio State struggled in the second half at Indiana. (Trevor Ruszkowski/USA TODAY Sports)

Offensive troubles reappear in second half

The Buckeyes seemed to have their offensive woes from the last three games behind them in the first half. Shots were falling and the ball was moving better. But the long stretches of no field goals and stagnant play sprouted back up in the beginning of the second half. Ohio State struggled, and Indiana took advantage. Kaleb Wesson went to the bench with his third foul early in the second half, and the Buckeyes had nobody in the post to run the offense through. Wesson has played at an all-conference level for much of the season, but when he isn’t in the court, Ohio State has trouble offensively. The Buckeyes have been held under 60 points in every game during the current losing streak. Chris Holtmann builds his program on defense, and the Buckeyes haven’t been terrible on that end of the floor during the losing streak. But the offense isn’t where it needs to be in order to compete in the Big Ten.

While Kaleb Wesson was on the bench, Ohio State struggled to facilitate an offense. When he was on the floor, he wasn’t his usual self in the paint. Wesson was just 3 of 11 from the floor, and because of that, Ohio State couldn’t sustain consistent scoring. That’s part of the problem with having a big man as the leading scorer, but that’s what the Buckeyes have to work with right now. If Ohio State plans on stopping its now four-game losing streak against Nebraska on Tuesday night and making a late charge in the tough Big Ten, it has to find another go-to scorer beside Wesson. If the Buckeyes can’t do that, the offense will continue to hold them back.