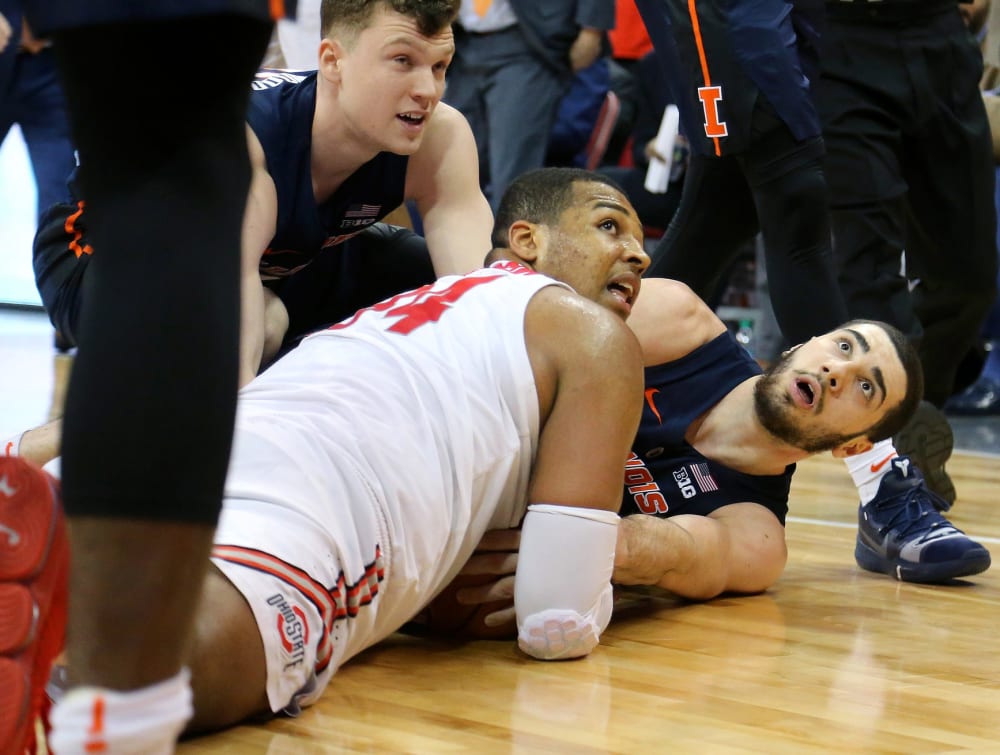 COLUMBUS — Ohio State was able to get most of the stains out from a horrible January. But a February disaster might wind up being a huge problem.

After climbing back out of the hole the Buckeyes dug last month and getting all the way back to even in Big Ten play, they dropped a game they definitely couldn’t afford to lose at home on Valentine’s Day to Illinois — a blemish that the NCAA Tournament might not be able to ignore by March.

There is still time for the program to again right the ship, just as it did after the five-game losing streak after New Year’s Day. But a 63-56 defeat to the Illini will stand out on the resumé moving forward, and Ohio State now is likely going to need to pull off a surprise or two as it sinks back into the bubble.

After the latest setback for Chris Holtmann and Ohio State, Lettermen Row is breaking it down with Three Points.

The same old problem with turnovers probably isn’t going away any time soon, so there’s really no reason to even address it at this point. But if Ohio State is going to continue to short-circuit its offense, it can’t afford to give extra chances at the other end to the opponent. That combination is going to get the Buckeyes in trouble down the stretch, and it was why they found themselves trailing to Illinois after giving up six offensive rebounds in the first half alone. The Buckeyes have really stabilized themselves after the struggles in January by not allowing new issues to pop up and linger, so the effort on the defensive glass figures to be an emphasis for Chris Holtmann as the schedule again gets tougher in the Big Ten. 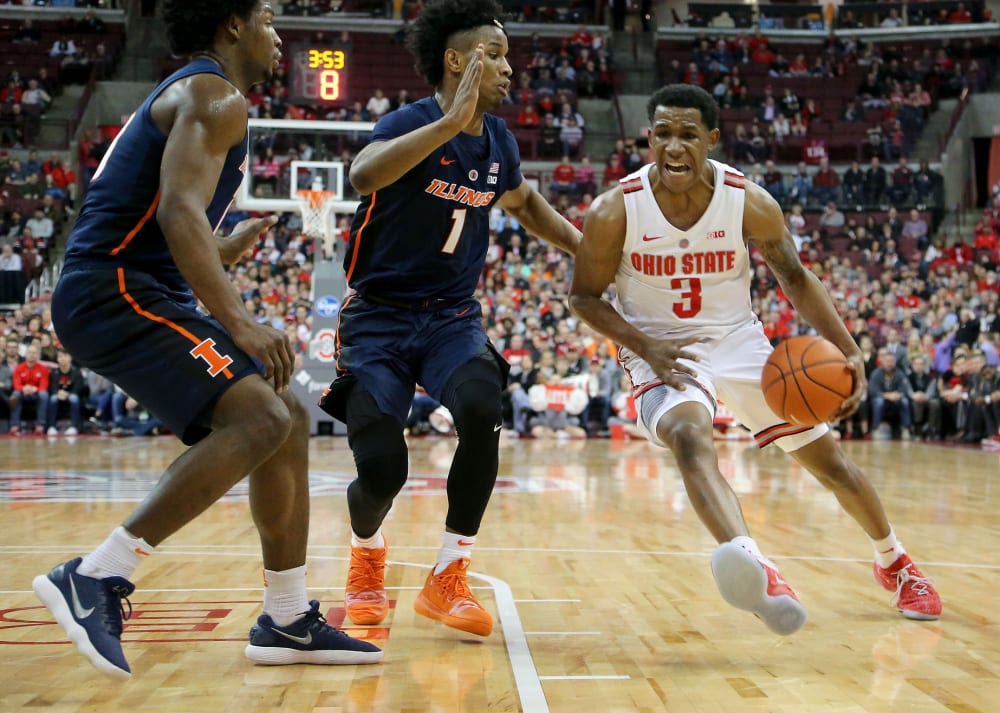 There is seemingly no middle ground with Ohio State guard C.J. Jackson. Either he’s knocking down big shots, aggressively attacking defenses to draw fouls and providing a jolt of energy at both ends — or looking completely lost, recklessly turning the basketball over and appearing to struggle with confidence. The senior deserves credit for the way he’s handled his responsibilities as a leader in a position that doesn’t appear to be a natural fit for him, and it’s also a tribute to him that he continues to battle back from mistakes. The Buckeyes can be a dangerous team if they can just find a way to level out some of the extremes with Jackson — or they can lose games they shouldn’t.

Time for Keyshawn Woods to step up

Ohio State can’t afford to just settle for glimpses at the upside Keyshawn Woods brings offensively. If the Buckeyes are going to put together any sort of consistent scoring moving forward, Woods is a guy who needs to be part of it considering his veteran experience, willingness to shoot and the minutes the program is giving him. Woods was a non-factor for the vast majority of the game, and while he tried to assert himself more in the attack late against Illinois, it wasn’t enough to overcome the slow start. There aren’t many other places Ohio State can turn to for production, and it will be in even more trouble if Woods can’t provide it.