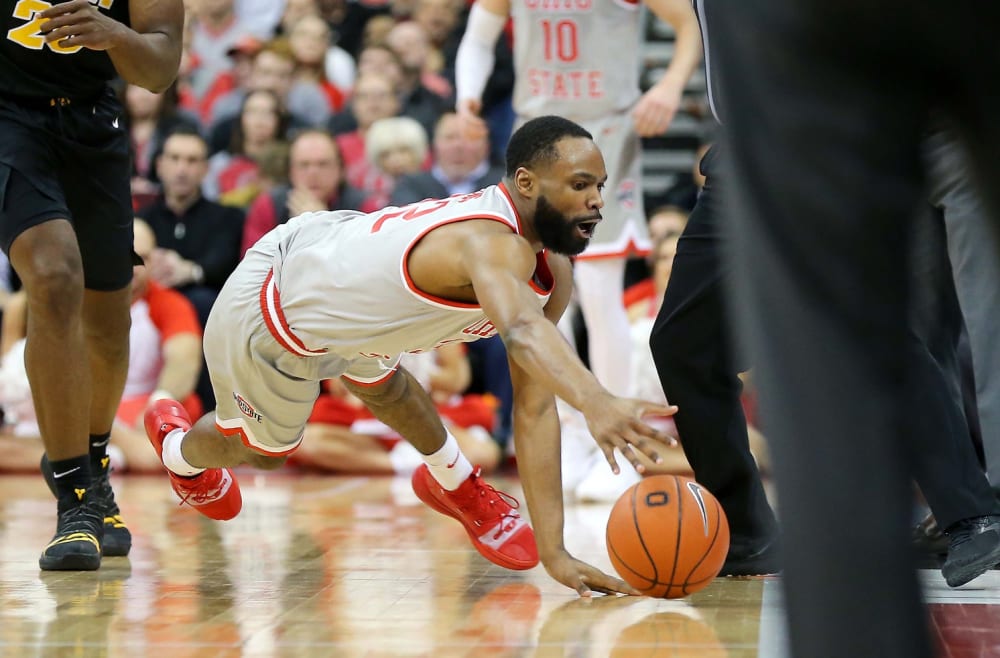 Ohio State basketball has its share of flaws, but effort has never been one of them under second-year head coach Chris Holtmann.

This could have been a lost season. It’s the year the bill came due for the recruiting blunders that marked the end of the Thad Matta era. Of the eight high schoolers signed in the Class of 2015 and Class of 2016 — players who would be juniors and seniors on this year’s team — seven lasted less than two seasons. As such, the talent level on this year’s team isn’t where it needs to be. Last year’s NCAA Tournament squad was led by Big Ten Player of the Year Keita Bates-Diop and a host of seniors including Kam Williams and Jae’Sean Tate. Those players are gone now, and the ones who were supposed to replace them have been gone for even longer.

A hot start masked some of the problems that this unit was always destined to face, but Big Ten play revealed the offensive limitations lurking under the surface. But give credit where credit is due: Ohio State plays hard for Holtmann every night, and that’s a big part of the reason the Buckeyes are almost certainly going to the NCAA Tournament as long as they can avoid a loss to lowly Northwestern in the penultimate game of the regular season.

Here was how I described the situation on Feb. 17, hours before the Buckeyes faced Michigan State:

“Five of those seven games are against ranked opponents. Let’s start by getting one thing out of the way. Ohio State has to win both games against Northwestern (which has a 3-11 Big Ten record). That’s pretty much non-negotiable at this point unless they’re picking up several ranked wins… and a team that loses to Northwestern doesn’t seem likely to do that.

“Assuming the Buckeyes do that, they’ll need to pick off at least one, possibly two of those ranked opponents.”

More and more it’s become clear the answer was that one non-Northwestern win would probably do the trick, but the Buckeyes were struggling to the point that getting that result was cast into doubt. One thing made me think it was possible: Ohio State doesn’t waste games. If you compare Ohio State to Indiana, the two teams are pretty similar overall in most ways except one. The Hoosiers routinely quit and throw away games. Ohio State never stopped playing hard for Holtmann, and if you do that enough times you’re eventually due to either catch lightning in a bottle or catch an opponent on a bad day.

Tuesday’s 90-70 win against Iowa might have been both. Afterwards, Holtmann spoke about the players who never stopped fighting despite losing five games in a row in January as well as three of their last four.

It all came together on Tuesday in a game that probably sealed Ohio State’s fate as an NCAA Tournament team.